Well, it has been several weeks since I had the chance to play any games. The WW1 game of  a few weeks ago was a highlight, with photos sitting on my laptop partly processed into thumbnails etc ready for a full battle report on 'The Great Adventure', but time has been of the essence. Work seems to interfere with life a little much at times, and my other leisure pursuits have been very demanding.. dancing this rock and roll stuff takes a lot of training (but resulted in a gold medal in a regional competition last week.. well worth it).

So, when Nick called and suggested a DBA game tonight I wasn't  going to say no.. never let a chance go by.

Keith recently posted on the DBA year ahead, much of which presumably will be played in 15mm, but it shouldn't be forgotten that the local DBA scene goes back quite a few years with a number of us having built and painted numerous 20mm armies. Nick brought out his 20mm Mountain Indians and Persians (both Book 2 armies), and the game saw the Indians having had enough of these Persian invaders, talking the initiative to push back against the Persians. 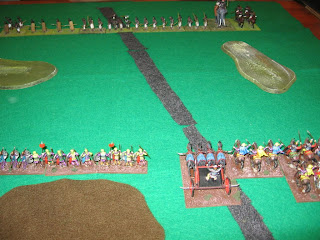 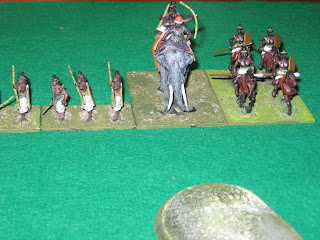 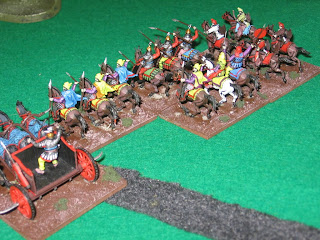 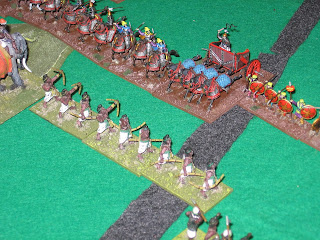 First contact saw the Persians push into the lighter Indian line, recoiling the Indians.. here the Scythed Chariot has followed up a recoiling Auxilia (I've always felt that a Persian army without the Scythed chariot is missing something!!). 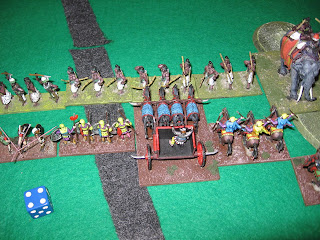 However the chariot didn't last long, losing the very next round of combat, and disappeairng!! 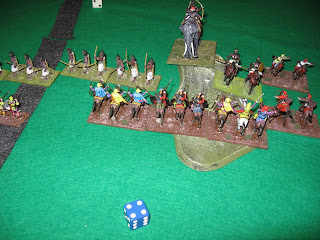 The Indian blade element then eliminated one of the Persian spear, and the Persian battle line was looking more than a little fragmented. 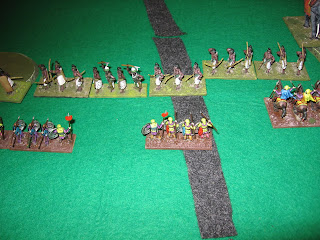 The Persians however continued to work their right where they held the cavalry advantage, eliminating first the two Indian Light Horse, then manouvring onto the flank of the Elephant General. 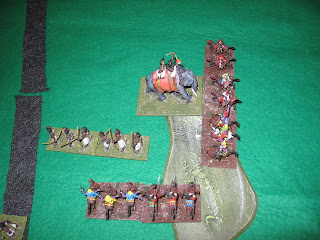 His fate was sealed. 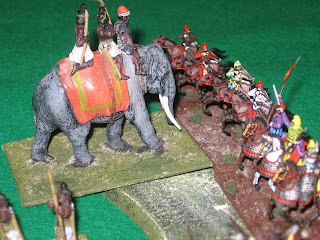 In all fairness to Nick however two consecutive moves with a PIP die of 1 meant that he was unable to push his advantage in the centre where he had broken up the Persian line. We both agreed that this probably cost him the game.

It was one of those very cool games, played in good company, and  avery enjoyable break from work and life in general.
at February 27, 2010 No comments: