Another Saturday of small battles

First Saturday after the great 12 hour paint-a-thon, and the College boys had a HotT game and a 40K game going on.

The HotT game saw the greeblie army taking on my own Spiders. This was the first game with the completed greeblies on painted bases. 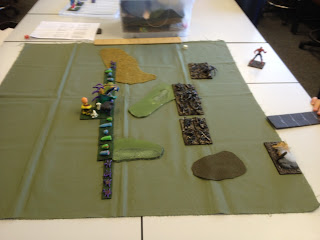 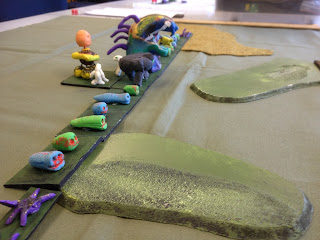 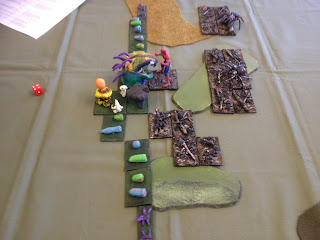 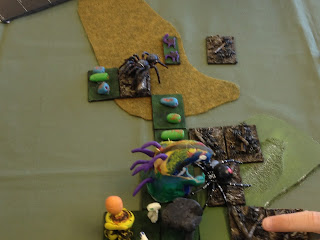 It was a Greeblie victory. 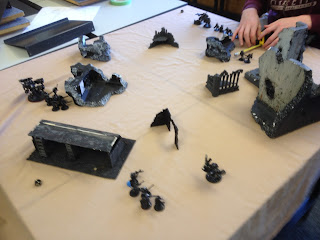 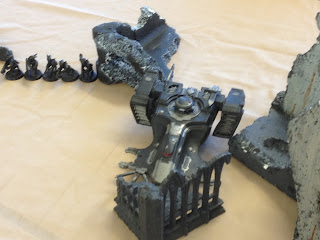 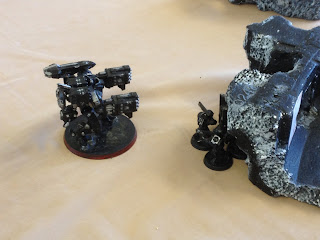 Warhammer 40K - in which my own incompetence is punished

Well, it's been a while but I finally got together with Adrian for a game. We chose Warhammer 40K. Why? We don't think the rules system is that flash but it is workable, and we love pushing the gorgeous miniature around the table. We have reverted to 4th edition, and are very happy with the games we get from the system.

I opted to field my Lost and the Damned army, while Adrian chose his Tau.

The scenario saw us set up in opposite table quarters, with control of quarters as the defining victory condition. Adrian managed to score first move, and the L&tD casualties kicked off straight away. 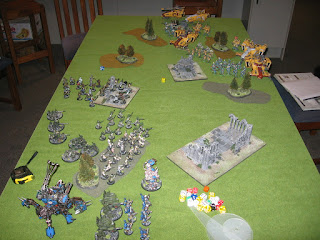 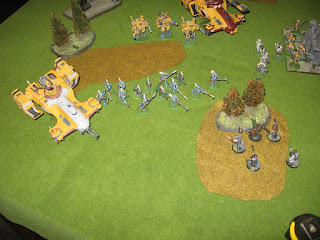 By the end of turn 3 it was all over. My Traitor Thunderhawk Gun ship had failed to pass a reserve roll, and so never appeared, depriving me of some essential firepower.

Mind you, as we sat and dissected the game afterwards I realised I'd misread my own army lists and had failed to use two further Traitor squads. So I'd effectively had 1100 points against Adrian's 1500 points. Adrian had repeatedly said he couldn't understand how he'd managed to outnumber me so much. Good reason.. incompetence on my part.

But when it was all said and done, we'd pushed some cool figures around the table, and had a good yarn in which we'd solved a significant number of the world's problems.
at September 05, 2015 No comments: