I'm slowly catching up on the rather large backlog of painting projects. A few weeks ago it was the DBA Minoans, now it's the majority of the long unpainted Epic Space Marine forces. Tonight, a unit of Whirlwinds, another of Land Speeders, and two each of Terminators and Devastators finally left the recruiting depots and hit the table and took the limelight with a photo oppoprtunity.

The remainder of the Epic Space Marine forces are a mix of Chapters, but these reinforcements are all Blood Angels.. no reason other than that I like the colour red on the table top, it is easy to see with my slightly dodgy eye sight.

They were all undercoated black, then given a base coat of Scab red, a highlight of Blood Red, a Badab Black wagh, and then highlighted with a red/yellow mix, before detials were picked out. 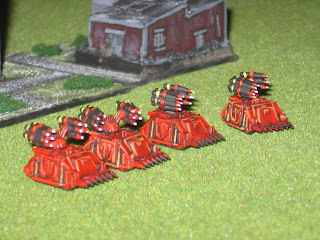 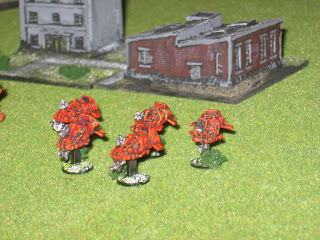 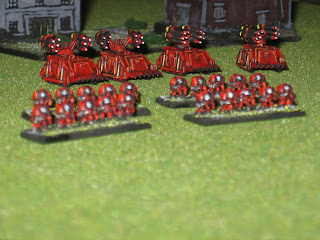 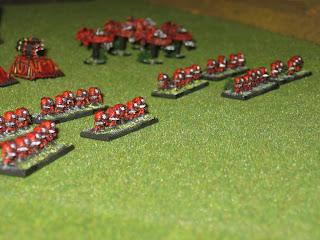 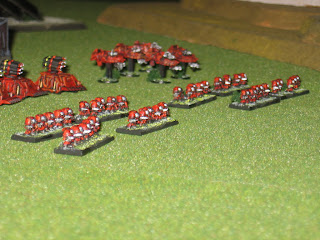 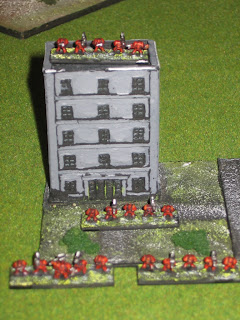 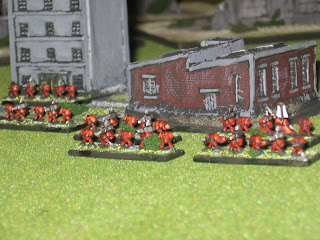 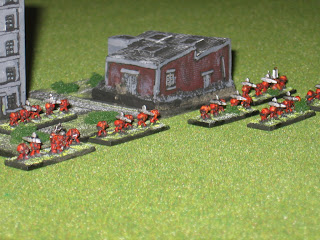 There's still a little to go, a Titan and two Warhound Scout Titans, and a Thunderhawk. We'll get there. Now.. where was I? Oh yes, there are some rather cool flyers for the British VSF HotT army waiting for some attention. Stay watching.
at September 11, 2011 1 comment: