Well, various life events (none of them bad I hasten to add) just seem to conspire to get in the way of any games, but I am still noodling along with a little painting.

I've just finished another five of the GW 2nd edition Orks, for the Warpath Marauders army (in which they are called Orx). This completes four units, enough for a small game. 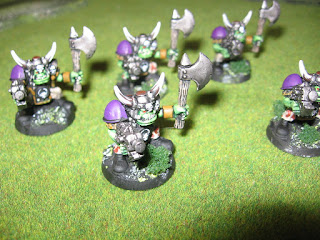 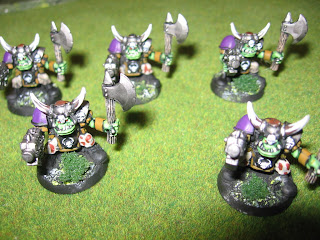 So, just pondering what to paint next.. all part of the 'let's pick off some of those half finished projects for which I've had some of the figures sitting in boxes for years' ambition that I've had for the past year. Odd really, as this is not an inhibition that normally affects wargamers now, is it!!!
at February 06, 2013 1 comment: