French Forces for the France 1940 campaign

Ours is a hobby that has a number of recognisable 'moments of excitement'. There is the conception of and commitment to a new project, the completion of a new project, and the appearance of new troops on the table. This is a record of the second of those three, the completion of a project that arose some months ago, the decision to expand a small French force to sufficient size to be able to field attack and defend lists for a French army in the France 1940 campaign. I have a selection of 6mm French forces (about a battalion of infantry, and a small selection of tanks and artillery pieces) that I had painted back in the '90s.

Expansion meant requiring up to five battalions of infantry, and a range of AFVs to suit any of the OOB options - infantry, armoured division, and Light Mechanised Division. Finally this week I managed to finish the painting and basing. There is still the base labelling to be done.

So, despite poor photography, here is the finished product. The figures and vehicles are all from the heroics and Ros range. 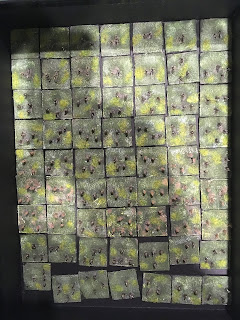 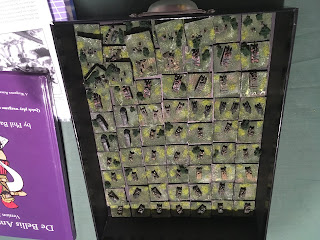 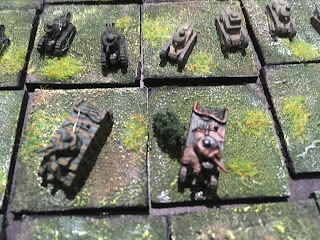 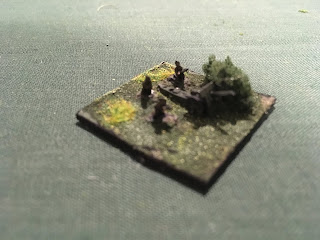 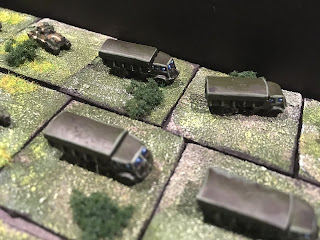 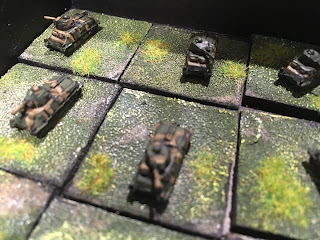 While away on a brief break between school terms, I made the obligatory visits to the local bookstores, and found this. 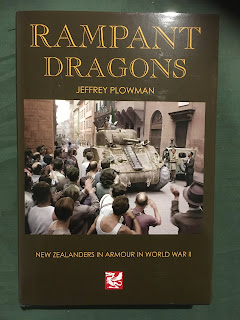 I have known Jeff for several decades, but our contact has been sporadic at best, and I was unaware that he had published this book, the first edition coming out in 2012. This is the story of New Zealand armoured units in World War 2. The physical production values are very high - this is a very high quality piece of production, a beautiful book. That quality is very appropriate because Jeff's work tells an important story in New Zealand's military history.

This is not the story of armoured divisions battling it out on the steppes, or the plains of northern France. This is the story of New Zealand men adapting to armoured warfare. Their story begins in the early days of New Zealand, spans a brief sojourn in the Pacific, and then into the middle east, before seeing them tackle terrain which all too often did not favour tanks as they fought in support of the New Zealand Division infantry battling north through Italy.

Jeff provides a solid narrative background, and builds the colour and the nature of the human experience through the words of the men themselves. His driving motivation lies initially with the experiences of his own father in North Africa. With this in mind he has spent what must have been countless hours interviewing the remaining survivors, gathering what is effectively an oral history archive that documents their experiences through the North African and Italian campaigns.

It is an engaging and compelling story. As a former member the Royal New Zealand Armoured Corps, I have to say that I can't help feeling that Jeff's publisher has done this story, and Jeff's work, a gross disservice. I had no idea it existed until I found this copy remaindered on a book store shelf. I have no doubt that many ex and current serving members would have bought copies and supported what for us is an important record of the RNZAC legacy. I know I would have.

My only criticism, and it's relatively minor in the context, is that the editors needed to pay more attention to thorough proofing. There were too may typographical errors for my liking., That said, I was still finding typographical errors in my own best selling publication after three editions.

All I can say is thank you Jeff for creating this wonderful piece of work. I have ordered another of your works on the strength of this.
at October 09, 2019 No comments:

The ebb and flow of battle - A Franco Prussian War game

These smaller Franco Prussian War games are proving very appealing, and most challenging. We are able to play a game in a couple of hours (depending on the yarning and beer drinking), creating a most engaging distraction from busy work lives.

This was last week's tussle, again using our Heroics 6mm armies. The French began with a division on table and stationary, with reinforcing divisions to come on at random turns between turns 2 and 4.

The Prussians entered the fray with one corps (two infantry divisions and a reserve cavalry division) turn 1, and the second randomly between turns 2 and 4. Prussian entry had to be within a fixed distance of their Line of Communication, hence the relatively constricted looking position at the end of their first turn. 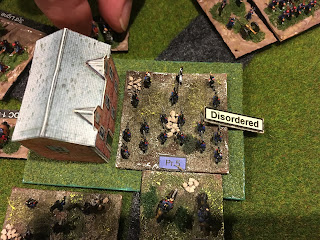 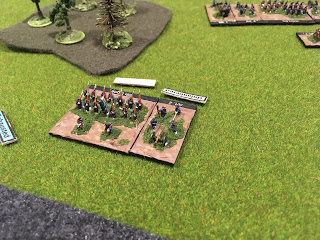 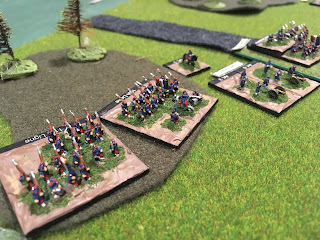 This was a fascinating game. After initial success, the battle turned against the Prussians with several attacks which might most usually have succeeded all turning to a shambolic route. After all, it's a game with dice, and this stuff happens.

However, regardless of the outcome this was another deeply satisfying game of Volley and Bayonet. The capacity of the rules set to cope with the numerous sub periods within the 1700-1900 period with only minor tweaks to the mechanics continues to enthral and excite me. The base mechanisms are the same, but the differences in outcomes generated by the seemingly small adaptations to the rules make each sub period feel significantly different. What's more, each sub period has the table top 'feel' that seems to match the written sources describing the ebb and flow of battle. Still my all time favourite rules set (and that is said after fifty years of wargaming).
at October 08, 2019 3 comments: