I'm currently undertaking my third (and hopefully final) attempt at assembling the GW Dwarf gyrocopter. My previous two attempts, using two different types of superglue, were to no avail, the complete assembly falling apart on me. The kit was therefore put aside for quite some time (well, over 12 months actually) and I've finally decided to take it out and try again.

So.. a little research on the web first, and I find comment that this may well be rated as the most difficult assembly in the entire GW range.. fantastic!!

The consensus was however pretty clear: you need to pin the model, especially the rotor assembly. So pin it I did. The holes were drilled with a long unused motorised drill of French manufacture, and pins were inserted down the length of each blade, and throiugh the hub itself. It was glued with two part epoxy. I also picked up another very cool tip: glue the rotor hub to a washer - inspired!!

So here is a photo of the rotor assembly from the underside at that stage. 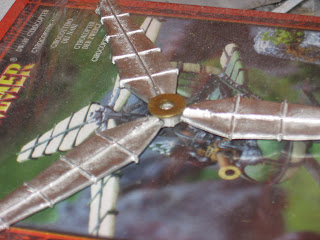 I then went on to strengthen the hub further with a band of green stuff, creating what now looks like an elegantly enlarged hub, perfectly in keeping with the concept of dwarf engineering.

The landing skids also required pinning, and the assembly is now being painted - photos to follow.
I haven't been this challenged with any model since I used to scratch build models of ships and aircraft as a teenager - those were the days!
at December 05, 2011 2 comments:

And now for something completely different

Adrian and I had been trying to arrange a Marlburian game for a couple of months, and finally managed it last night. The game was a fictional one pitting Imperialists against French, and we used Adrian's 5mm Marlburian armies. I was too involved in the game (commanding the French) to gather a detailed AAR, so here are just a few photos from the game.

The game was loosely based on some historical OOBs with the French outnumbering the Imperialists, and with a generally lower morale grade army. The battle was fought using the Volley and Bayonet rules.

My French Horse were first to strike, tackling the end of Adrian's defensive line. 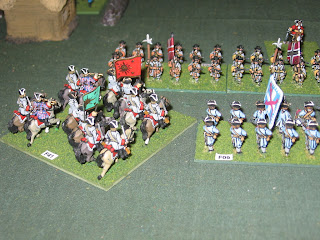 The other end of Adrian's line was anchored on a town sector which he quickly occupied with some dismounted dragoons. 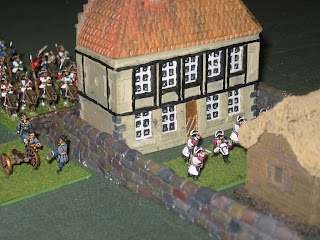 The lines went toe to toe in the centre. 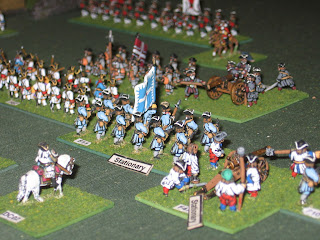 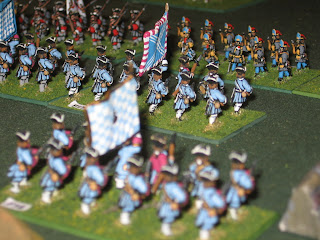 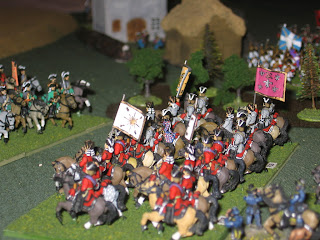 I tackled Adrian's right flank with this column style push (must have been thinking about Marlborough himself). 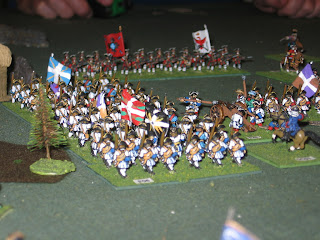 The game ended in a French victory, having driven three of the four Imperialist infantry commands, and one of the two cavalry commands, into exhaustion. Just another damned good game using Volley and Bayonet.... and a nice change away from fantasy to some good solid historical gaming.
at December 04, 2011 2 comments:

Finally for HotT Carnage a few random shots of my other games... just to showcase a few HotT armies.

First up, Carruthers had to take on some wild stuff from the Lost Worlds ... 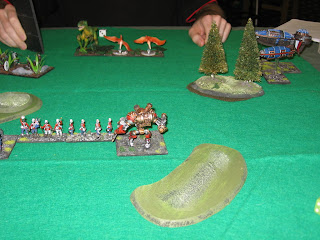 The airboat fleeing from a magician's curse... 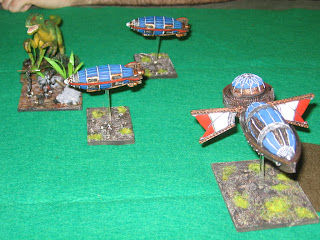 And the savage warbands closely engaged the British shooters .. 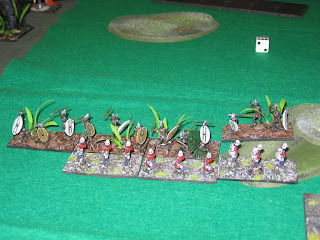 Having disposed of the magician, the airboat came to the support of the shooters, and it was all over really.. 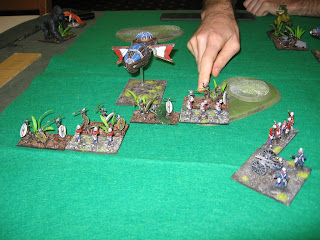 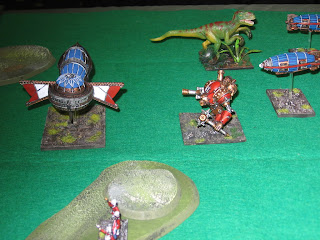 Then it was the turn of some pesky dwarves .. 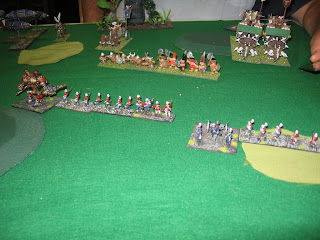 The Dwarf hero seemed mighty interested in the airboat, but couldn't quite reach him... move distance you understand, not a politically incorrect comment on his height... 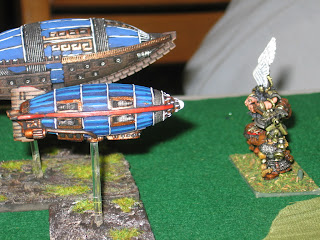 The imperial flyers did some fancy manoeuvring while the steam robot behemoth stomped all over the dwarves..now that's definitely not politically correct.. oh dear... 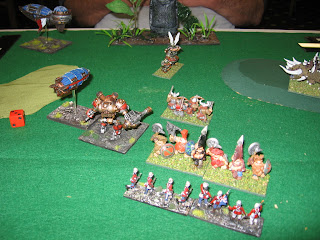 HotT Carnage 2011 was a pretty amazing little competition, even though this year numbers were down to 6 players: Mark, Gordon, Kevin, Stan, Nick and me.

That made the draw pretty simply, 5 games, one against everyone else. I reported last week on my most amazing game against Nick, and Stan's wonderful 'Thomas the tank engine' army (my two losses for the day) but omitted to say that it was Nick who took a well deserved win for the competition - his first since we began the biennial HotT competitions in 2008.

With some time up our sleeves at the end, four of use remained behind to play a Big Battle HotT.. well a double battle actually. Nick and I took the two British VSF armies against a bunch of rebellious adventurers and some swarthy Zulus commanded by Kevin and Gordon. Carruthers being Carruthers, he shared command rather than cede control totally to any 'johnny come lately'!!!

Here are just a few shots from the game which ended in a British victory over the uncivilised hordes (well what else would you expect of Carruthers, eh wot??). 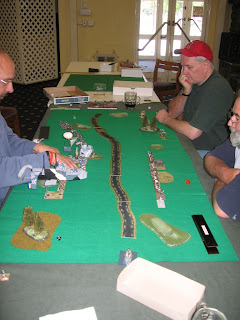 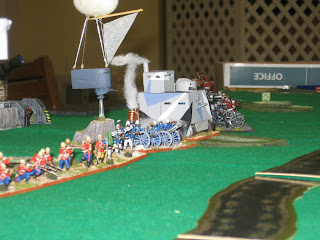 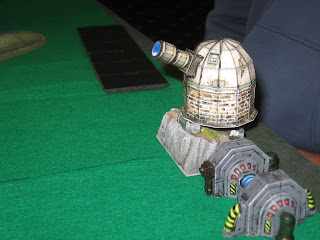 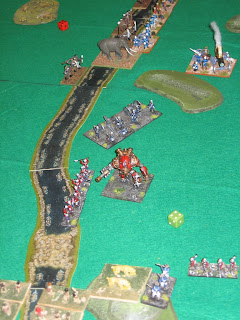 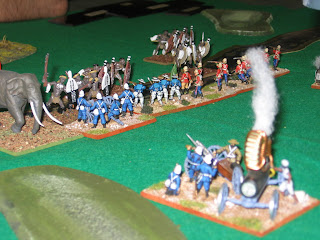