A few weeks ago good friend Adrian Powell and I played a Volley and Bayonet game using forces from the French Revolutionary Wars. The armies were French and Prussian, with the French on massed bases, and the Prussians on linear bases. We wanted to try out the skirmish facets of the newest edition of the rules, as we felt some scepticism about this facet of the rules.

I am pleased to say that the rules still worked pretty well.

Below are a few photos of the action. The photos are 15mm, from Adrian's collection. 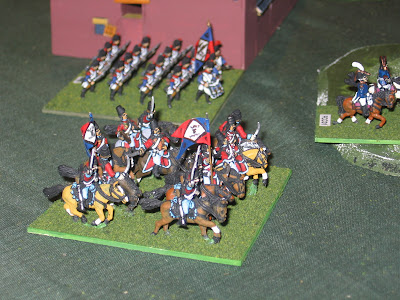 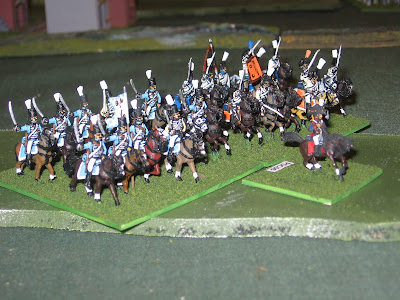 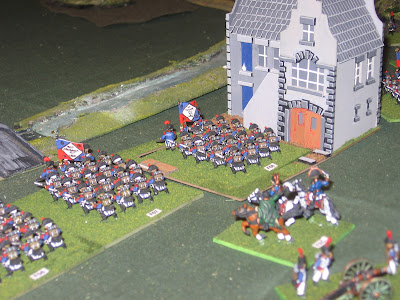 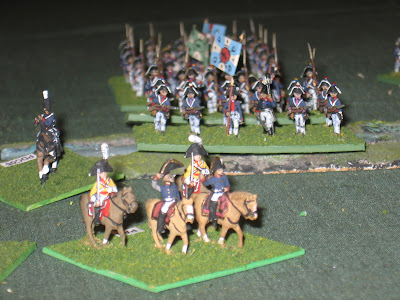 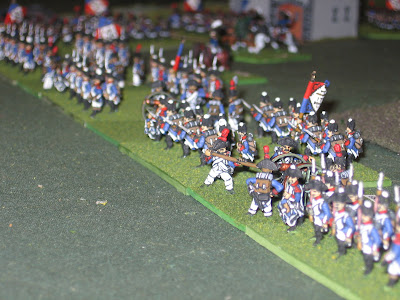 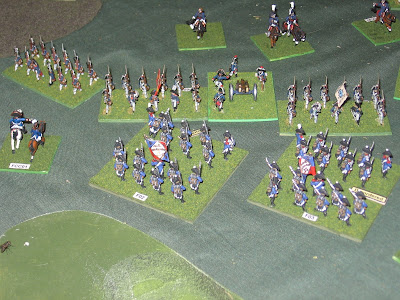