Friday night games again.. and this week Adrian and I fought a couple of games of Armati using his 15mm armies.. this time with an eastern flavour: Moors versus Turks. Here is a selection of shots from the second of the two games we played. I was pretty comprehensively trounced in the first, but the second was very close. 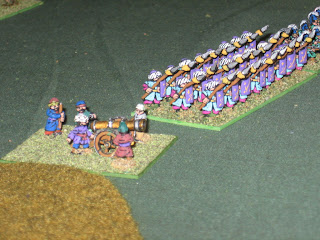 Turkish heavy cavalry his the Moorish line of Militia. The Militia stood up pretty well. 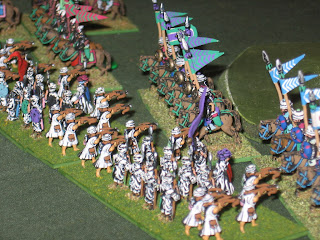 An overview of the crunch point of the game when both sides pushed their cavalry left flanks into the opposing right flank of infantry. 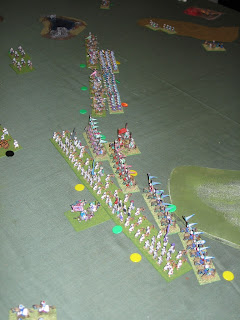 Turkish spearmen, with Janissaries in the background of the shot, facing the Moorish knights. 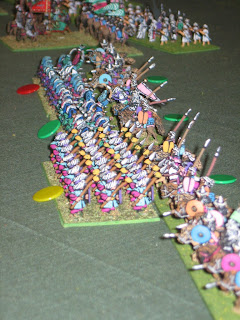 Moorish militia taking the charge of the Turkish knights, supported by their own artillery. 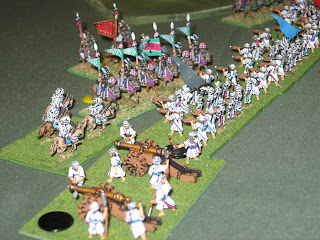