Well, the winter renovations are complete (well, the barbarian hordes renovations anyway). There are 36 bases of war band. I touched up chipped and damaged paint, gave them a black wash, added highlights for flesh and a few other colours, painted the base edges black and added static grass to the bases. The figures still have broken spears etc but I didn't bother with replacement (yeah I know, lazy eh!!!).

So the barbarian forces renovations are complete. The war band need some cavalry additions which I'll contemplate at some stage. 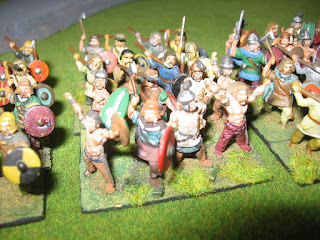 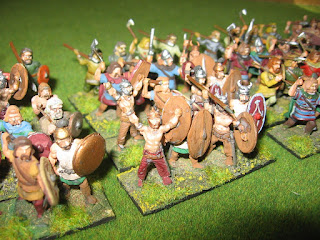 Here is the warband horde in all its completeness and glory. Thirty six DBX/HotT bases, or nine Armati units. 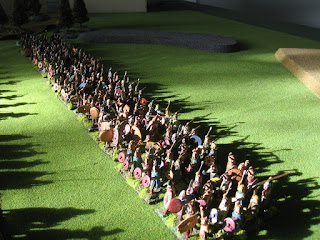 And here are the two barbarian armies in their entirety (well, almost.. I did buy a couple of HotT additions which I'll put up when I've finished them.. a wee surprise there). he Hun/nomadic barbarians at the front, and the war band army at the rear. 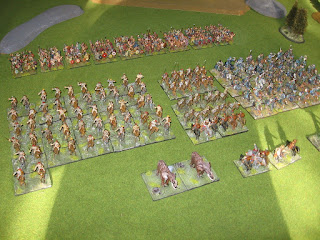 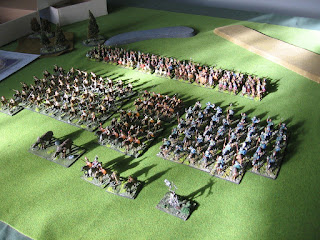 This is far more than I'll need for DBA or HotT (or Kings of War), but produces nice armies for larger Armati games.

Now, I guess I should renovate the Early Imperial Roman army to provide a nice opponent for these guys in the traditional ancients rules sets.

Photos just in of Andy's Cat God for his semi historical Egyptian HotT army. Just had to share .... 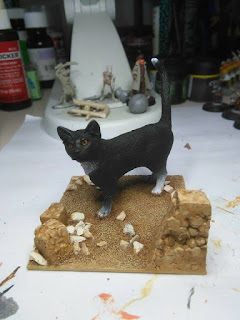 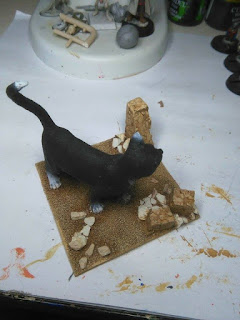 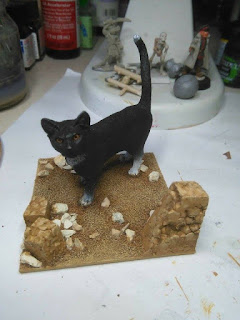