I thought I'd dig out a little more information on the Crisbecq emplacements  that I visited during my recent Norman travels. Here are a couple of interesting links:

The Official site of The Batteries of Crisbecq, and a site dedicated to the memory of the Battle of Normandy
at October 09, 2010 No comments:

Very good friend Pete recommended the book ‘Ivan’s War’, by Catherine Merridale to me some time ago.

If I were ever to be in a position to write history, this would be the type of history I’d like to write. Ms Merridale’s book followed on from her previous title ‘Night of stone: Death and memory in Russia’, and is the result of extensive research using primary archival material now accessible in Russia, and over 200 interviews with WW2 veterans still alive in Russia and other states of the Russian Confederation. I can only describe the book as remarkable.
From the back cover:
‘Ivan’s war’ is the first book to put the experience of the ordinary Russian soldier at the heart of a narrative of the war on the Eastern Front. Ivan, the archetypal Russian infantryman, emerges at last as a human figure in Catherine Merridale’s magnificent and widely acclaimed work.
Ms Merridale succeeds in cutting through 70 years of stereotypes to reveal the true nature of fighting on the Eastern Front, revealing the Russian infantryman as human rather than superhuman, a man (or woman) who suffered from starvation and cold, who responded to fear as any other human being will do, and a human being who was as susceptible to the excesses of human behaviour during and after the stresses of battle as any other man. She demonstrates the extent to which official reporting of the war covered up or ignored pillage and rape by the Russian soldier, without in any way demeaning those soldiers nor their experiences.
I could best describe the book as ‘profound’. I’d suggest that, with the new knowledge this book presents, ‘gamers with an interest in the eastern front 1941 to 1945 cannot claim anything like a reasonable knowledge of the history of that war if they have not read this book. For me this was an epiphany!!! It is a most amazing read. As I said in my opening paragraph, if I were ever to write history, this is exactly the sort of history I’d aspire to write.
at October 07, 2010 No comments:

Lingering in the Louvre ...

This was my third visit to Paris ( I just love the city), but the first time I managed to make it into the Louvre. I managed to snap a few photos of material that seemed appropriate to the blog. I was surprised that there seemed to be no limit on flash photography. Having worked in the museum world for 8 years, and gained a Post Grad diploma in Museum Studies, I am keenly aware of the issues, and actively sought out something to tell me I couldn't take flash photos at all, but found nothing. I still limited the shots, and tried to use natural light where possible.

How could you visit and not include a couple of snaps of the man himself, Emperor Napoleon. This first is Napoleon crossing the alps. 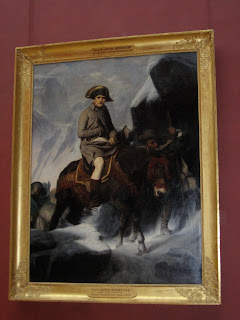 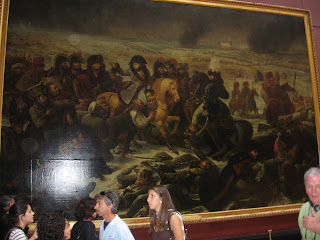 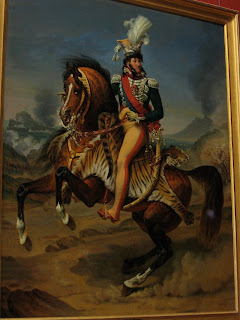 And just for something a little different, Marcus Aurelius. 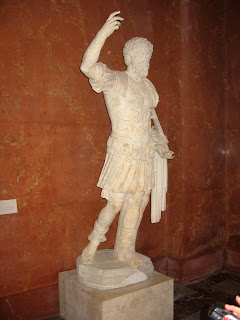 There's no way these photos can do justice to the works, or the institution.... you just have to visit, take a seat in front of them, and ponder for a while. We spent an awesome (but exhausting) afternoon there, and Lorraine enjoyed it as much as I did.
at October 05, 2010 No comments:

More photos from Crisbecq on the Cotentin 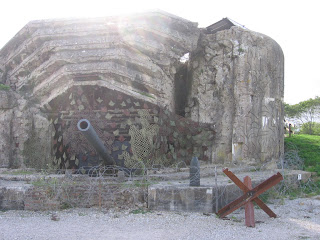 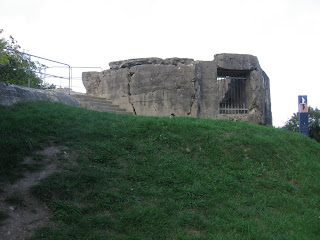 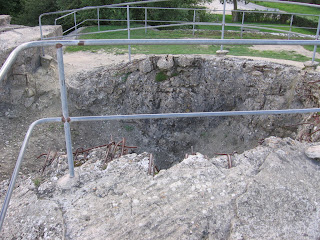 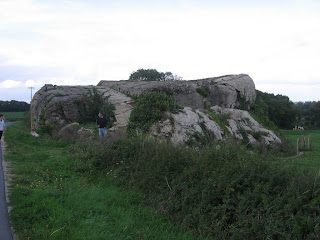 Here are a couple of views of some open emplacements around the main pillboxes, mostly AA emplacements at a guess.. happy if anyone can add more information. 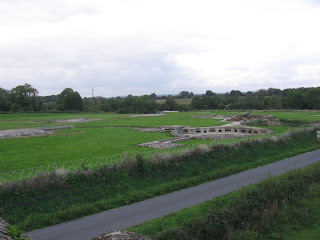 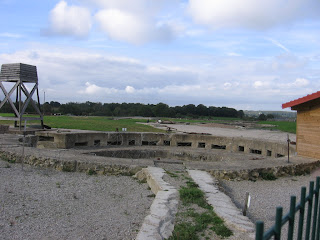 One hell of a battering ...

On our last afternoon in Normandy my brother Wayne indulged me and, after a quick look at that airship hangar at Ecausseville, he took us around a couple of WW2 sites that are almost on his back door (i.e. within 5 km or so).
The first site was that of the German emplacements at Azeville. From these photos you can see that they had been attacked, and there were plenty of signs of hits on the concrete emplacements themselves, although the pillboxes themselves were still entirely intact. It is impossible to tell what effect the hits would have had on the occupants, but there were no immediately obvious physical signs of their experience (although it would be hard to imagine them being unscathed in some way). 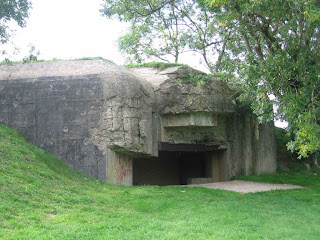 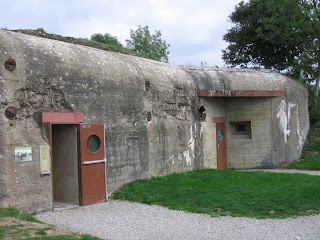 We then drove on to the emplacements at Crisbecq. Now from this first photo you’d say, more of the same… 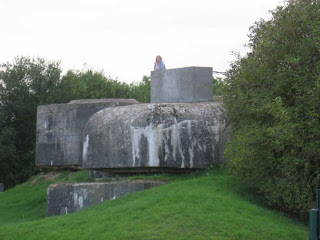 But this was clearly a different ‘kettle of fish’. These views of the damage inflicted on the concrete alone leave you with a pretty good sense of the horrifying destructive power that had been unleashed on these emplacements. 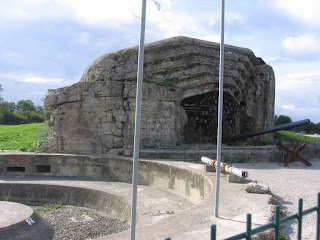 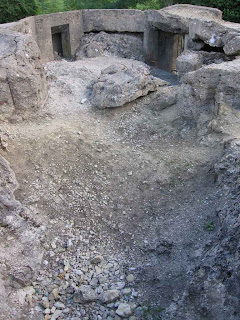 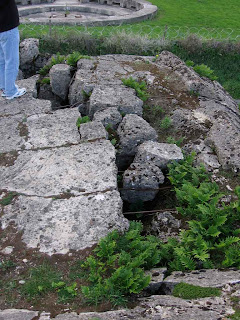 The area must have been bombed extensively. Even this view out across the adjacent fields towards the coast still shows the signs of extensive cratering. That’s the coastline on the horizon. 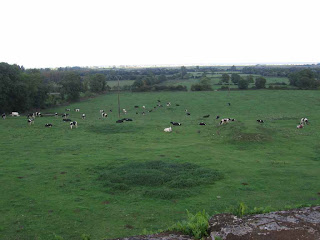