1813 and Napoleon is under pressure on all fronts. Peoples from across Europe are crawling out from under the heel of his rule and re-asserting their independence - their voices shall be heard!!

The Prussian people are no exception, and a slightly raw Prussian army has confronted it's French tormentors, the pain of past defeats still keenly felt.

On the plains of central europe pastoral idylls are about to be rent assunder. 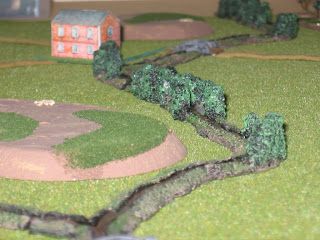 The day began with bold advacnes by both armies, and the French commander (Andrew) pushing his left wing cavalry out to threaten the Prussian right. 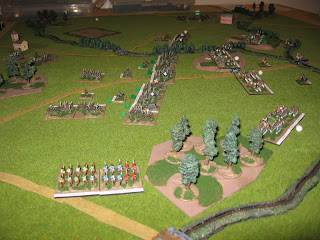 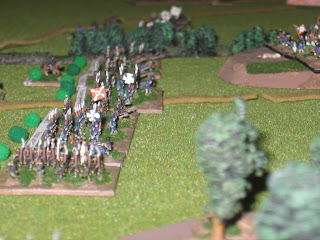 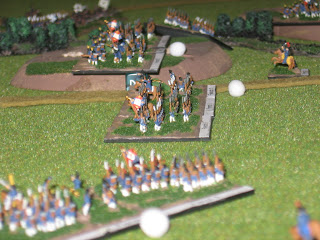 The French infantry came down from their defensive position on a hill top to attack a brigade of Prussian Landwehr. They seemed to think that these guys were easy pickings. However one of the two French Brigades lost cohesion coming off the high ground. 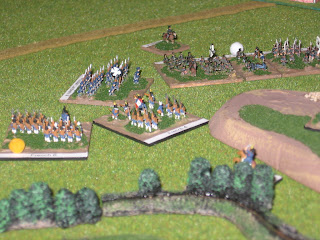 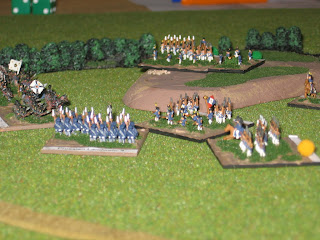 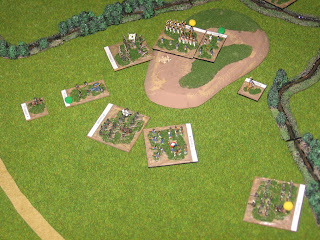 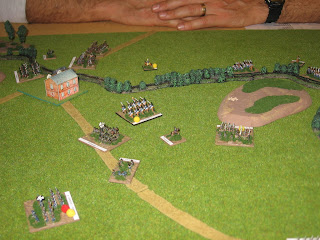 Meanwhile the Prussian centre, reinforced by the delayed right and reserves under Keith's command, pushed forward, forming its own 'grand battery' and applying pressure on the French centre. 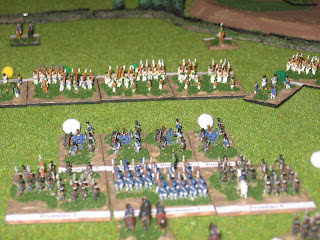 Andrew withdrew his centre n the face of the overwhelming firepower. 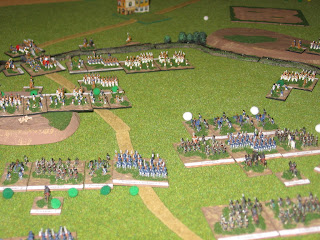 Andrew pushed his last reinforcements, two regiments of Napoleon's Old Guard, across to his right to hold off the now rampant Prussian Cavalry. 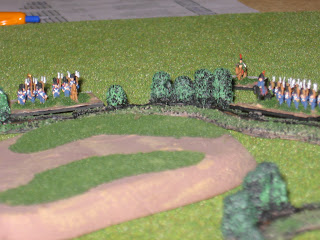 The game ended at this stage with the French on the back foot, gradually withdrawing across the river in an attempt to re-establish a defendable line. There was of course still the matter of the intact Prussian cavalry diviison behind the French lines, on the French side of the river ... oh dear!!!
at May 07, 2011 2 comments: