I recently promulgated a possible date for 'A HotT Winter's Day 2010', our mid winter HotT tournament. I've had no correspondence to the contrary, and no indication of any tournaments that will clash, so...

'A HotT Winter's Day 2010' will be held on Sunday 4 July, Woolston Club, Christchurch. I'll post more details soon, so mark your calendar and get ready to battle with the Gods themselves for the 'Emperor Dragon' Trophy. IN the meantime I'll continue working on those British VSF boys.. they should look good!!
at March 26, 2010 No comments: 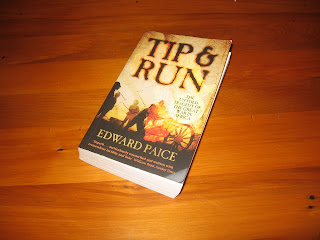 I bought this book just after Christmas, and finished reading it a few weeks ago. 'Tip and Run' is Edward Paice's account of the Great war in East Africa between 1914 and 1918.

The account is well written, and filled with fascinating detail. Two understandings that it generated for me were:

1. The war stood or fell on the basis of the Africans who were most often conscripted as porters carrying the essential supplies without which the war could not have been fought. The death rate amongst porters was horrific, for porters working for both sides.

2. This was not the 'gentleman's war' that it has for so long been portrayed. German and allied commanders were equally ruthless in the exploitation of the African population.

3. From 1916 the war was one of hide and seek as German forces moved around the continent, pursued by allied forces.

The book offers little for Great War Spearhead war gamers, as the scale of the actions was generally too small. Major actions involved battalions and brigades at most.

This is  a well written and engaging book, well worth the money and the time.
at March 22, 2010 No comments:

A little progress on the VSF HotT

I bought a box of figures for the planned Victorian Science Fiction HotT army probably about two years ago ... yes, I have the same disease that most other 'gamers have: plans far bigger than the time available. I finally started on a few of them a few weeks ago: figures for a stand of Blade (charging with bayonet) and three stands of shooters. Here is the result. These will form the core of the army. I am still contemplating what else, and how to construct it.
Thoughts:
1. Riders on bicycles, or unicycles, or mechanical steads.
2. Airboats: dirigibles.
3. Behemoths: team tanks.
4. Artillery.
This army will be different from the other five in that I had planned it to be shooter heavy. I'm always fascinated by how plans change from conception to reality.
Keep watching. In the meantime, here are the first units. 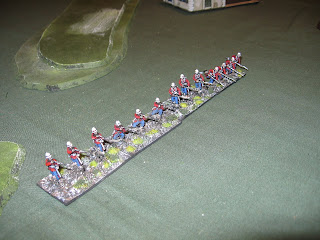 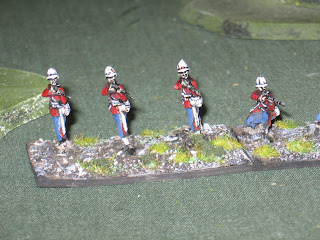 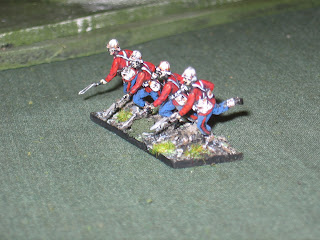 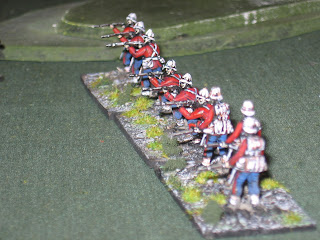 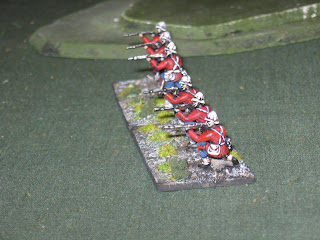