Nick and I thought a little DBA practice was in order, having both decided to play in the Conquest DBA tournament in 2 weeks time. The tournament is being played in 15mm, and so we have both had to borrow armies, but Nick has both of our loan armies in 20mm, so we thought we'd get them out and try our hand. The armies are later Archaemenid Persian, and Polybian Roman.

With both armies starting with Aggression 1, it was luck of the dice that saw my Polybians on the defensive. This first photo shows initial deployment. With the Persians having deployed their cavalry on their left (my right) I switched both Spear stands for the two Cavalry stands that were in reserve towards my left flank. 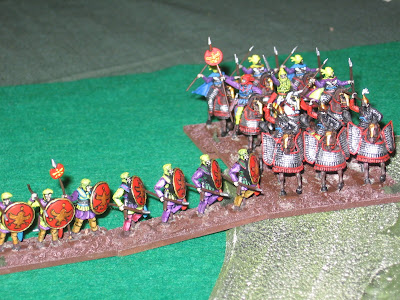 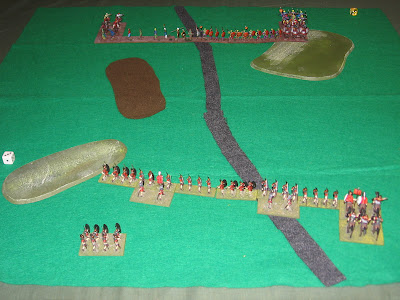 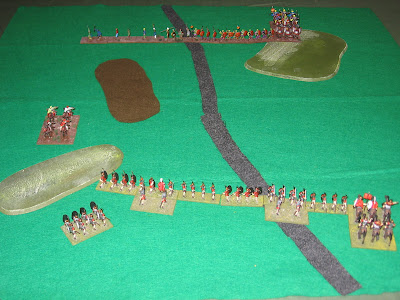 Nick marched his Light Horse rapidly towards my own left, and so my spear were advanced towards the hight ground that anchored my left, in order to protect my left flank. 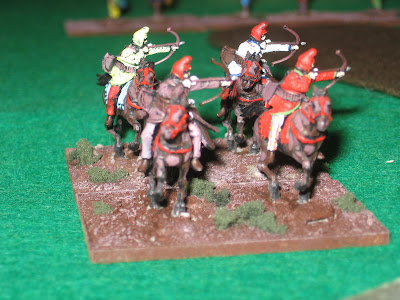 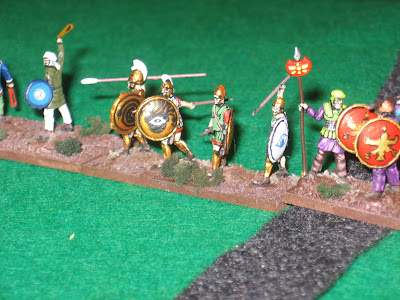 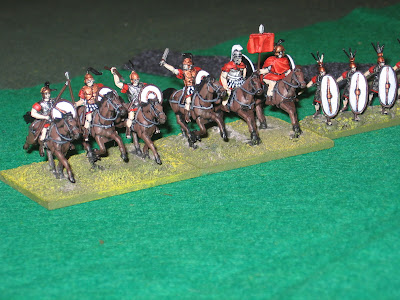 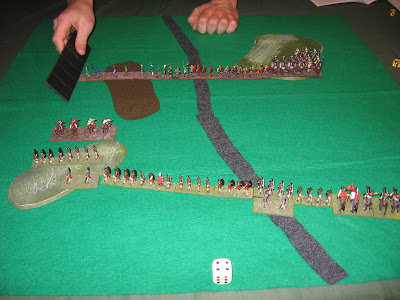 At this stage the two battle lines were closing. The Polybian spear advanced down the hill and attacked the Persian LH, forcing the Persian left onto the defensive. One of the two LH nits was killed as it was forced back onto a unit of Psiloi that were moving across its rear. 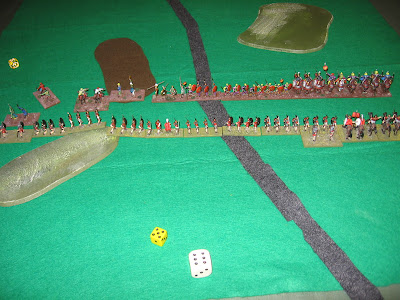 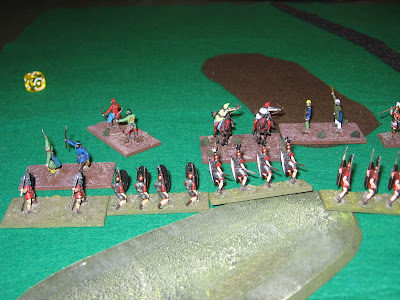 By move 6 both battle lines were fully engaged. The Polybian spear were winning the battle for their left flank, although the Polybian general was threatened, as his supporting unit of Cavalry was destroyed by its Persian counterparts. 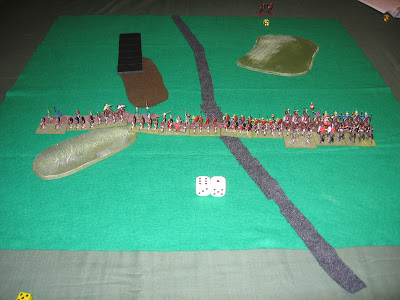 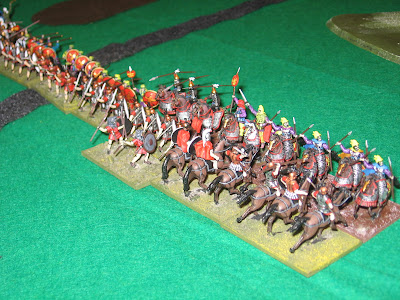 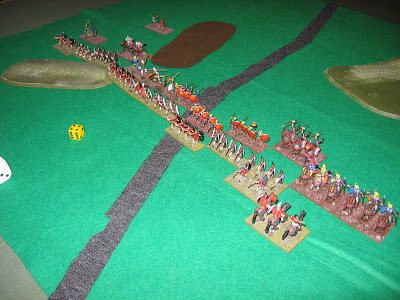 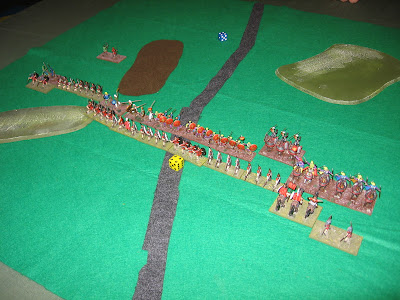 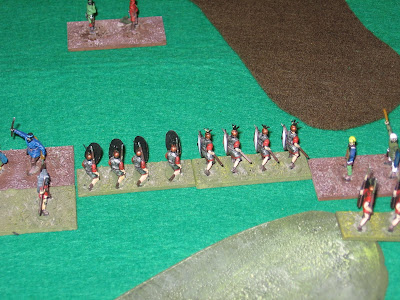 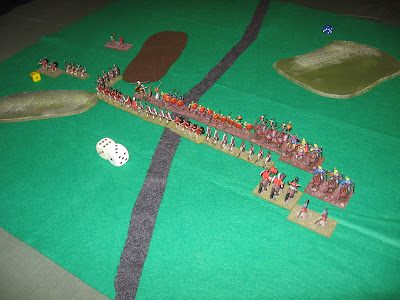 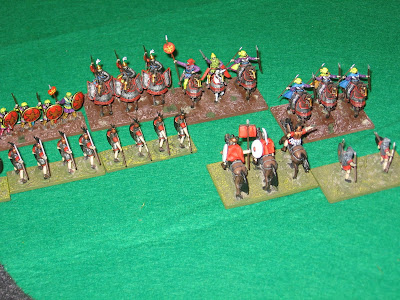 The battle lines slugged it out, and the Polybian general moved a unit of Psiloi across to the right flank to try to buy time for the remainder of the army to complete its work .. this was touch and go. Finally however the Polybian spear won the battle for the left flank, destroying the second light horse, and the units of Psiloi to its front. 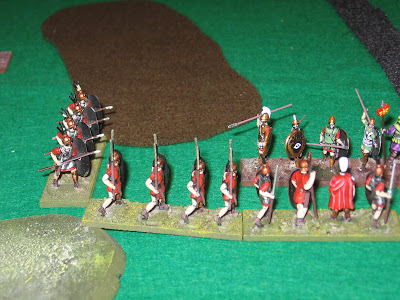