Cries of treason in the Commons

The British Commons echoed to cries of treason, and demands for an inquiry, as news reached London of a disastrous engagement in the Iberian Peninsular. Despatches from General Wellesley outlined how General Belvedere Mainstreet Smythe, best know for his book 'Up the Impopo without a paddle', took his newly formed Corps to the aid of Spanish General Miguel Immanuel Ballesteros as he advanced on the French after the recent fight at Saint Miquel.

General Smythe's Corps, including two brigades of Guards only recently despatch to support the defence of Portugal, was brought to a halt, many British lads left lying with empty eyes staring skywards as French cavalry caught them unawares in the open.

Cries across the Commons demanded the immediate recall of General Wellesley himself, but little has been forthcoming from the Peninsula as General Wellesley, true to form, kept his own counsel.

An addendum to the General's despatch noted that General Smythe was found a hundred yards from his command tent, a pistol bullet lodged in his brain. 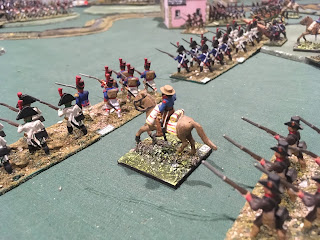 The French right wing pushed forward to attack the Spanish left. This required that they cross the partly dried up stream. The Spanish wing commander decided to attack while the French infantry were in some disarray in the midst of the crossing. 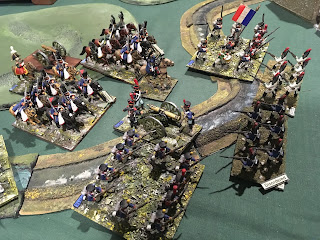 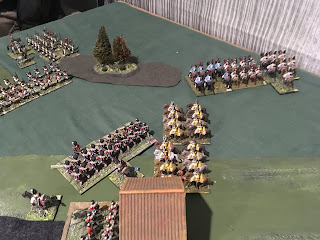 Both Spanish cavalry were eliminated. 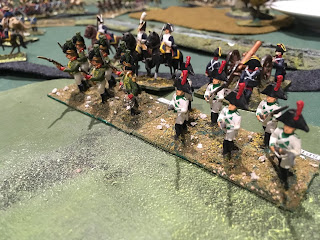 The outcome looked bad for the Anglo Spanish. However the prompt Spanish attack on their left, taking advantage of the French disorganisation as they crossed the river, had meant that the sting was taken out of the French right wing attack. The British Corps had suffered severely, but the French left wing forces would struggle to push them from their positions before nightfall.

The Times, page 37: "We acknowledge today the Gazetting of the former Sergeant Richard Sharpe to the rank of Lieutenant in the 95th Rifles."