I hadn't expected to be able to game last night, it was a parent interview evening; but I managed to get away early, so my son Nick and I were able to organise a quick DBA game. Out came the 20mm Early Imperial Romans and Early Germans. Now we have both struggled to use the Germans effectively, I think that between us we have managed maybe three or four wins with them over the past few years, regardless of which one of us uses them, so I thought Nick was pretty brave to volunteer to take them. 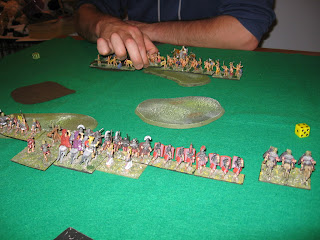 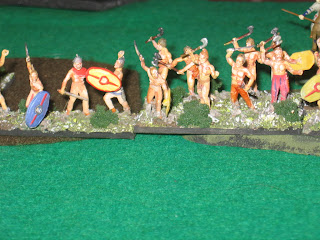 I pushed the Romans aggressively forward and used the cavalry to threaten the German left wing. 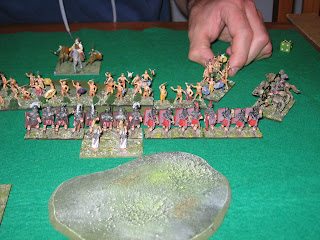 The German hordes loomed up ahead as the Roman artillery in their centre prepared to 'unleash hell'. 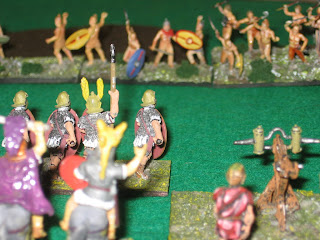 Feeling very brave I decided to try to push the German warbands in the centre off the hill that they were occupying. Despite their uphill advantage, I backed my legionnaries to do the job, sending them in with psiloi support. 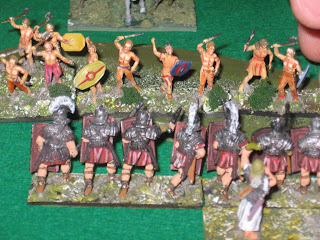 My Roman cavalry attacked the German left and caught them adjusting their formation to meet my attack. 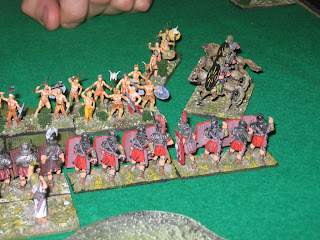 On the Roman left I pushed my Auxilia forward through the forests to meet the German troops waiting beneath the trees. 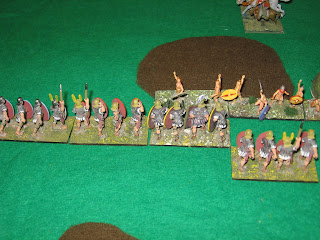 Success... the German psiloi fled from my attack. 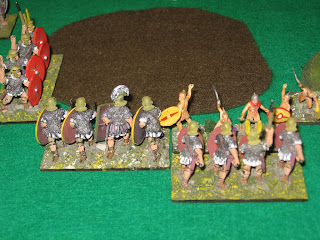 On the hill the legionnaries managed to push the German warband back from their positions, finally punching a hole through their line ...... 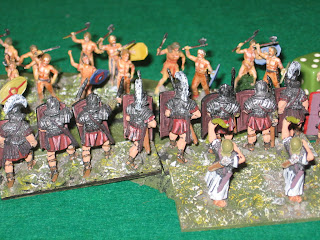 These Early Germans are hard work, but maybe one of us will figure out how to use them one day. Nick is a great opponent, clever and thoughtful ... give him an army he is more familiar with and .. look out!! Thanks Nick...
at April 09, 2011 No comments: