The Indian Emperor's forces discovered a strange Lost World deep in the jungles. What would you do? Attack them of course.

And so it was, in an epic clash that saw a strange ape god (the subject of long lost Indian myth) lead never before seen dinosaur creatures and savage tribes people against Indian elephants and bowmen. The Lost Worlds tribes people invoked their God's presence early in the battle, and he swept down on the Indian flank supported by an oddly screeching flying pterosaur.

However. despite early successes destroying Indian riders, the Indian Hero general took the fight to these savage people and, supported by a behemoth elephant intent on squishing tribes people between his large toes, managed to destroy the very heart of this oddly assorted opposition.

The Lost Worlds right flank, composed of beasts and behemoth, never managed to make contact with the Indian tiger beasts that opposed them, and frantic attempts by the Lost Worlds shaman to cast strange and lurid spells on the Indian hero were to no avail.

Our evening had seen two games played, the first saw the Lost Worlds army decimate the Indians before their God had even deigned to make an appearance, but this second game was a different story. 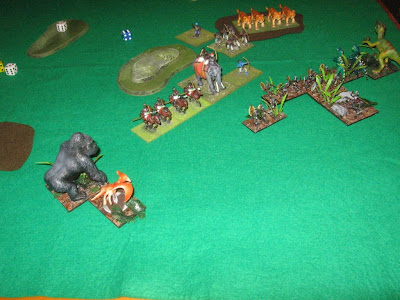 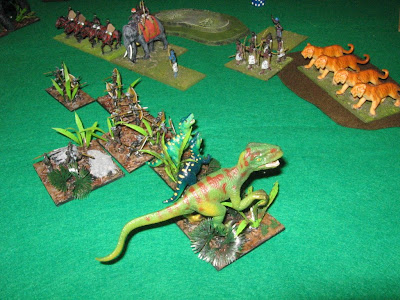 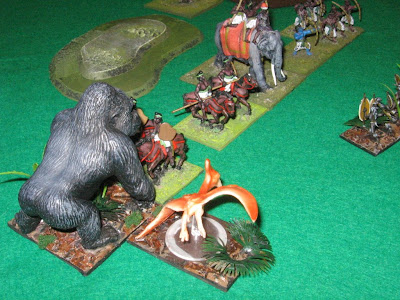 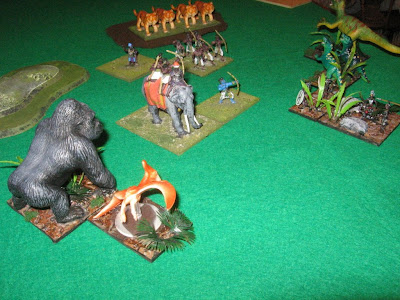 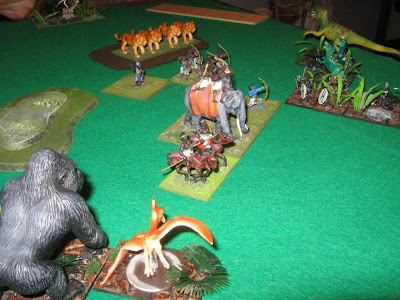 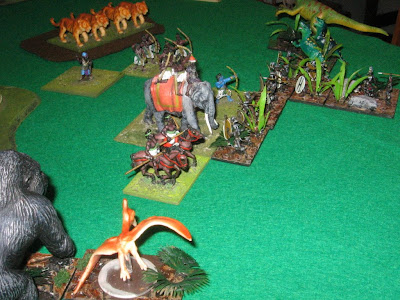 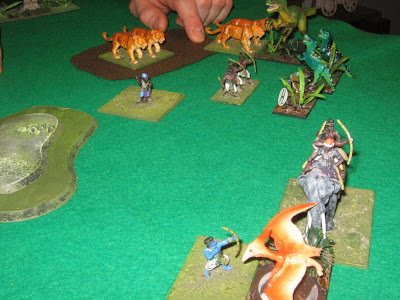 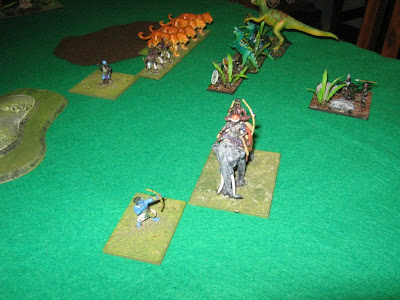