The artillery component of the 1914 Russian force is now finished with the completion of 5 stands of Putilov 76mm with the crew painted as foot artillery. The figures on the end battery show some of the crew painted in the 1904 style green trousers. I also tried to get quite a variation in 'khaki' with varying shades of the theoretical green khaki, some with more of a brown tinge, and quite a few faded to greyer khaki (attained by mixing grey with the khaki colour itself.) I mix the colours on the palette in small quantities so tat I ma mire likely to get differing shades as I work. 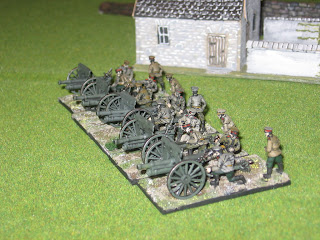 When Stan brought along the Putilovs, he also handed me a box of British 4.5 Howitzers (also but HaT), announcing that according to his sources 900 of these were shipped to Russia. Now these were not guns I'd planned on painting.. in GWSH they are most likely to be off table, so no models required. However (as Stan obviously knew) once I'd seen them there was no going back. I'd run out of Russian artillery crew, so resorted to crew from the Heavy Weapons box to crew these guns. 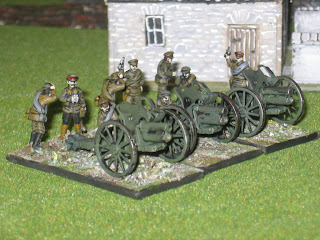 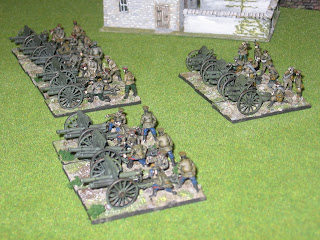 As a final note, a commment on the HaT kits. These are moulded in hard plastic,  are historically accurate, and go together like a dream. The crew are the modern gluable soft plastic that HaT now uses, althugh I had no cause to glue anything about the figures themselves. Highly recommended.

I'm surprised at how quickly I've managed to get back into the swing of things with my "Restart WW1" project (although the end of the academic year helps). So here are the first fruits of my labour (and the first 20mm WW1 figures I've painted in quite some time). The three guns (HaT Putilov 76mm field guns) represent a Great War Spearhead artillery regiment, with each model representing a battery. These guns are horse artillery (hence the blue trousers on the crew), while the remainder of the guns I paint will be field artillery. 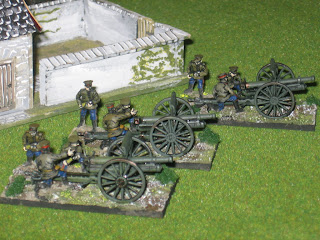 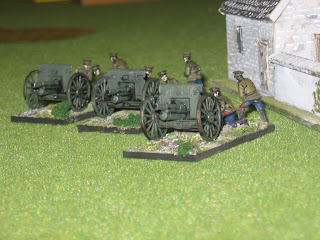 I thought I'd pose them with some cavalry (Dragoons) to create a little of the feel of these guys on the table top. The foot figures are Hat Russian infantry, while the mounteds are Strelets Russian Dragoons. 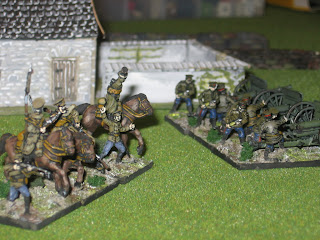 My earlier work on WW1 armies can be seen here:

'Restart' is something of a catch cry for those of us living in Christchurch at the moment. We have a 'Restart Mall', a new beginning for retailing in our quake shattered CBD, and it has now hit my wargames/painting table.

I have restarted a project I began a couple of years ago to complete a 1914 Russian force suitable for playing Great War Spearhead. I played a very cool 1914 scenario with Nick well over a year ago, and the 'Random Morale' status of the infantry regiments (an option, but not compulsroy in the scenario generation system - you can pay the points and take Green, Regular, or Veteran regiments if you wish) makes these guys so much fun. The unpredictability of the random morale status means you can never be sure quite what will happen.

I had already painted one infantry regiment, and several regiments of cavalry (Cossacks and Dragoons). In the time since I started (and stopped) the project, HaT has since released a large number of WW1 artillery guns, and accompanying crew, so I thought that to get the 'gaming juices flowing I would start with the necessary on-table field artillery stands to support the force. The HaT Putilov 76mm (or 3", depending on which side of the Atlantic you live on) is first in my sights. The first four of these guns is neairng completion, with photos to follow: four guns and accompanying crew.


Well, here it is.. finally... I've already 'vented spleen' at the frustrations of assembling this, so enough said. It is most likely to see service as a 'Steel Behemoth' in the Kings of War Dwarf army, although I may well use some sort of flying hero stat line from another army to model "King flying incredibly noisy and occasionally effective beastie" character. 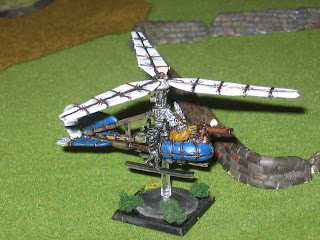 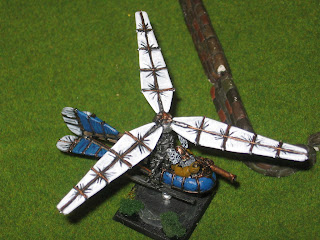 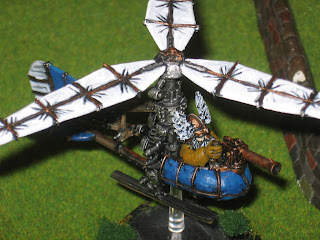 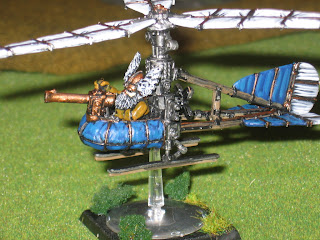