If you are breathing then you have most likely been aware of the catastrophic Christchurch earthquake. If you live in the city, then you will be feeling the effects of what has been a sustained 6 month barrage of 'quakes that began on 4 September 2010. The people are fragile  (myself included) as one aftershock after another hits us.

My own extended family has been fortunate to have suffered no death or injury in the most recent (22 February) 'quake that has truly devastated the city. But the nerves jangle, and every rumble, every creak of the house, sets you on edge. The rumbling is now more often from heavy trucks that remove the massive amounts of liquefaction from our own street (although as I write yet another aftershock has hit the city).

At 32 houses, our quiet cul-de-sac is tiny, yet a front end loader is now in its third day of shifting the huge amounts of silt that we have dug out from our properties. The loader driver guestimated 200-300 tonnes of silt in our street, and across the city they suggest 150000 tonnes of the stuff. It stinks!!! 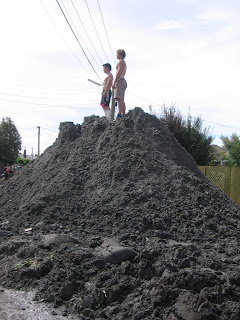 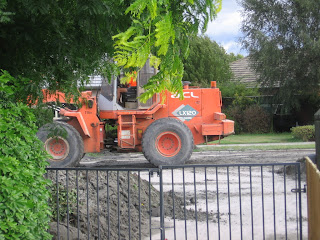 The 'quake made quite a mess of the house and contents. 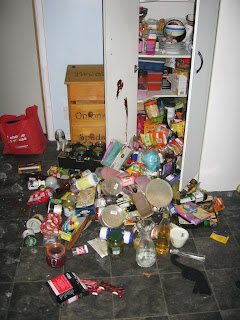 And this is one view of the mayhem wrought in the 'games room. 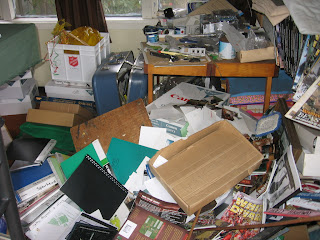 Lorraine got in there and tidied a few things, but I haven't yet found the heart to take a look myself.

But at the same time at least we still have a habitable house. Too may have lost their houses, and too many lost their lives.

So we are  into our second week post 'quake, and in our area we are still without power, water, or sewer.... I can't help feeling a new found affinity for the civilians who suffered in devastated cities in World War 2 .. Our own suburban area is a mess, no services, military helicopters regularly circling overhead - periodicaly we need to assure ourselves that we aren't just sitting through a very bad movie.

We are all just a bit shell shocked I suspect.

If you feel that you can help our city, there is the opportunity to donate to the Christchurch Earthquake Appeal
at March 03, 2011 4 comments: