I'm not getting too many games at the moment.. Omicron has a lot to answer for,. However Andy. came across with his fantastical British napoleonic army, and I pitched my VSF Turkish army against them in a Big Battle HotT game. In case you are not familiar with BBHotT, the game is played with 72 army points, which has to be composed of three valid 24 point armies, which can then be reconfigured on the table into three commands in any way the player chooses.

The game was fought using our 20mm HotT armies. 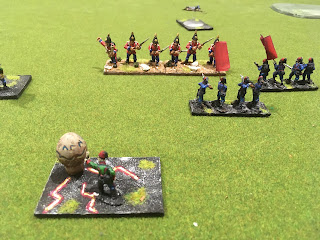 The game had seen several 'points if inflexion' where the balance had shifted. However in the last two turns things shifted quite profoundly, and British casualties caused two of the three commands to become demoralised, and battlefield honours went to the Turkish army.

This was a really great Big Battle HotT game with many twists and turns. These larger games play very differently to the smaller 24 point version of the game. 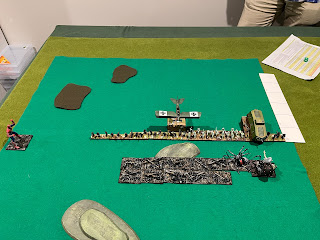