The Prussian 3rd Army march towards Saarbrucken had begun with little incident. It was one of those hot August days, the weather of 1870 seemingly no different to any other year. The Bavarian divisions had taken the lead, deploying to the left of th main axis, while a Prussian Corps had kept to the main axis. Behind marched more Prussian infantry, and the army cavalry reserve of two divisions with cuirassier, uhlans and dragoons. 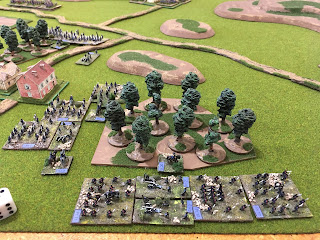 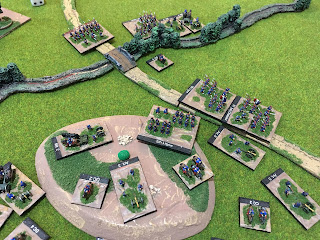 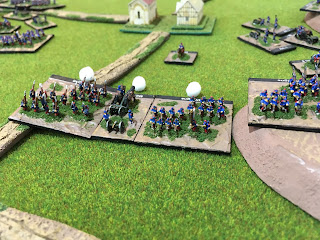 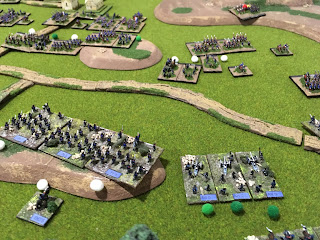 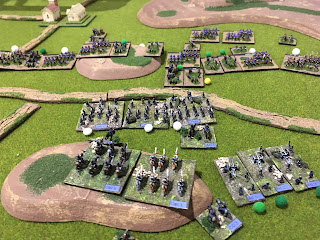 At this stage we'd run out of time, but the French position was now untenable. The right was gone, and the centre was seriously threatened. From the Prussian perspective this was just in the nick of time, as the pressure on their right had almost pushed it to breaking point. Both Prussian infantry divisions were close to exhaustion.

This was as mentioned the first 'full sized' game, and what a cracker. It had drama and tension, as the battle evolve din a way that we'd not seen before. Interestingly the French had suffered 22 casualties (strength point boxes .. each box represents approximately 500 men when composing units, and 250 casualties, for those not familiar with the rules system) while the Prussians had suffered 33, quite a disparity. We continue to learn more about the subtleties of Volley and Bayonet in this sub period, subtleties that make it play significantly differently to the other sub-periods covered by the system. It is these nuances that make the system so appealing.