Andy's latest work in progress: his God base for his Semi Historical Egyptians. What else for Egyptians than .. a cat!! The base is unpainted as these are a work in progress. However i thought this as so cool, I had to share. 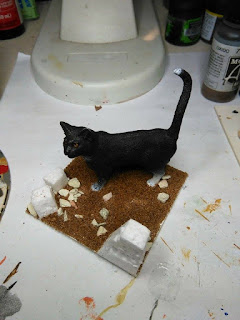 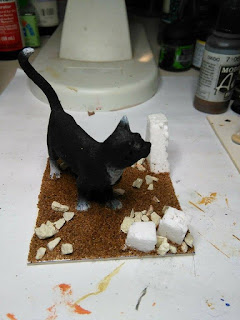 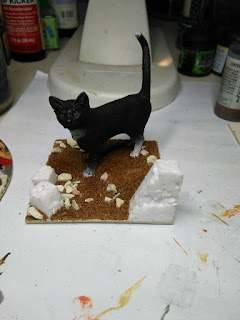 We are still renovating.. a new army from the dusty depths

Um, there I was pondering what to do next and.. well.. the war band just screamed out to me. I acquired these 25mm war band figures second hand over 25+ years ago (can't recall the manufacturer), all block painted, and now with quite a few broken weapons after surviving over 14000 earthquakes. So, we have enough war band for a Big Battle DBA army, or a Big Battle HotT Barbarian army, or a significant chunk of the infantry component of a Kings of War Kingdoms of Men army, or an Armati Early German/Barbarian army.

Here's the deal ... glue back some of the missing spears which are sitting in the box,  touch up the chipped paintwork, give them a black wash, a bit of a highlight, redo the bases with black edging and static grass, and they should see service in whichever genre I choose.

Here are the first five bases (these were test bases), with another 29 to go. 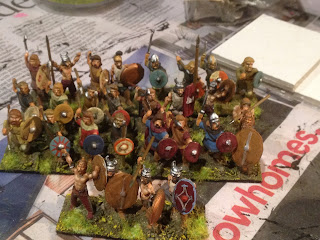 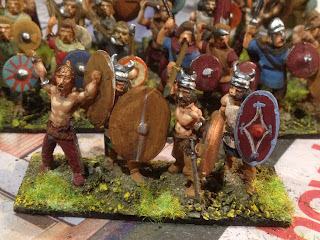