A wee while ago I began a new project - painting the forces require for late war 1918 battles. Some time ago I bought a pile of late war German and British infantry (Irregular Miniatures) from Rhys. I have completed the British that were in the purchase (I need to order more), and have started the German infinity, However include din the purchase were these cool traction engines and tow loads.

Inspired by the work of friend Keith I decided to paint them as small terrain vignettes that can be placed in village and town sectors to add visual interest to the table top during games. 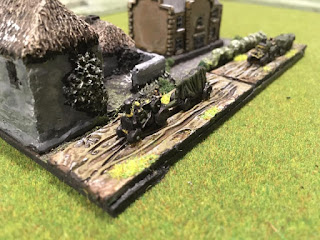 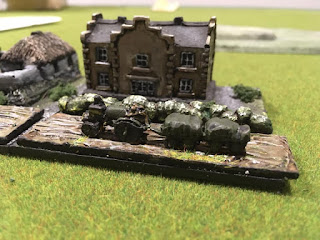 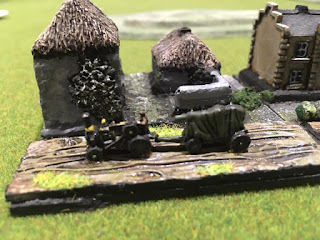 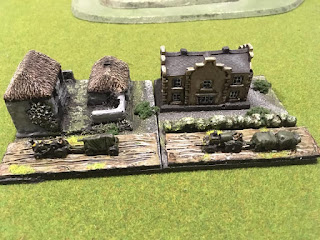