Work and writing commitments have meant little time for painting lately, but I have managed to finish the two Epic scale scout titans that I bought from Forgeworld several years ago. I tried to pose them, but as you can see, one was more successful than the other, and even then I'm not sure I'd counbt the exercise as all that successful.

In fact, this has been a project I've simply struggled with, to the point where I managed to assemble the torso of one walker the wrong way around.. sigh!!! And even the paint finish is nowhere near what I'd have liked.  No matter .. here are the results. 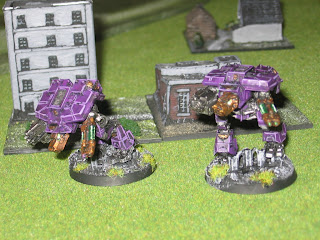 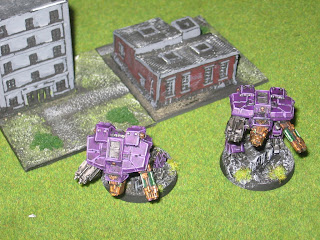 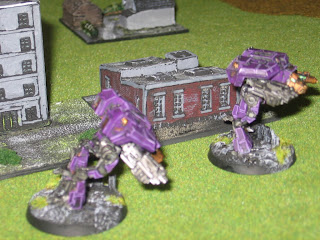 Here are assembled titan forces to support the Space Marines. Why two scout titans? Because there were two in the packet. Will I see all three on the table? Probably not.. well not in a 3000 point game I suspect, but I haven't played enough to know. 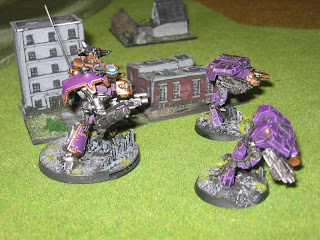