We've set shifting day, and most probably the likely demolition date, and the pace of packing has accelerated. In the process I rediscovered this little beauty, an Airfix Fokker Dr1 Triplane. 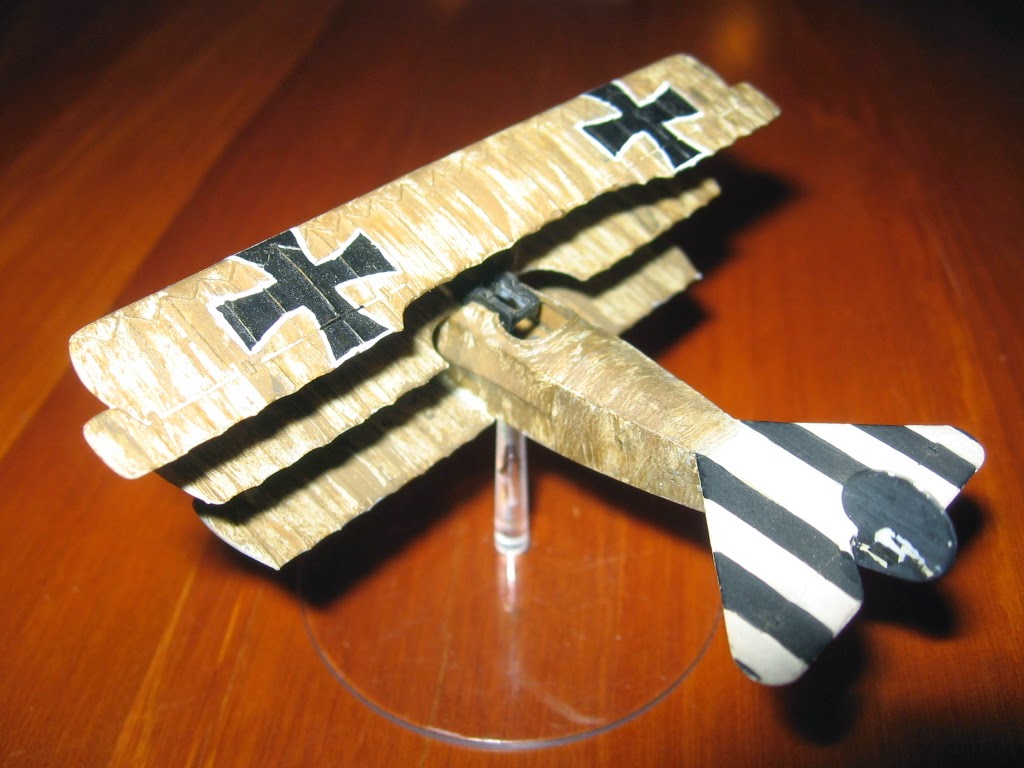 In those days, when Errol Hooker had us playing WW1 air wargames, this was my 'mount', my 'stead', my 'arme blanche', my famous Triplane. We used to use some rules written by Gerard Davey if I remember correctly. The model had however suffered some serious damage during the February 2011 Christchurch earthquakes, and has sat on a shelf in pieces ever since. 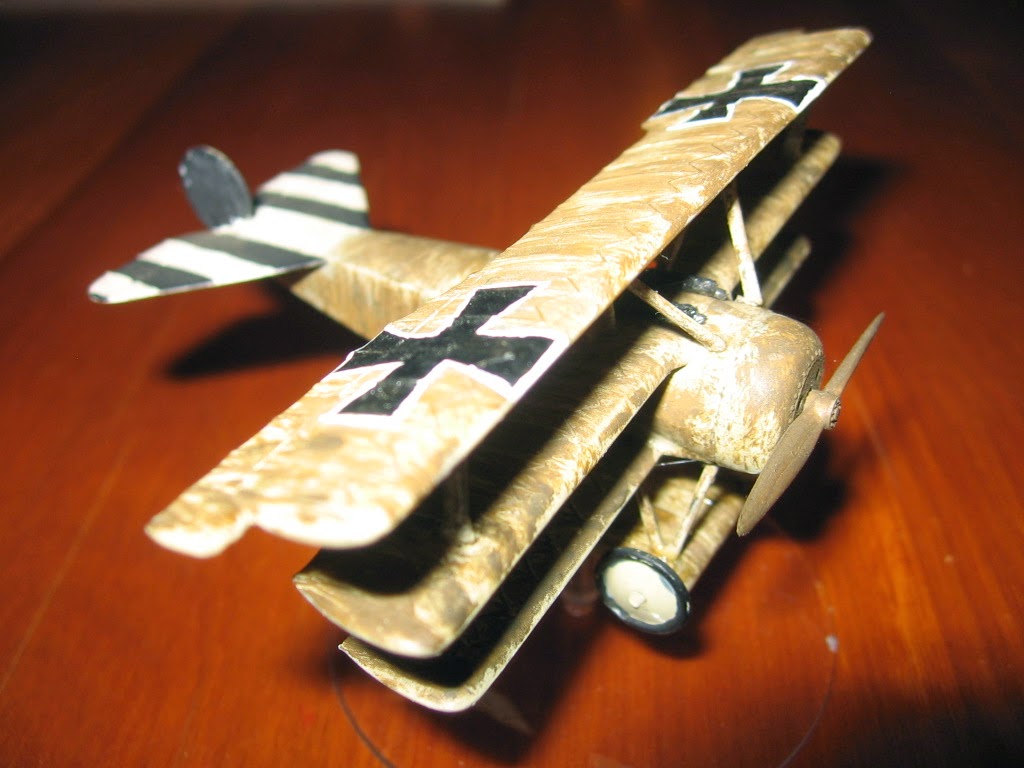 So I set to and did a repair job. Wings reassembled and attached, undercarriage partly rebuilt, although there's still an unde carriage strut to be replaced. 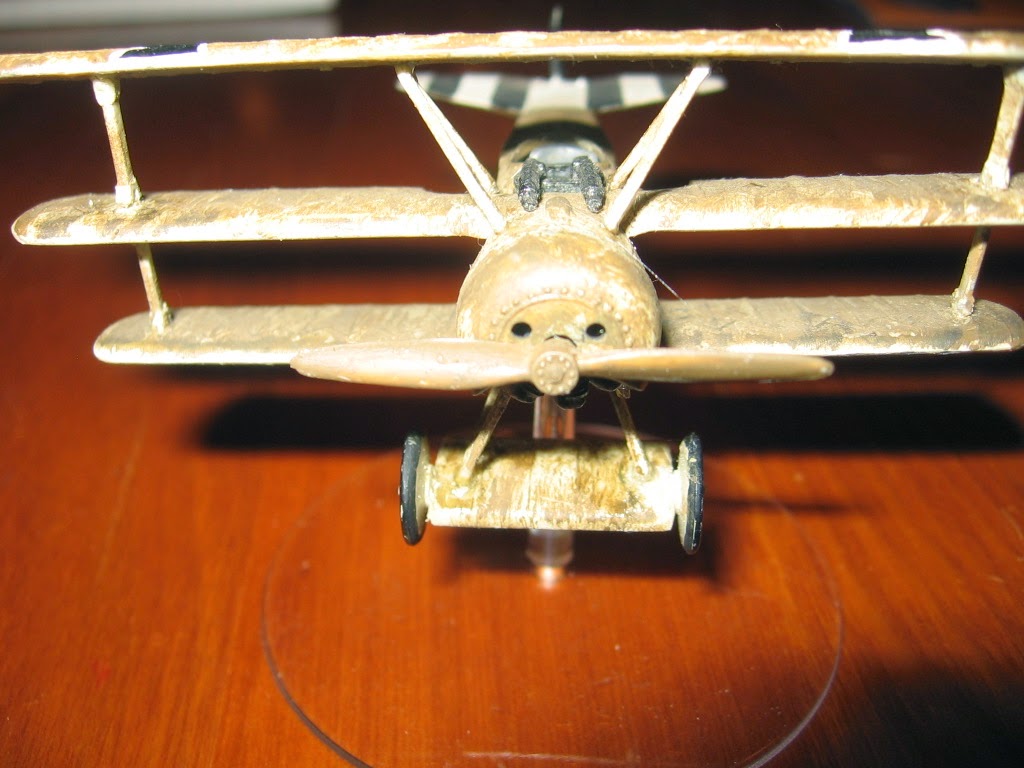 It was always a wargaming model, and so lacked a lot of detail. It will continue to be a wargames model providing air support for 20mm Great War Spearhead games. 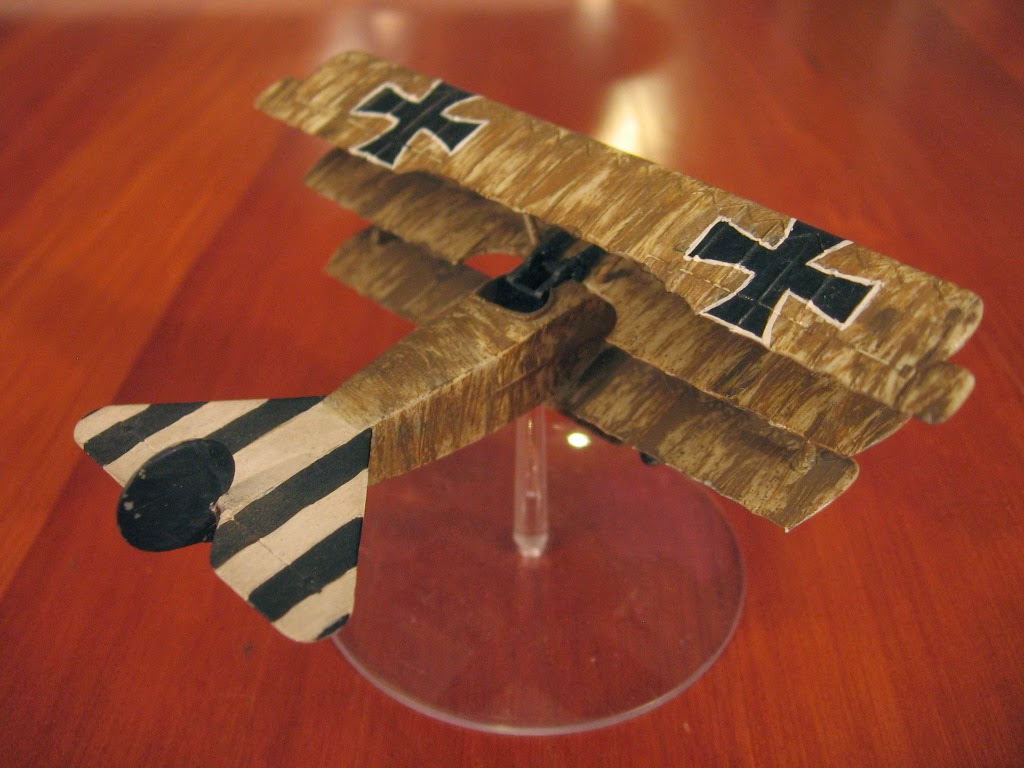 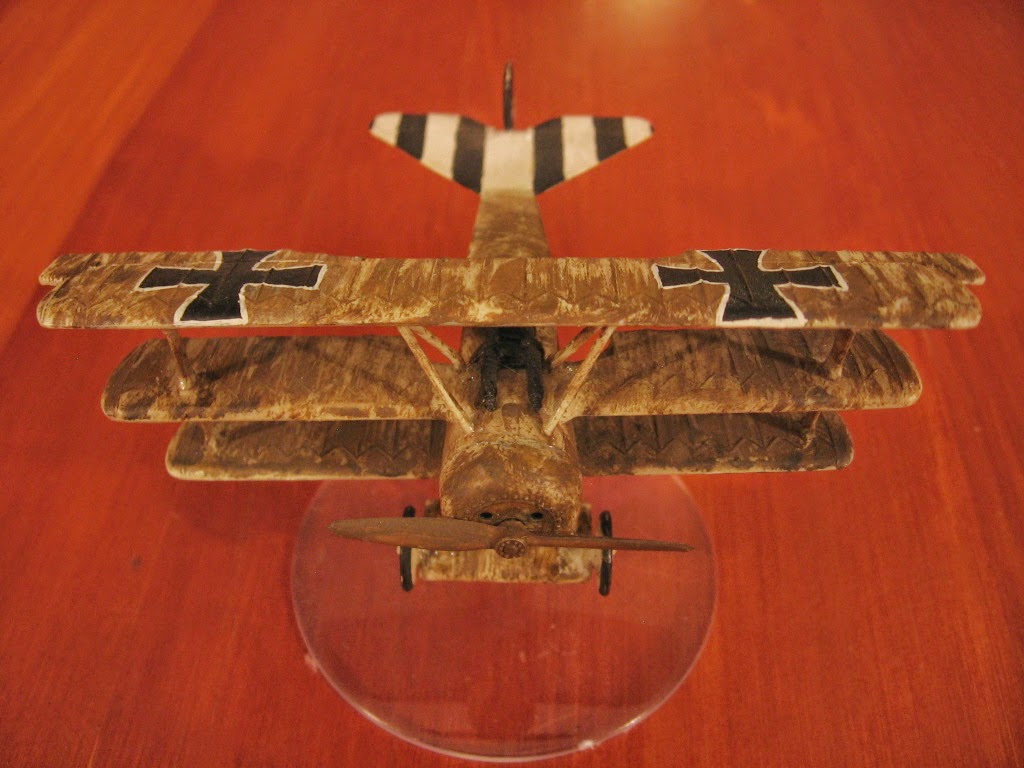 Ah, those were the days, those car aerials mounted on various blocks and other contrivances, sliding up and down as our models swooped, slipped and stalled. My aerial was mounted on a gear cog to which my ever patient Father had braised three steel legs, the flashest of the many variants we used.