I was in Melbourne recently attending a conference, and my wife and I scheduled a litttle additional RnR time.. during which of course shopping was in order. Now it was, quite honestly, pure coincidence that we stumbled upon 'Mindgames' in Swanston Street.. no, truly, just an accident,.. hey, really, nothing was planned... anyway..

Oh, no.. irresistible...... I could see HotT Zombie Hordes .. shambling slowly but irresistibly across the table top.. I had similar visions when i spotted those little spiders a few months ago...

Now I have already seen where that lead....and I could see much the same again.. but this time not a new army, rather a variation on a theme.. Zombie Hordes for the Undead to play alongside.. I do need to be careful though. I am trying to make each of the HotT armies fundamentally different from the others,. so they each play differently on the table. I already have a Horde army.... careful, Robin.

The only downside is that the figures are ALL identical.. only one pose...hardly shambling. 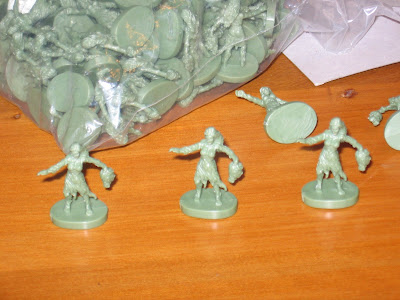 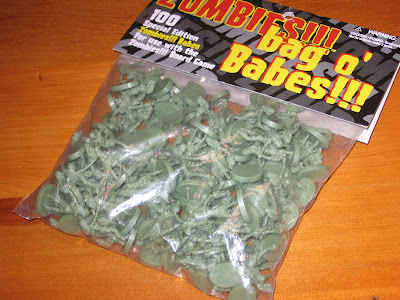