For the second week in a row I have been able to enjoy some 'gaming. Last week it was some DBA 3.0 with Keith. This week some HotT with Andy.  These are all interesting games that seem to suit the currently busy life style. Short games with enough depth to challenge to the degree that you fell suited, without requiring the investment of 3-4 hours for a single outcome. 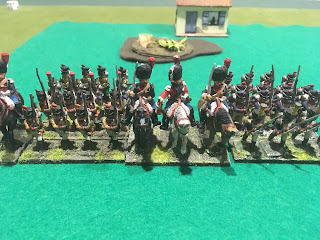 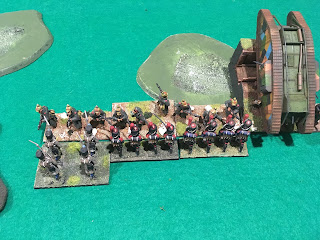 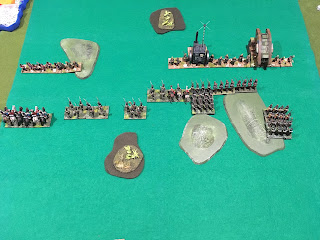 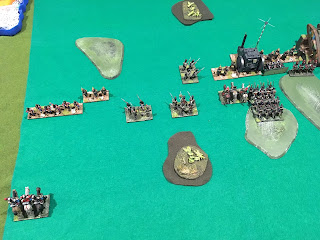 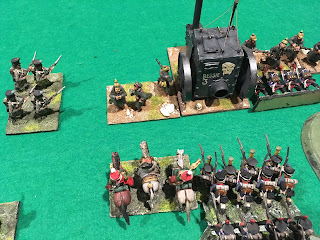 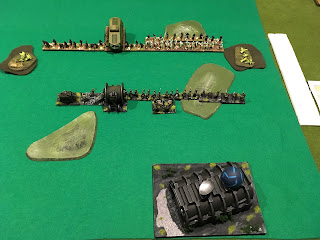 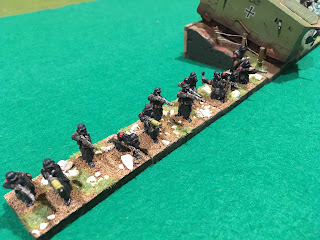 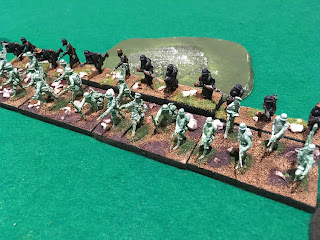 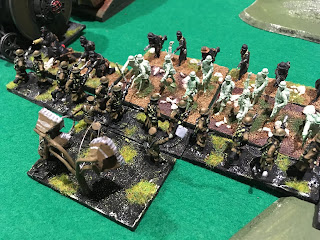 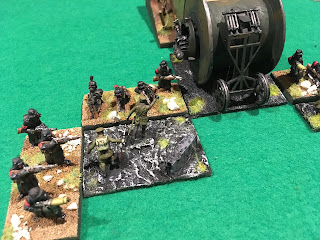 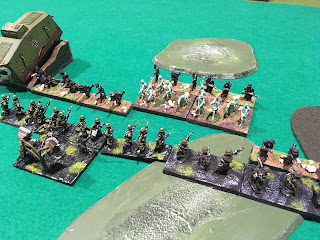 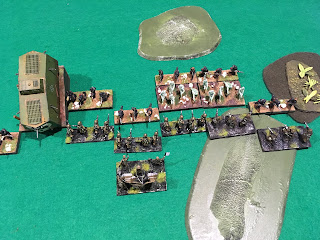 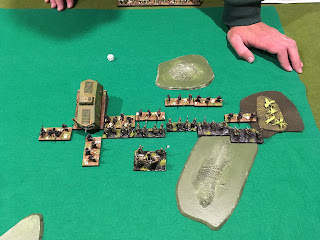 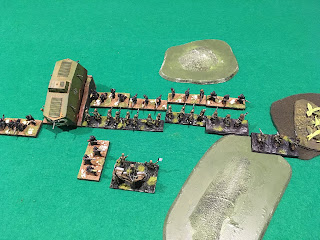 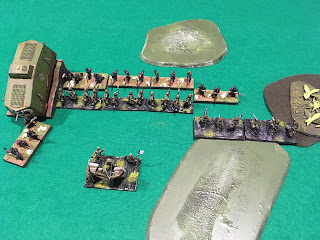 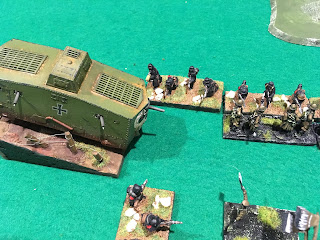 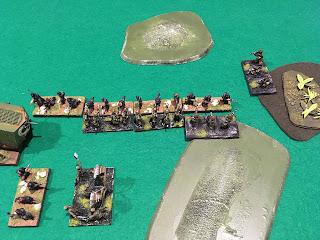 A hard fought encounter that went to the German army.

The fourth game saw Andy's British napoleonic army fighting the treacherous orcs which were as nasty as ever, with victory to the orcs.

No detailed AARs here, just a photo record of a great evening of games with some very cool looking figures and vehicles, with honours shared equally at 2 games each, beer coffee and sausage rolls enjoyed, and some of the week's stresses forgotten. That's why I enjoy this hobby, even after fifty years.
at June 08, 2019 No comments:

Celtiberians coming down from the hills

A few shots of a DBA 3 game from last Friday. Keith fielded his Polybians against my Celtiberians. I hung about on the difficult terrain for a while (my head still thinks of the Celtiberians as they were in DBA 2.0), before finally charging the fast blade down and into the waiting blade and spear. A few 6:1 die results gave two breaks in the Roman line, allowing the Celtiberians to win the day. 6:1s will do that to you. 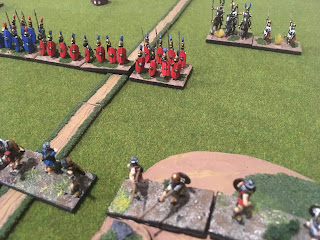 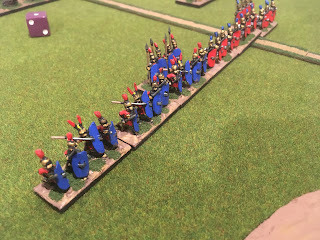 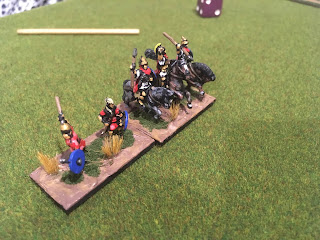 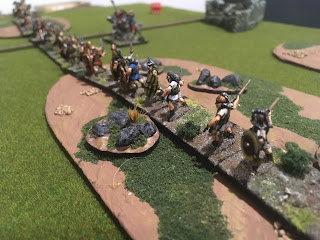