First outing last night for Adrian's new armies for the Wars of Italian Unification - Neopolitan Piedmontese,  so just  a few photos of the action.

The Neopolitans attack a town sector... they were summarily repulsed.. ouch. 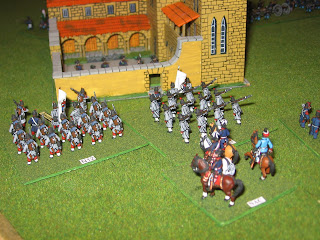 Had to photograph this (for me this is a rarity..) - a Neopolitan M5 Shock unit went into the attack, four combat dice needing 5s or 6s to it... here's the roll.. made Adrian's eyes water, I can tell you. 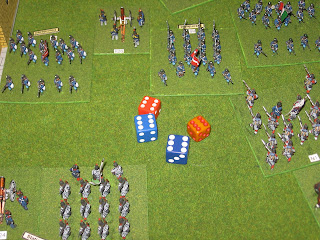 That unit was then attacked by 3 units of Piedmontose cavalry. Fortunately they boys stood their ground and were just recoiled (it could have been much worse!!). 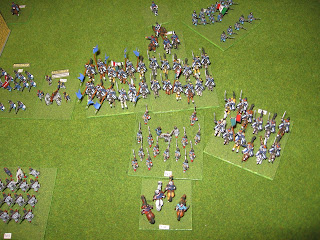 Lastly just a couple of shots of Adrian's units alongside some of his beautifully hand made Italian buildings. 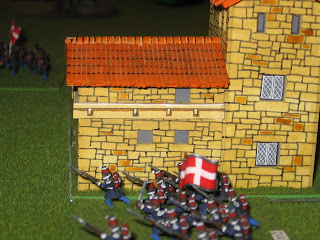 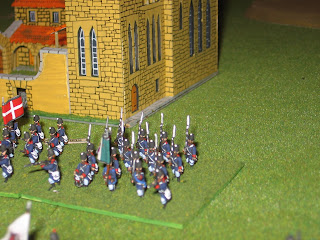 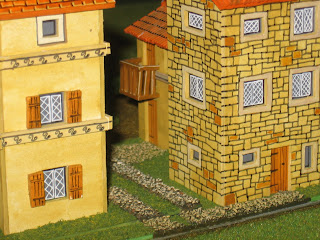