It has been a while since I've paid any attention to the Weird World War 1 British army. However, finally another leap forward, with the MkIV behemoth completed. The kit was an Emhar Mk IV female tank. The pose is necessary to try to keep the model within the parameters of the behemoth base size. 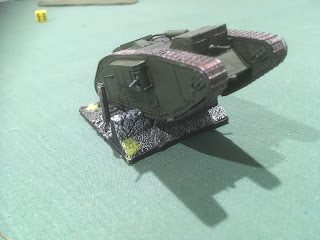 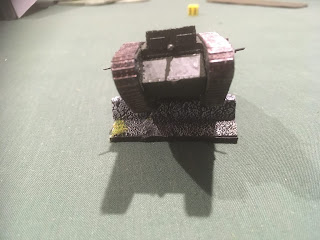 Here are some of the stands completed so far: the behemoth flanked by a pair of shooters, the magician, and hero to the front, the God to the left, and a re-animated 1914 horde unit to the right, with the Sopwith Camel aerial hero to the right rear. 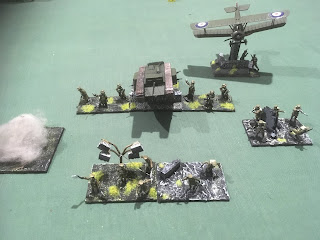