It was a good plan: finish the photo processing to put a new AAR onto the web site 'The Great Adventure'. But of course no plan survives contact .. well in this case not with the enemy but friend Dave M who hasn't had a game of any sort in 9 months. In fact I think he hasn't played WW2 in 15+ years (maybe more).

So, an introduction to WW2 Spearhead using the small "Attack this" scenario from the rule book (Page 31). This sees a Soviet tank brigade trying to force its way past a German infantry battalion, and its purpose is to allow new players to experience the core SH mechanisms. The playing area is a mere 30" square. The Soviets are attacking from the top edge of the table. The German infantry is deployed up to 20" onto the table.

Dave decided to push his entire brigade down his left flank. The German defender is forced to spread his forces to cover multiple attack channels, so Dave succeeded in rendering about half the battalion ineffective for the first part of the game.


The action pretty soon heated up, with artillery fire beginning the action forcing casualties on the advancing Soviets. The initial morale check on both tanks and infantry established that they were all regulars. 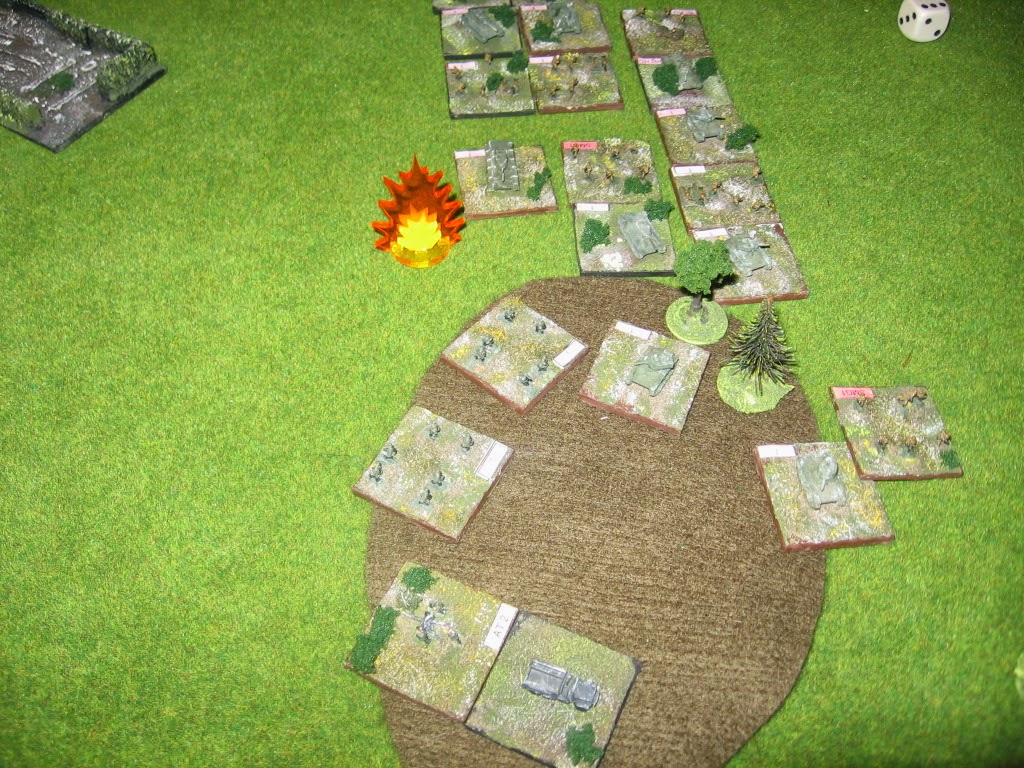 The action was called shortly before the mandatory turns when the Soviet objective of eliminating sufficient German platoons while exiting enough platoons off the German table edge had finally become unachievable.

This is a great introductory scenario. I've played it several times, and it is always finely balanced. I've seen honours go both ways. More importantly I think Dave enjoyed the rules. He had played Rapid Fire many years ago, and like the rest of us had become disillusioned with the inability to recreate historical outcomes. Spearhead allowed him to do this.