On one of my now numerous visits to Dunedin, and the corresponding visit to their major hobby shop, I spotted a box of the Italeri M3 75mm half tracks. I'd been on the look out for more of the Italeri quick build M3 half tracks for the British armoured regiment (the Spearhead army in 20mm). 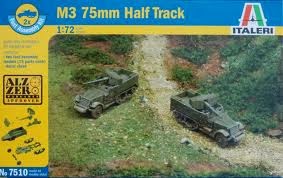 I thought that the 75mm gunned vehicles would make nice AT for the nascent 20mm American force. 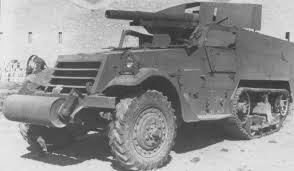 What I didn't realise at the time was that these M3s were only used in North Africa and Sicily/Italy, by both the Brits and the Americans. There are more effective AT options for the North West Europe American forces, but these are .. well,.. 'kinda cute' (is it right to apply that adjective to weapons of war??).

Having bought them, it seemed a shame not to assemble them, and they may well appear with the American forces once complete, Italy or otherwise. 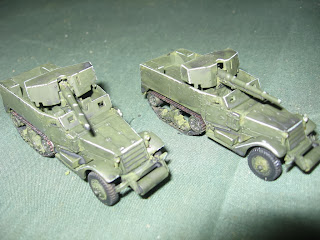 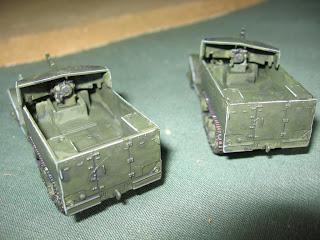 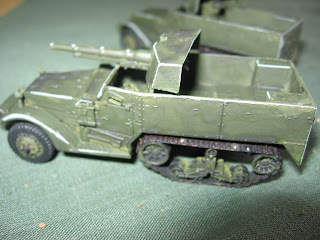 That's another box gone from the games room and into the recycling bin. I'm slowly whittling down on the number of boxes to be packed away.

Just pottering with the Austro-Hungarians

I've just completed these Austro-Hungarian 100mm guns (by HaT) to add to the AH division for the 'Eastern front project' (must surely be nearing completion, surely??).

This photo is of a later variant that had the longer barrel. The HaT models are of the early war shorter barrel version.

Researching the colours, there seemed to be some confusion about the correct early war colours for the guns. I (obviously) opted for the blue/grey colour. The crew are figures form the HaT Austro Hungarian Heavy Weapons box. I thought I'd sue these surplus figures rather than buy a box of their artillery crew. 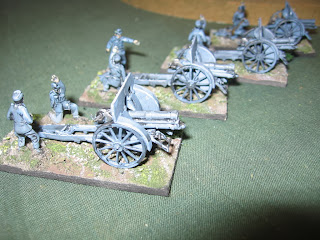 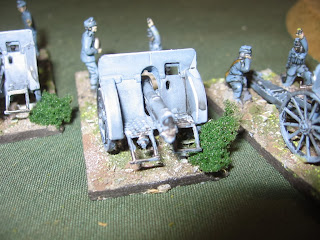 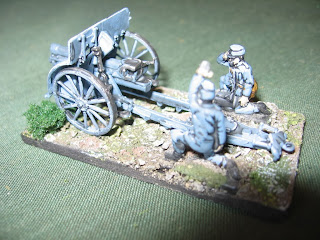 I also had some AH infantry figures left over from those required for the AH cavalry bases, so these have also got the treatment over the past week to add to the infantry division fighting stand strength. 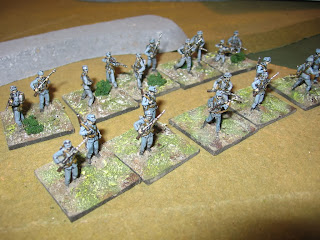 Still a few infantry fighting stands to go, but I'm getting there. Hopefully the division will see action against the Russians this summer.
at December 20, 2013 No comments:

While most of my reading over recent months has been fiction, I have also been picking away at a delightful book titled 'An awfully big adventure: New Zealand World War One veterans tell their stories'.

This is a publication drawn together by historian Jane Tolerton based on a massive oral history project capturing the reminiscences of these men before they all finally passed on.

Several men talk about their time at Etaples training camp.

I love this delightful piece.

"At Etaples we were mixed up together, the Australians and us. We had an inspection one day. One of the heads of the British Army was coming to have a look at us.

The instructors were all British soldiers, up to sergeant majors, mainly sergeants. This instructor started yelling and bawling at us. The chap next to me was an Aussie. Hiles was his name. He started to laugh, and that started off quite a lot of laughing.

The instructor said "Don't you laugh at me. We train lions here."

Hile said "You haven't trained a kangaroo yet, mate." That started us off again.

Hiles got arrested. Three or four of our boys and three or four Aussies got put into jail - in huts. That night about 100 Aussies went down to the jail and let the prisoners out. Then they burnt the huts.

The next day there was another parade and the Aussies were shifted about 2 miles  away. That's when they split up the New Zealanders and the Aussies."

This is the stuff of the ANZAC legend, eh!!!