More progress on the Combat Patrol 400 point painting challenge. These are the last of the Traitors for the Lost and the Damned army. Again, the mix of camouflage uniforms.

First up, the urban camouflage scheme. 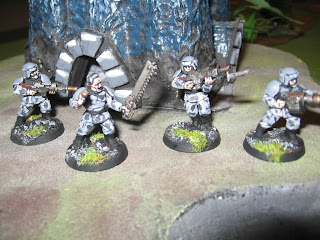 Then something almost (but not quite) 1980s camouflage. We would have talked about camouflage for the European theatre, but you get the idea. 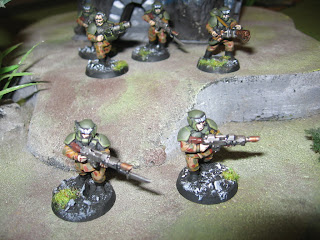 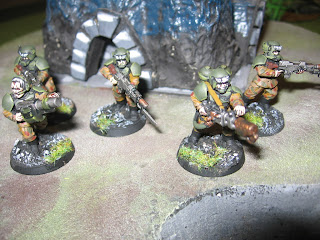 Here is the Traitor part of the CP force complete, twenty traitors, with a couple of heavy weapons. There was plenty of room for figure conversion, but I haven't had the time (nor the inclination) to do any conversion with them. I am looking forward to trying my hand at some mutants though. 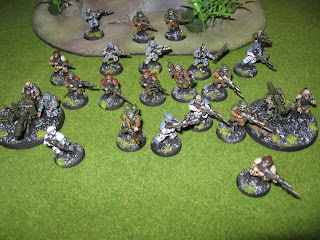 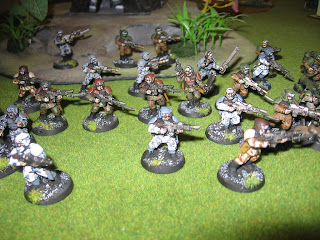 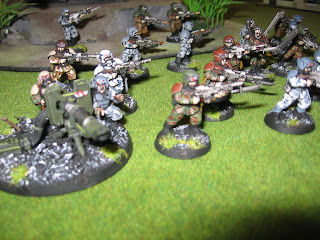 Next however are some Chaos Space Marines. I have no idea what  a L&tD force will look like under 6th Edition, nor the soon to be released Chaos codex. As I've said previously this is more of a painting project than anything else, and the three of us are happy playing with force compositions that have a nice gaming 'feel' to them. Now, where is that box of CSM I bought 7 years ago? And I'm still waiting for the first photos through from Adrian and Andy!!!
at June 30, 2012 2 comments: