We tackled another 5th Edition 40K game last night. We played with 1000 points, my Space Marines versus Adrian's Tau.

The SMs fielded a 10 man Tactical squad mounted in a Rhino, and another 6 man squad in a Razorback, a small Devastator squad with 2 missile launchers, an assault squad with 7 SMs, and a squad of Legion of the Damned. The whole force was lead by a Librarian. The Space Marines are painted in my own Chapter Colours; the Chapter is called "Les Voies Sacrees".

The Tau force included 4 squads of Fire warriors, one large unit of Kroot, 3 battle suits and two Hammerheads. We rolled for mission and were faced with 'Annihilation', using the 'Spearhead' deployment.

The Tau set up first, and pushed the SM force to deploy in the open in a table quarter that had no terrain in it at all ... damn!! 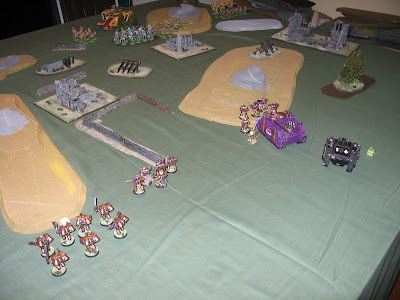 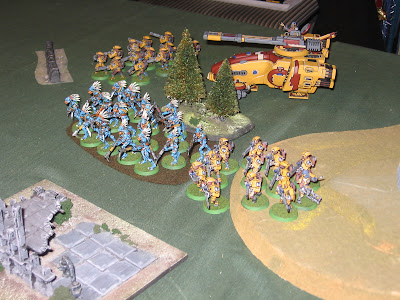 The Tau took the first move, despite the SM commander trying to steal the initiative. Tau Fire warriors supported by the three Battle Suits, drove hurriedly up their left flank, seizing the ruins dominating the flank, and threatening the SM right. The Tau right flank Hammerhead fired at the Razorback and managed to destroy it on the first turn (that was the end of the anti tank support). It then moved swiftly to the right flank to counter an attempt by the the SM Assault squad to move around the flank. 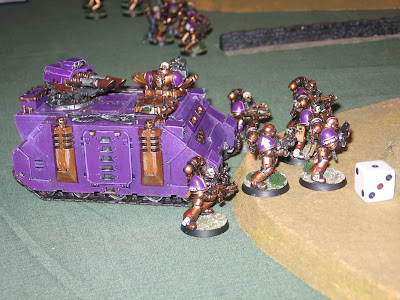 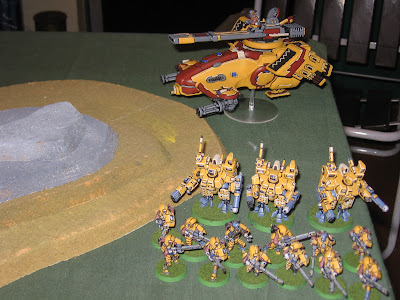 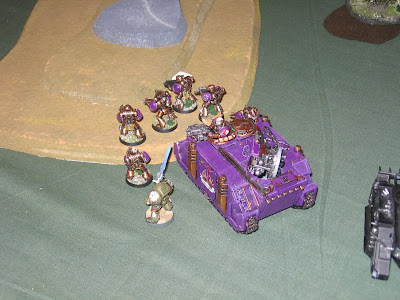 The Tau Fire Warriors on their left occupied the ruined temple which dominated the flank, with the Battle suits taking up position in support. 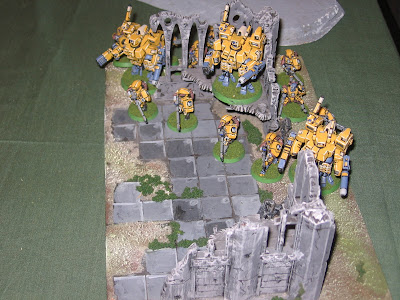 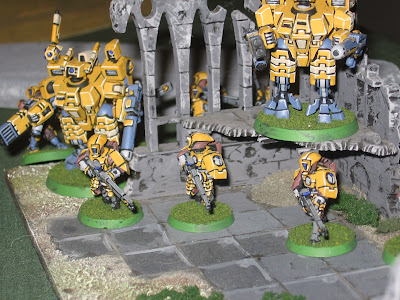 Concentrated fire from the Legion of the Damned destroyed one Battle Suit, while the Rhino supported the other two squads in concentrating fire against the Fire Warriors holding the ruins. The casualties were too much and the Fire warriors fled the ruins in disarray. 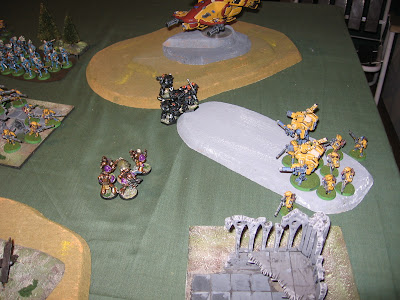 Concentrated fire from the Tau forces eliminated the Legion Marines, but the Librarian took the remainder of his tactical squad into combat with one of the Battle Suits, and the left flank Fire Warriors. The Fire Warriors were bonded and so had only retreated for one turn. 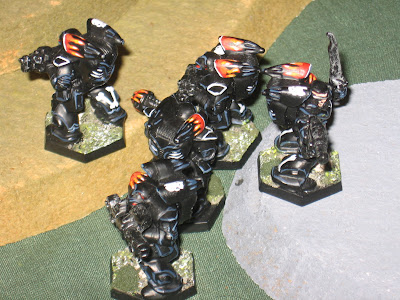 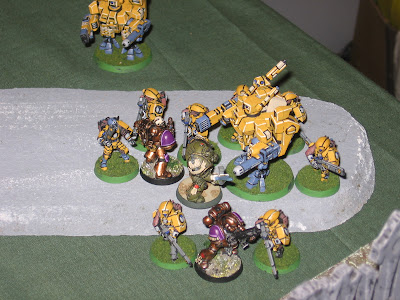 A second Battle Suit fell to the blows of the Librarian, but the Devastator Squad (having already been threatened with additional practice on the firing range as a result of their singular lack of ability to hit anything on the table) had failed their leadership test and so fell back for a turn.

More fire from the larger SM tactical squad inflicted sufficient casualties on the Fire Warriors occupying the central ruins to cause a leadership test which these troops also failed, and so they fell back from their position too. The supporting Kroot quickly moved forward in support and reoccupied the position. 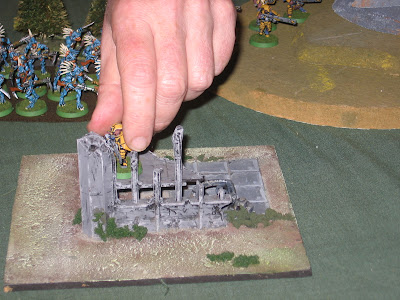 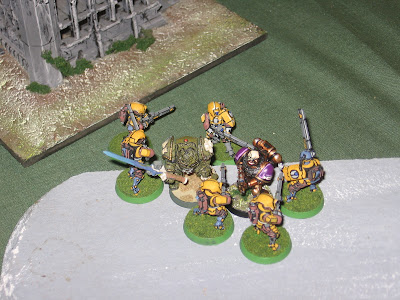 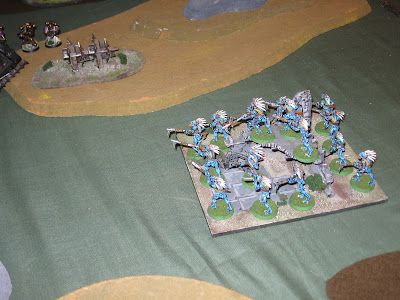 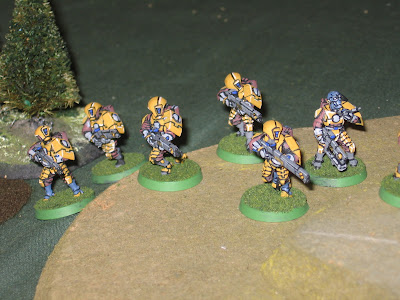 The game turn ended after 5 turns with a roll of 2, and at that stage each side has lost two units (the Battle Suits occupied three force slots as three separate units), scoring 2 victory points each - a draw, although the casualty count in lost troops certainly didn't look quite that flattering to the Space marines.
at September 26, 2009 No comments: