With a solid start made on the 1914 Russian forces for early eastern front battles, I've been looking somewhat longingly on a box of HaT Austro Hungarians that some kind soul had given me several years ago. So, without further ado I've made a start. The box will give me a Great War Spearhead regiment, as long as I buy a box of HaT AH heavy weapons to go with them. They should complement the 1914 Germans quite nicely.

My usual painting style didn't quite work with the AH Hechtgrau I thought (I mixed it manually, by the way), so I decided to chance an arm and try block painting with ink washes and dry brushes. Here is the result on the first 6 stands. The jury is still out to some degree.. maybe with practice I can get a better result. 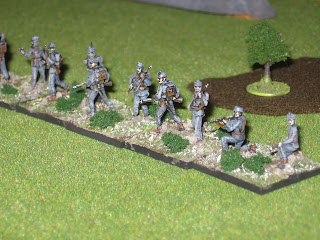 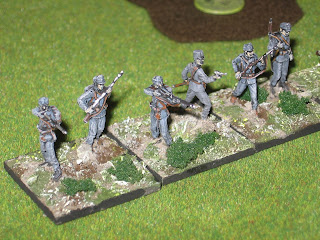 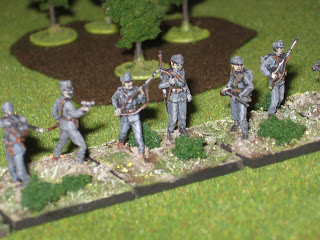