Volley and Bayonet in action

We played a great little Volley and Bayonet game last night.. a small ACW action using my 15mm armies. The action was unbalanced, but nicely so. I used historical OOBs (Cedar Mountain) on a fictional terrain. The battle as we played it ended in a Confederate victory, but to provide game balance the game really required a time limit. The Confederates outnumbered the Union (both quantity and quality) as they fought over a strategic across roads.

This is only the third game I've played with the second edition of the rules. The rules are still fundamentally great, but there are a couple of changes in this new edition that I cannot justify in my own mind either logically or historically.

The treatment of skirmishing detachments in particular presents difficulty IMO. I am having trouble figuring out how a brigade can detach its own skirmishes, and end up increasing its own firepower and melee ability. I have watched discussion on the Yahoo group, but sadly don't feel confident to express my opinion on the list.. and that's not a feeling I've had on that list before.

We still had a great game.. ... and there will be many more. 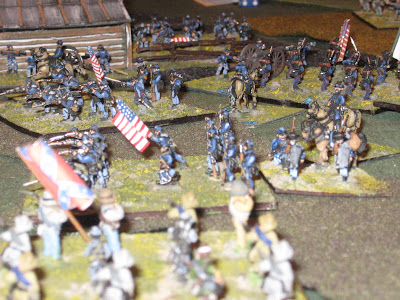 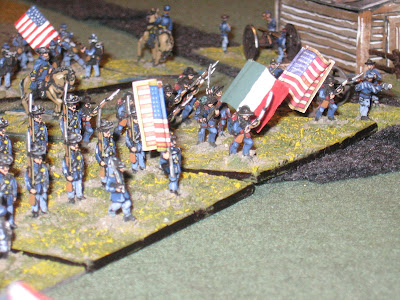 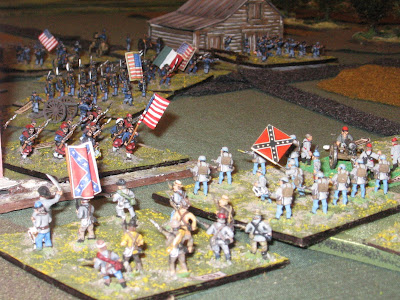 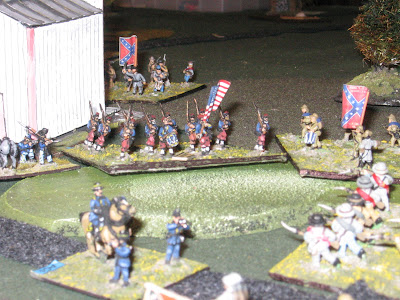 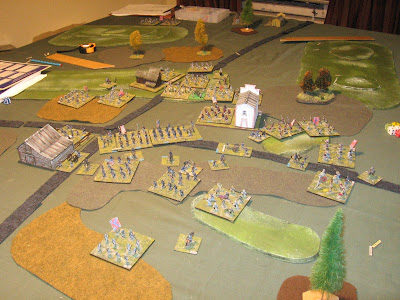 Finally finished the recycling of my old 20mm WW2 figures for Crossfire - well OK some would call it re-basing (the bane of the wargamer's life) but I'm trying to keep a positive spin on this..OK?

The photos below show two completed battalions, both late war: German and British. The photos of the Germans show a range of camouflage uniforms, while the British 'battalion' is made up fROm a company each of standard infantry, commandoes, and paratroopers. This eclectic composition is purely because those are the figures I have, and I like them.. the variety is nice. They will in all probability do service as standard infantry despite their uniforms.

The German were all painted by good friend Gerard D, a dab hand with a brush on those camouflage uniforms. The British were all my own, all from another age when I knew nothing of black undercoats, shading and highlighting etc. I had planned to give these figures a series of washes and highlights to sharpen up their appearance (see my previous blog on the Early German DBA army for an example), but as I mentioned in my previous blog though, I think these have a charm all of their own, even though my painting style has well and truly moved on since then.

The figures are almost all plastics (Airfix, and Esci mostly, from memory) with a few metals mixed in. The metal British commandoes and Paratroopers are Brittania, although I think there are a few FAA figures in there as well.. it really is that long ago that I can't tremember too well where I bought many of them from).

And yes, you aren't imagining things, some of those paras are sheltering behind crumbling brick walls (shades of Arnhem there). Each time we use them we make the jokes about how tiring it must be to haul those brick walls around after them as they go into action....

Now I am looking forward to a few serious Crossfire games. 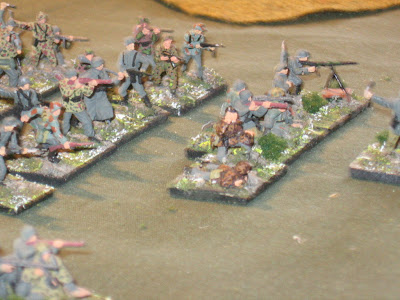 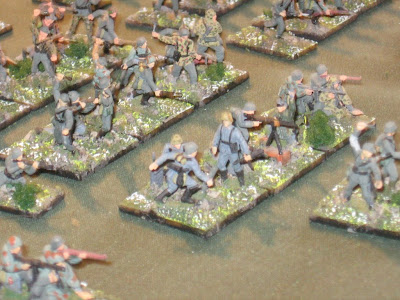 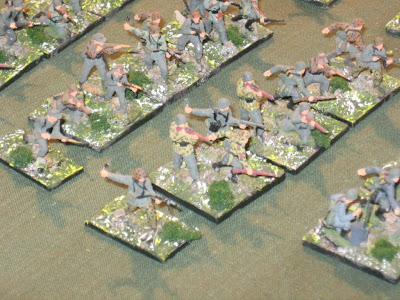 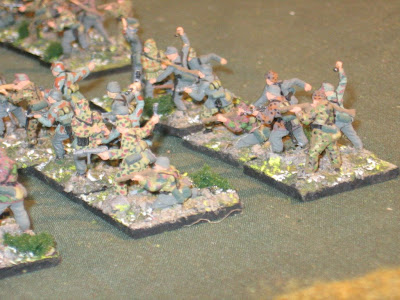 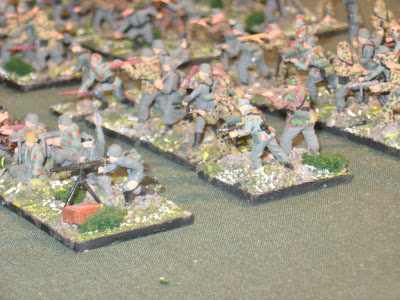 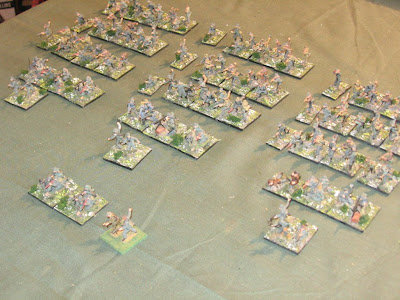 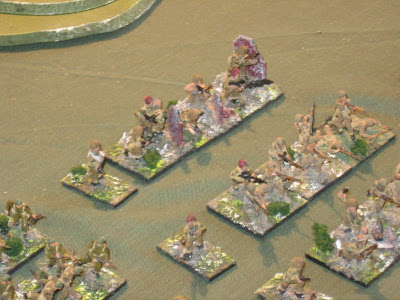 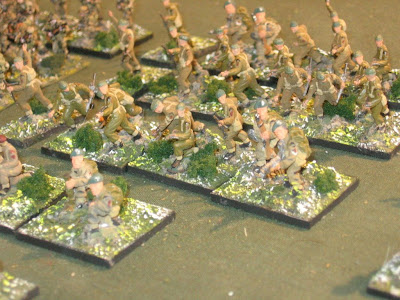 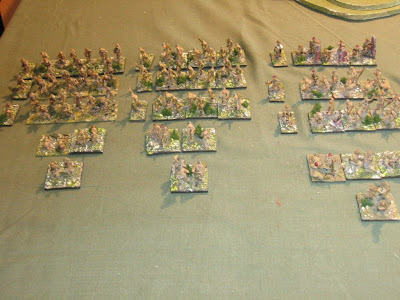