(Almost) the last part of the plan...

I bought the Dwarf gyrocopter kit yesterday. I really don't like assembling the GW metal kits. 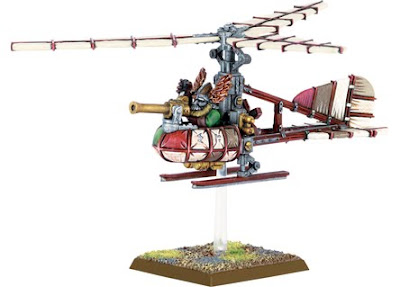 It's almost the last part of the plan for a tactically more mobile Dwarf army (I have to buy some new LC, as apparently the Empire Pistolliers (bought and painted as a Rare Choice Dogs of war selection) are not usable in a tournament army, even in the 'counts as' role).

I've commented previously that I've succumbed to the Artillery lure, with a Cannon, although that made sense as providing something that might take down larger monsters/characters, and after all, how much fun can it be having an artillery piece that might blow up in your face??? (Definitely more fun than a ferret down the front of your trousers, as they say - not that I've tried that too often.. honestly). But this tactical mobility thing is big in my mind.. just gotta see if I can make it work.

I was browsing through my iPhoto collection this week and came across some photos of the air support that I had painted for my Modern Spearhead army: British 1982.

First up, some Lynx helicopters for anti tank support, and a Gazelle forward observation helicopter. 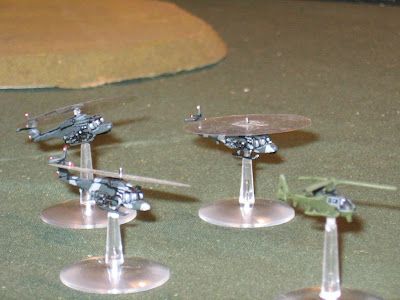 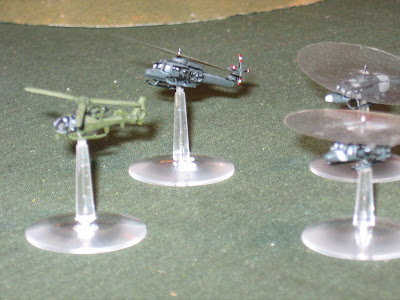 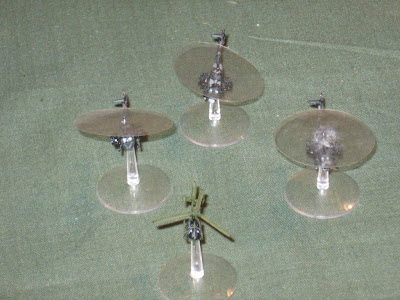 And there's a squadron of Harriers as ground attack support. 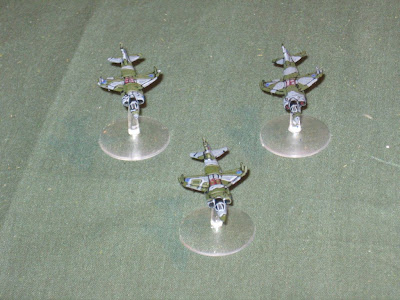 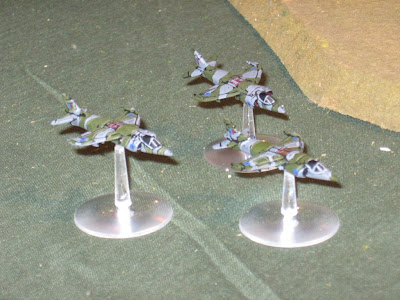 The aircraft are all from the Ros Heroics 6mm catalogue.

I've played far too little of this period and these rules lately. It might be time to get the mechanized infantry in their FV432s, and those Chieftains, out for a little warm up.
at October 04, 2009 1 comment: