Game of Thrones in HotT

I spotted this link to some beautiful armies representing the armies of the Fantasy series 'Game of Thrones' by George RR Martin.

The armies are created for the fantasy rules set HotT (Hordes of the Things).

The HotT 'feature' army of the day ..

From today's HotT Carnage tournament.. just had to be Gordon's Starwars army, made from Lego characters that were originally keyrings I believe. I can't recall the army list, nor the troops types that he used. 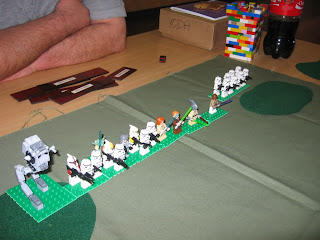 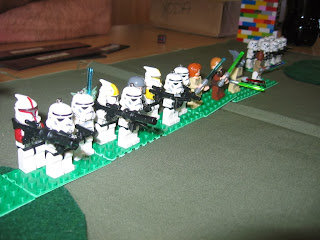 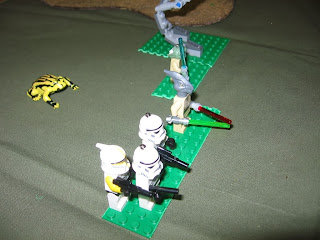 HotT Soviets come out to play

While I had organised today's tournament, I opted not to play as we had an even number of players and, as organizer, I always feel that it's not appropriate to play if this creates a bye for others. However one player left the field, so I stepped in to make sure that the other players were able to (possibly) gather their pints from the last two rounds without sitting out  a bye.

I opted to field my Soviets. The army list is:

This was round 5 and I was playing Paul, a new player fielding a LotR army. 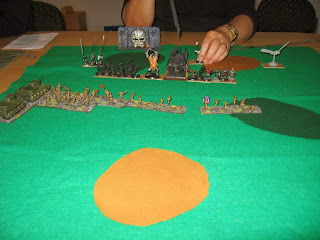 And the game was pretty much all over. Mind you in Round 4 I'd faced Breian and was lucky to grab a draw after an hour of intense play. Brian's a wily campaigner, and good fun to play!!
at December 01, 2013 No comments:

This was the sixth year in which we have staged our HotT Carnage tournament, and this year eight players took to the field to contest the much sought after Emperor Dragon trophy. To begin with here are a few choice shots of some of the armies.

The overall winner for the day was Kevin with his Caveman army.. well done Kevin.
at December 01, 2013 No comments: