A dark ale and a lager, Nick's good company, and a couple of HotT armies - his Indians again, and my Lost Worlds.. shaping up to be a cracker evening. The armies deployed, both hoping that the Gods would favour them. 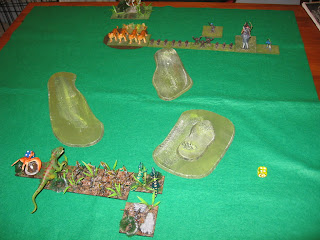 The Lost Worlds forces were seeking out treasure and sacrifices for their Ape God, and were hoping that they might find grist for the sacrificial altar in the Indian stronghold. 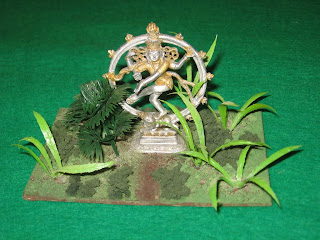 The Ape war bands forged forward, with the general mounted on his royal elephant in support. The forces of magic were also afoot, searing magic spells arcing across the sky, devastating bolts surging from finger tips. 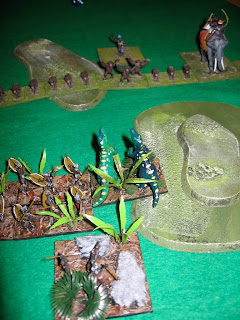 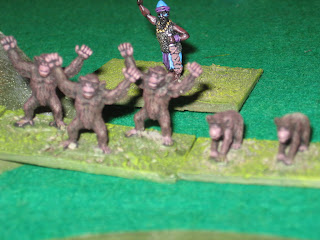 The ape war bands hit the warrior lines, and the LW's right flank was under immediate pressure as their beasts were driven from the field. 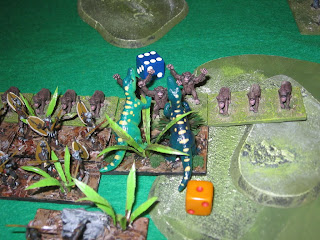 However not to be outdone, the LW's behemoth T-Rex devoured the Indian beasts, and was still hungry for more. 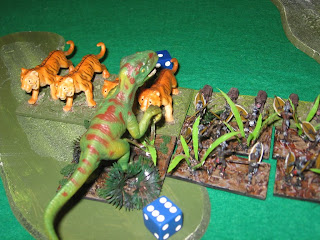 Things became very confused in the centre as war band battled war band. Pterodactyls swooped into the Indian rear, trying to kill the Indians from their rear. 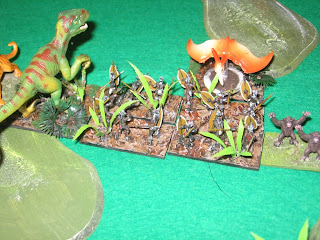 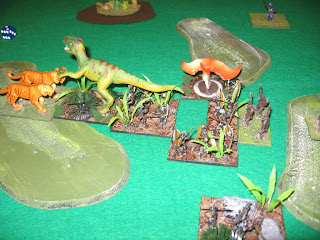 The T-Rex however had perhaps bitten off more than it could chew, and fell beneath the swiping claws and ravening jaws of yet more Indian beasts. 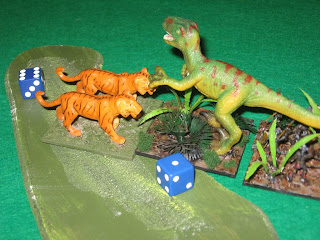 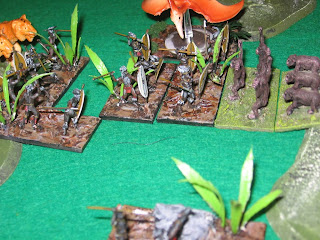 Finally the LWs incantations were answered, and the mighty Ape God appeared. 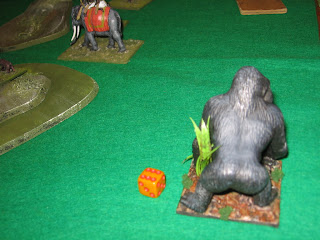 The Indian Hero finally made it to battle, tackling the threat to his war band's rear, and a Pterodactyl fell from the skies. 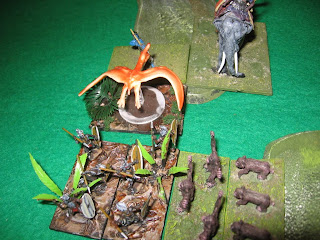 But the Ape God moved in to attack the Indian war bands from their rear, in support of the war band general who had been locked in battle for many turns. 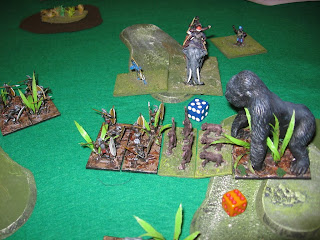 Victory was theirs, and many would be the sacrifices to the Ape God this night.

Back on our own planet, Nick and I managed a second game in which he taught me a lesson or two, giving me a reasonably sound thrashing in return for this defeat. A great night's 'gaming.

Nick has just finished a group of monkeys for his HotT armies.. a mix of warbands and hordes, for his semi historical Indian army and a delightful african animal army (... very cool concept). So he suggested we have a quick game with the Indians complete with monkey warbands. It seemed only right that the Victorian adventurers should front up the challenge. 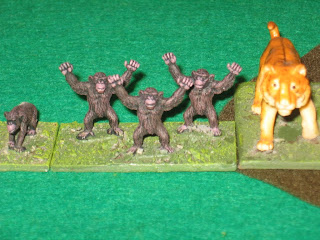 The warbands were flanked by their beast supports as they moved into the rough terrain. 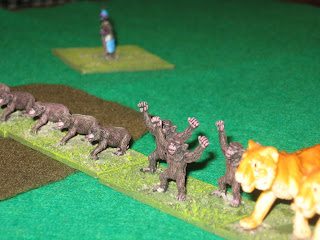 On the adventurers' flank their artillery took guard. 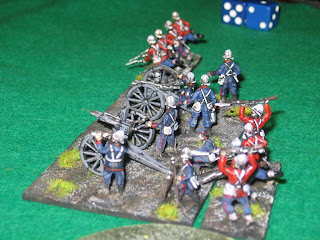 On their left the adventurers deployed shooters and their steam robot (behemoth). 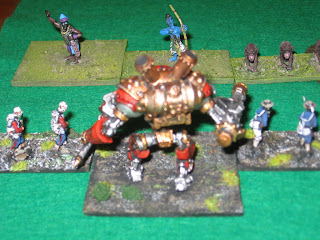 The beasts headed towards the flanking artillery intent on doing some serious damage. 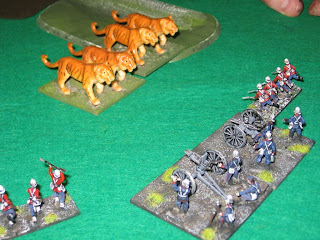 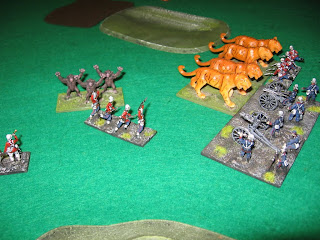 Two ones fell from Nick's hand, and both beast units were dead.... animal activists everywhere were up in arms!! 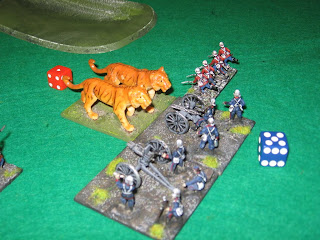 On his other flank Nick decided to go for it, with his hero general leading the charge into the adventurers' shooters and behemoth, supported by his loyal monkey warbands and his trusty magician. 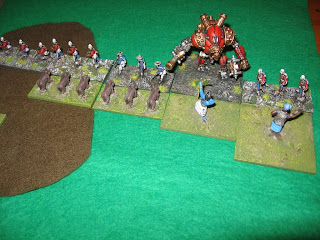 There was lots of 'argy bargy', pushing and shoving!! 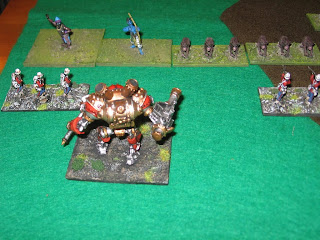 And then the Indian God appeared.... ooo darn!!! 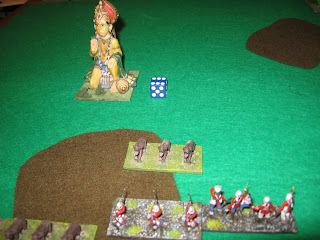 A quick flanking attack on the behemoth.... 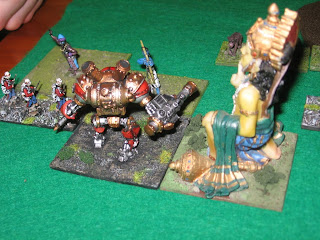 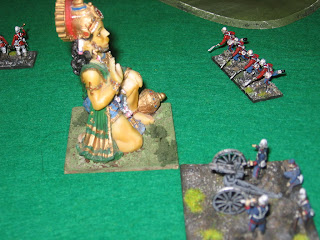 ... and the warbands finished the business, taking down more shooters..all over. The adventurers (well what was left of them) fled the jungles. 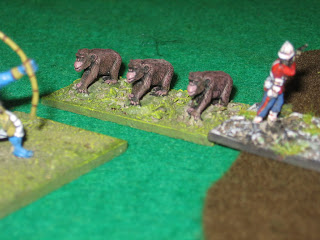