With the regular Friday night 'gaming shifted to a Saturday night this week, Adrian and I played a Renaissance game using the Armati I rules (that's the rules set that combined the Ancients and Renaissance periods in the one rule book, whereas the newer Armati II is solely an ancients rules set).

Adrian was using his newly finished Elizabethan English army against French. The game was fascinating - we each smashed through one flank (logically that means that we each lost the other flank), and then had to turn around to face off against each other again, from opposite sides of the table. Here are some assorted photographs from the game, the figures are early Essex figures, all painted by Adrian. 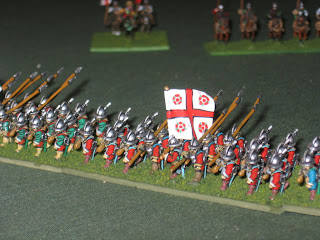 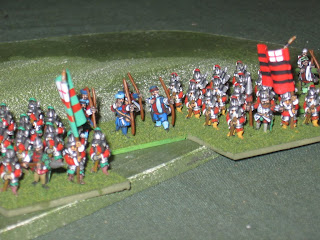 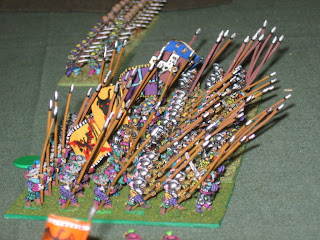 Ahhh, French Gendarmes.. really heavy really elite cavalry.. mwahahahahaha... cue maniacal laugh. This was the flank on which the French broke through, alongside the Millers, and the pike blocks. 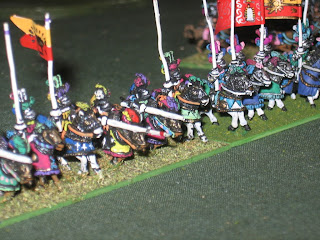 However this is the flank that the English broke through on - English Halberdiers go up against French aquebusiers.. not much of a match up really!!! 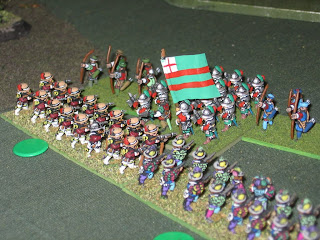 French Millers take on that English left, breaking through in style. 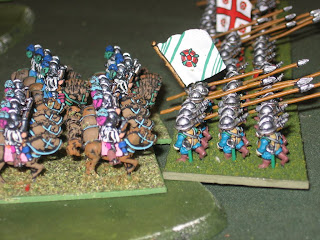 The Gendarmes were held up by two 'speed bumps', the Border Horse of the English army. But that was all they needed to do to keep the Gendarmes occupied and out of the rest of the battle. 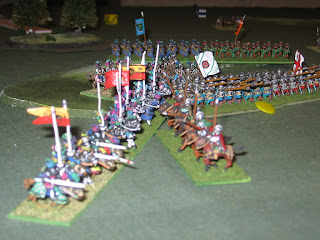 The Landschneckt pikemen breaking through. 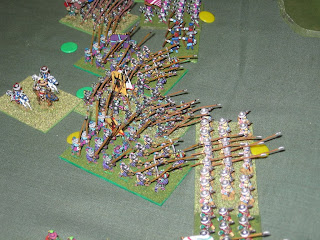 A great game, finally won by the English when their longbow men did some dreadful damage as the two armies faced off for the second time. My poorer deployment as the French commander meant that I'd failed to protect my musketeers and aquebusiers, so by the time we hit the second phase of the battle I'd lost the lot.. damned careless of me really!!
at June 12, 2010 4 comments:

While away at a dancing event this weekend we took the time to visit the Omaka Aviation Heritage Centre in Blenheim New Zealand. Here's a quote from the web site:


The collection is managed by the 14-18 Aviation Heritage Trust, which is chaired by film director Peter Jackson, and has been brought to life in a series of theatrical dioramas constructed with the artistic talent and technical expertise of some of New Zealand's most talented storytellers.

Now I spent a number of years working in the museum world (specifically in the technology heritage area), and have visited many museums both in New Zealand and through Europe. Frankly this is one of the best I have seen. All but two of the aircraft are replicas, and the replica fleet includes three airworthy Dr1 Fokker Triplanes. The presentation is absolutely top class, and it is easy to see the Peter Jackson/Weta Studios influence in the quality of the interpretive dioramas that have been created around a number of the aircraft.

A Taube monoplane - I hadn't realized how large these are in real life. 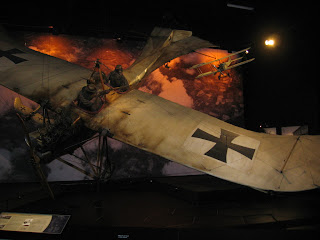 A fantastic diorama of the recovery of a wounded airman form a crash landed Morane Saulnier. The mud and water effects on the ground are so realistic.... 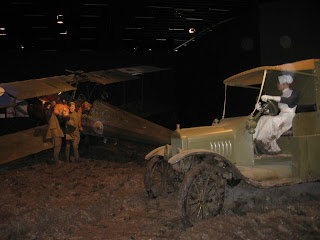 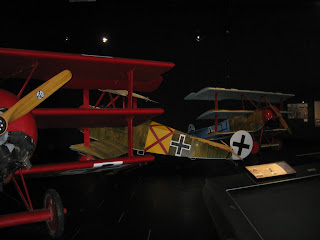 One of my all time favourite WW1 aircraft: the DH2. 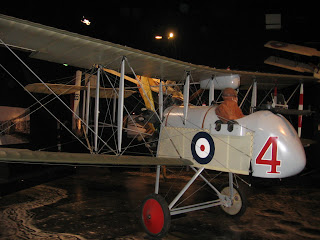 And the diorama of the end of von Richtofen... Australian troops recovering the Red Baron's body and along the way helping themselves to a few mementoes. 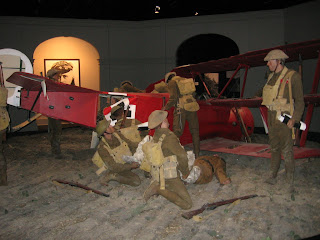 I was going to publish more photos, but am conscious of the copyright issue.. hopefully Omaka won't mind these, as a blatant plug for the whole complex. There are so many more aircraft, mostly WW1, but you are greeted at the entrance with a Ju87, and a Hurricane.

Blenheim isn't exactly on the main tourist routes, but it is in the heart of one of the premier wine producing regions of New Zealand, and here, bang in the middle of such epicurean delights, lies a truly wonderful aviation museum. If you are ever visiting, this is worth detouring to make the visit. I picked up a copy of 'Aces High' on DVD, and the cafe serves great coffee.. I was like a 'pig in sh**'... sigh!!!
at June 07, 2010 1 comment: