Another new project, but this time one that shouldn't take too long to complete. At the October Conquest tournament, I won a 15mm DBA army, one of the pre-packed armies from Corvus Belli - the Iberian Spanish. I hasten to add that there was no talent involved there.. a random draw for those who didn't win a place, and the army was kindly sponsored by Corvus Belli, after approaches from tournament organiser Keith McNelly.

With the DBA tournament at Woolston on 10 January, I really need to get these guys painted, so I've made a start. The photos provide a little insight into the messy nature of my painting table...oooopss!!! 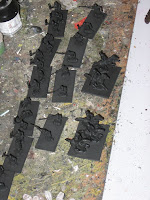 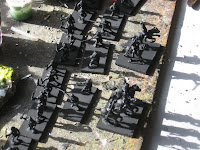 Normally these would be mounted individually on large 6" flat head nails (using blue tack) to provide an easy way to hold each figure, and then painted before basing. However, since the figures aren't based 4 to a base, I've decided to try to paint them pre-based. I reckon that with only 3 per base I can get to the figures reasonably easily with a paint brush. We''ll see.

So, they have been cleaned of any flash (not a lot), with washed with detergent and warm water, based, and sprayed with black undercoat prior to starting the painting.

Wargamers of a certain age will doubtless have noted the recent sad passing of perhaps one of our more famous 'comrades in scale', Edward Woodward.

Woodward most probably came to your attention in his television role as David Callan, spy and hit man with a conscience. However if you are a wargamer of a certain age you are quite likely to have vivid recollections of Woodward engaging in his screen and personal hobby as a wargamer, watching him in episodes such as 'Act of kindness', or latterly in "Callan: the movie" engaging in a napoleonic campaign or, in the movie, playing ACW battles over terrain created by the late Peter Gilder.

At the time of his death I resisted the temptation to make comment, but I guess some could argue that no wargames blog would be complete without some acknowledgement of his passing.

'Gamer Bob Cordery has recently made an interesting and nostalgic post on Woodward, and a quick Youtube search will reveal some nice little snippets from Callan episodes.

It seems to be Spearhead season again, and I've been thinking a lot about Modern Spearhead, as well as playing a few games, and even catching up on some painting. I've had the vehicles and figures to complete another Mechanised Infantry battalion in the BAOR for well over a year, but other projects have taken precedence, until this week.

A game against Keith a couple of weeks ago, and another game yesterday (here's a link to Keith's write up 'Chieftains and Choppers - 1982' on his blog), prompted me to get these guys finished. This battalion is mounted in Saxon APCs, which identifies it as a Mechanised Infantry battalion in an infantry division. 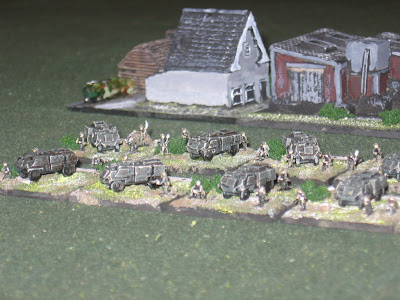 Here's the full battalion of fighting stands (no support stands at this stage) as modeled in Modern Spearhead. 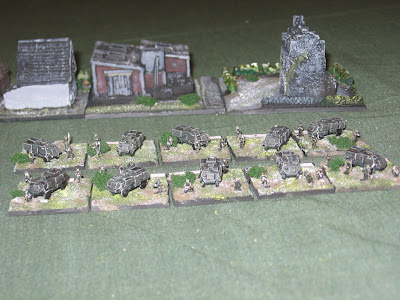 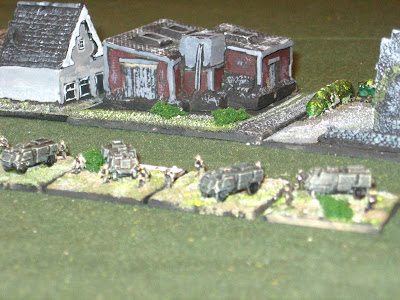 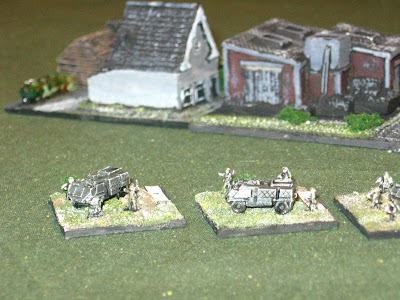