Persians face off against Carthaginians...

Nick's birthday (where have those 28 years gone??), some pizza and red wine with the whole family, and... DBA....  Late Carthaginians vs Late Archaemenid Persians, both Book 2 Armies and ALMOST historical foes (but not quite). Both armies were painted by Nick, and are a mix of HaT and Caesar figures. DBA and a glass of Calvados, shaping up to be a good game. 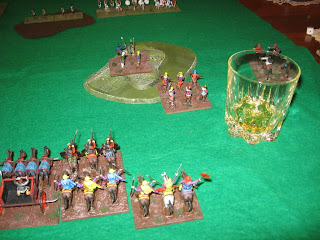 A steep hill dominated the centre of the battlefield, and both sides pushed light troops forward to try to gain the advantage. 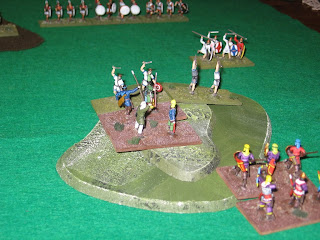 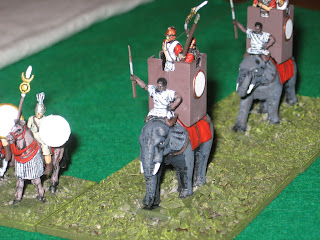 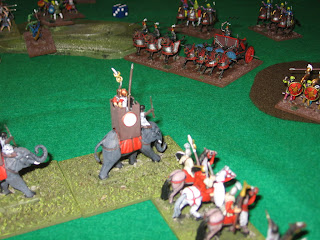 The battle raged across the steep hill. 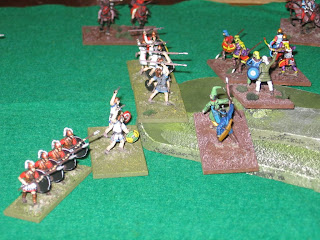 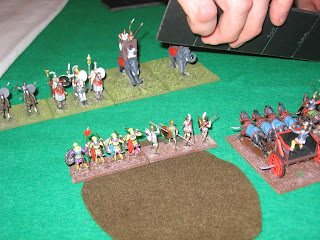 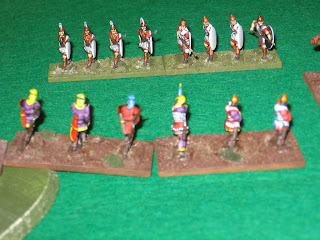 There were two bases if spear in the rough going, expecting to hold out against the Carthaginian mounted wing. 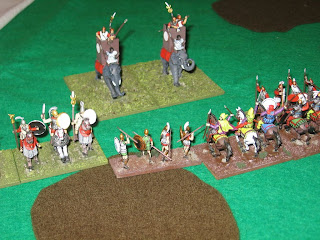 And they may have done so had it not been for several ones in a row from the Persian player... ouch!! 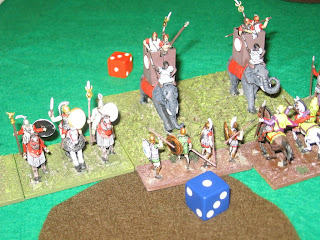 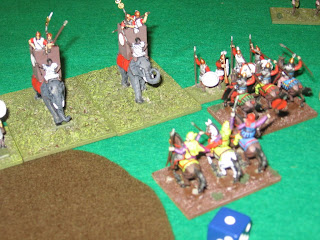 But the Persian light troops won the battle for the steep terrain, winning the bate for the Persians, even though the Carthaginian elephants were progressively pushing the Persian cavalry back. 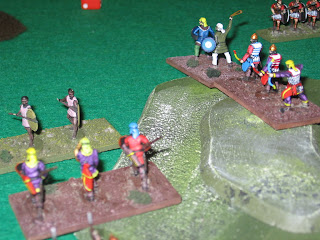 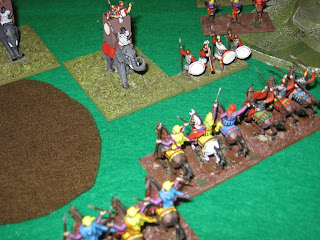 Another great game, and one of the tightest I've played for quite a while. I managed to squeak the win, as much from a couple of badly timed poor die rolls from Nick.
Yep, another great evening. It's as much about the company as it is about the game.
at August 06, 2010 1 comment: