Our first outing with the recently arrived Wings of Glory WW2 aircraft, a B17 with P51 escort dares the skies over Germany. Keith, Nick, Andy and I whirled around in combat.

As promised, I set up a slightly larger and slightly more complex Crossfire game for my College boys this morning. Set in Normandy, June 1944, two German companies with a 75mm IG, and a PzkwIV were advancing against a company of British commandoes and a company of paratroops, supported by a75mm airborne howitzer and a Churchill close support tank.

We still didn't use the full panoply of rules, as I have chosen to introduce small levels of additional complexity with each game(it's a teacher thing, you understand). With this game we introduced indirect fire with a mortar each, an IG each, and a tank each. The game is obviously larger as well. 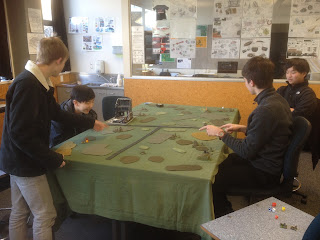 Predictably, planning isn't something that takes place naturally. So deployment and advance were a little uncoordinated, as was the focus of action across the table. They'll learn, all in good time. 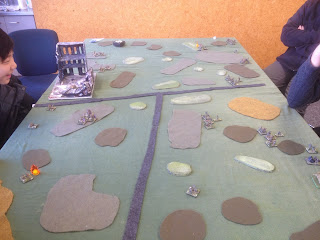 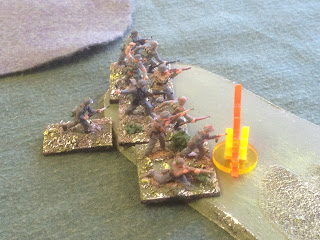 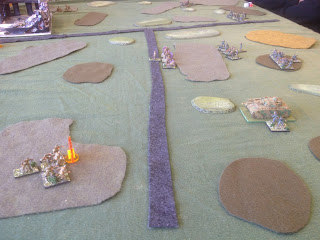 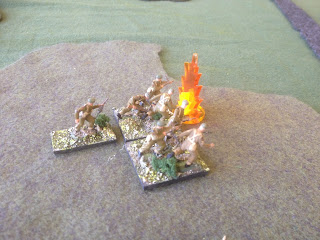 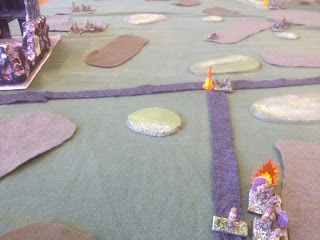 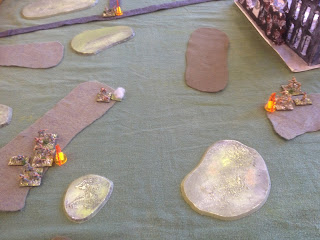 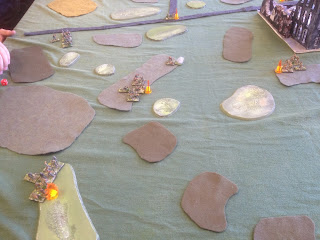 The boys hadn't got their heads around using their mortars to provide either supporting fire or covering smoke, so their advances were often stopped with reactive fire.

They did however effectively see the usefulness of supporting an advance with a tank. No surprises there then. All in all a good game, albeit incomplete. They are keen for more Crossfire action again next week, but this time two separate smaller games with one player each. They felt that multi player games can be a little  less fun if you are the player who isn't 'doing something' at that point in time.