It's been a bit of a drought around here. In a figurative sense you understand. 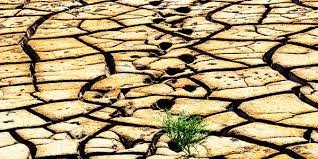 Well, in a painting sense actually. In late January I packed up the old panting tray and equipment, boxed up the gaming room, in fact everything in the house, and at the end of February Lorraine and I shifted into our new house. Brand spanking new, rebuilt on the same site as our previously seriously 'munted' Christchurch house. 'Munted' .. a piece of Christchurch post earthquake jargon for anything seriously

We've pottered away at unpacking, and a few weeks ago we finally got to the point where the study was usable instead of being the surplus junk room for stuff we hadn't got around to unpacking. Even the games room is almost usable, although still not quite. However there she's rested as I've seriously lacked the motivation to even pick up a paint brush. After four years, perhaps the best way I can explain this is to liken our four year post EQ experience to crossing the finishing line of a half marathon. Your mind keeps your body going and carries you across the line. Once there your whole system says 'Yep, I'm done, don't expect anything much for a while now OK?"

However tonight .. well tonight ...  was a momentous occasion. I picked up a paint brush and I started painting again. Just the horses for 9 stands of 1914 6mm French cavalry, but it's a start. As they say to make a start, well, you just have to make a start.

I don't think this was a desultory shower, I think the drought has broken. Small steps and all that.

Although to tell you the truth I think there's still more than a smidgen of 'survivor guilt' going on. I feel for those people who are still fighting insurers and our Earthquake Commission, after four years, still struggling to get what they are entitled to. They haven't yet crossed their finishing lines. Keep going guys... for your own sanity.
at May 05, 2015 No comments: