Arrrr Jim Lad ... there be poirates!!

Pirates, you say? Pirates I say. Another of those armies that began (over 5 years ago) when I saw a cheap small galleon which just begged to be used as an airboat. I've had a box of Orion Pirates sitting in the unpainted figure pile since not long after, waiting.

So, FINALLY!!! The army is underway. I decided that I'd take ore of a Hollywood bright colours approach than a realistic dark sombre approach, and here are the first elements.

More to come - watch this space.

One of those 'And now for something completely different" moments

Having finished the available orc figures (I think this army will grow to BBHotT size at 3 commands though) I thought I'd have a dig through the TBC pile to see what took my fancy. Right at the top was a single box of Pegasus BA6 Russian armoured cars (two to the box), courtesy of Gerard's generosity last year. 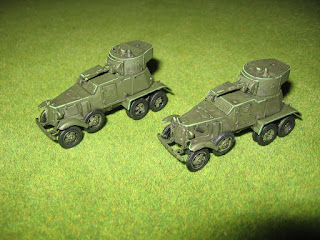 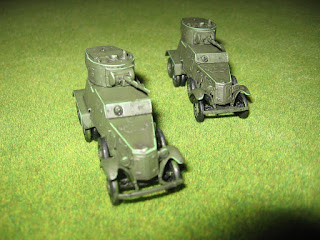 Ahh... awash with early Soviet armour. Feels good, if only I could manage the time to game with them a little more often. Nick Grant.. where are you when I need you? Those 20mm Spearhead games aren't just going to happen, you know.
at June 12, 2016 4 comments: