Jon, Keith and I played a 'test' of the draft Longlier scenario from the upcoming Scenario Book Number 1 for Great War Spearhead. We met in Jon's 'games room, and played the game using Jon's 10mm forces, the first time they'd been on the table, and the first time I'd seen them. They are a delight.

The scenario sees German and French forces advancing in road column, stumbling upon each other in a classic meeting engagement. Jon had adapted the scenario a little, giving the Germans a small cavalry detachment and some additional guns, as he wasn't convinced that they had the strength in 'games terms to have a chance of winning the battle. In hindsight we are not so sure. This push across the river bridge yet again provided evidence that the secret to success in the rules system is to mirror the actual tactics of the time: engage the enemy in a firefight, bring down sufficient firepower to win the firefight, and then (and only then) use movement to exploit the success. Patience is critical.


At this point we had to stop the game, we'd spent too much time yarning. However Jon and Keith will complete the action next week.

On first reading the scenario looks only mildly interesting. However we quickly discovered that it is complex and challenging. As we'd found with our play-test of Morhange a month or so before, there will be a lot of fantastic 'gaming on offer when the new scenario book comes out.
at October 18, 2014 4 comments:

Stan arrived last week with a box of figures and kits, something like Santa Claus (although he hardly has the stature). Included were these two Zvezda kits of Russian guns. I understand that they are produced to go with a model based board game than  Zvezda produces. I took these two kits immediately.

The 76mm Infantry Gun appears as a battalion support weapon, and I've not been able to use these before because I've had no suitable kits. 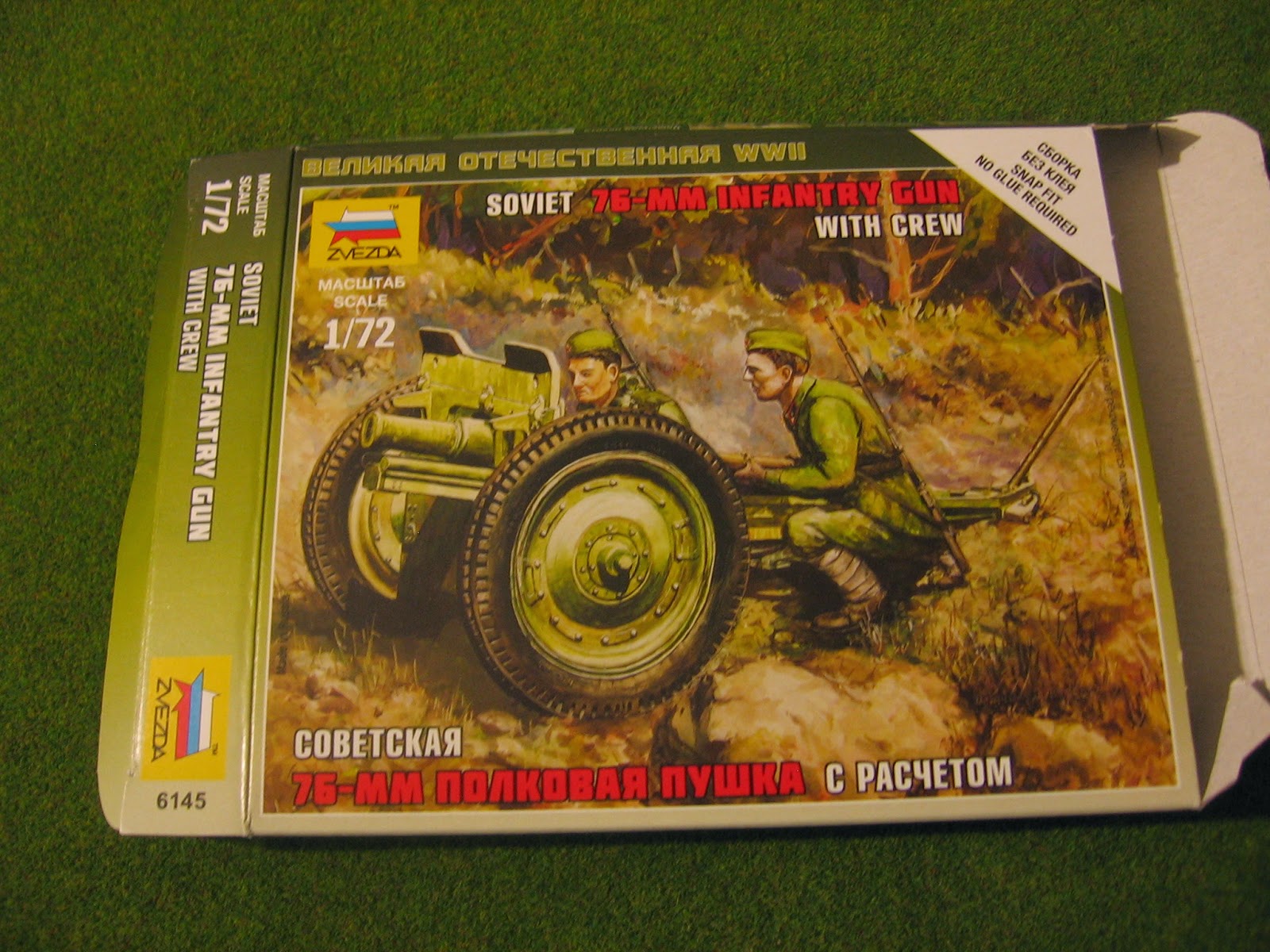 The 122mm goes into the standard mixed artillery battalion which in Spearhead terms is composed of two batteries of 76mm guns, and one of these 122mm. 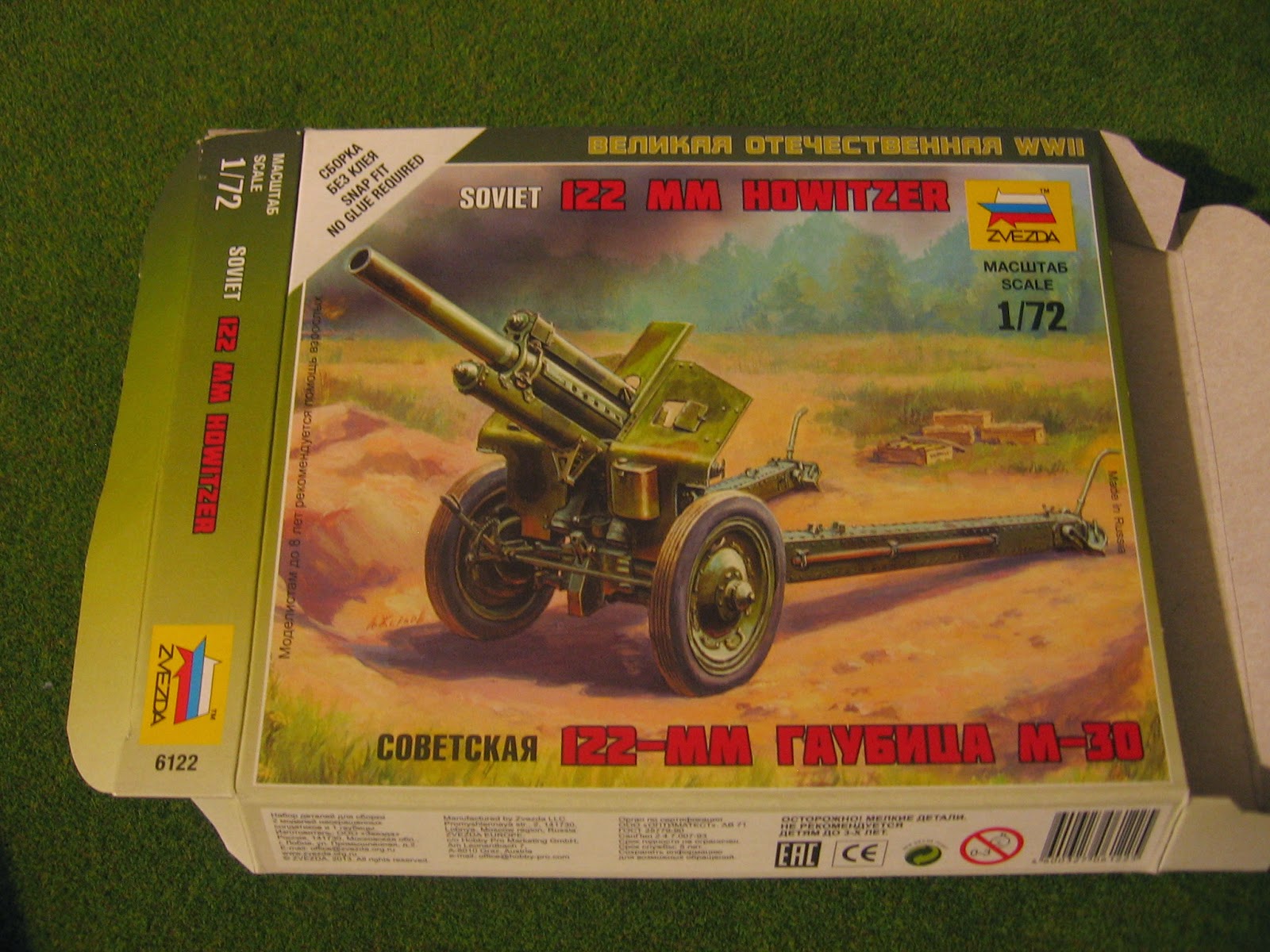 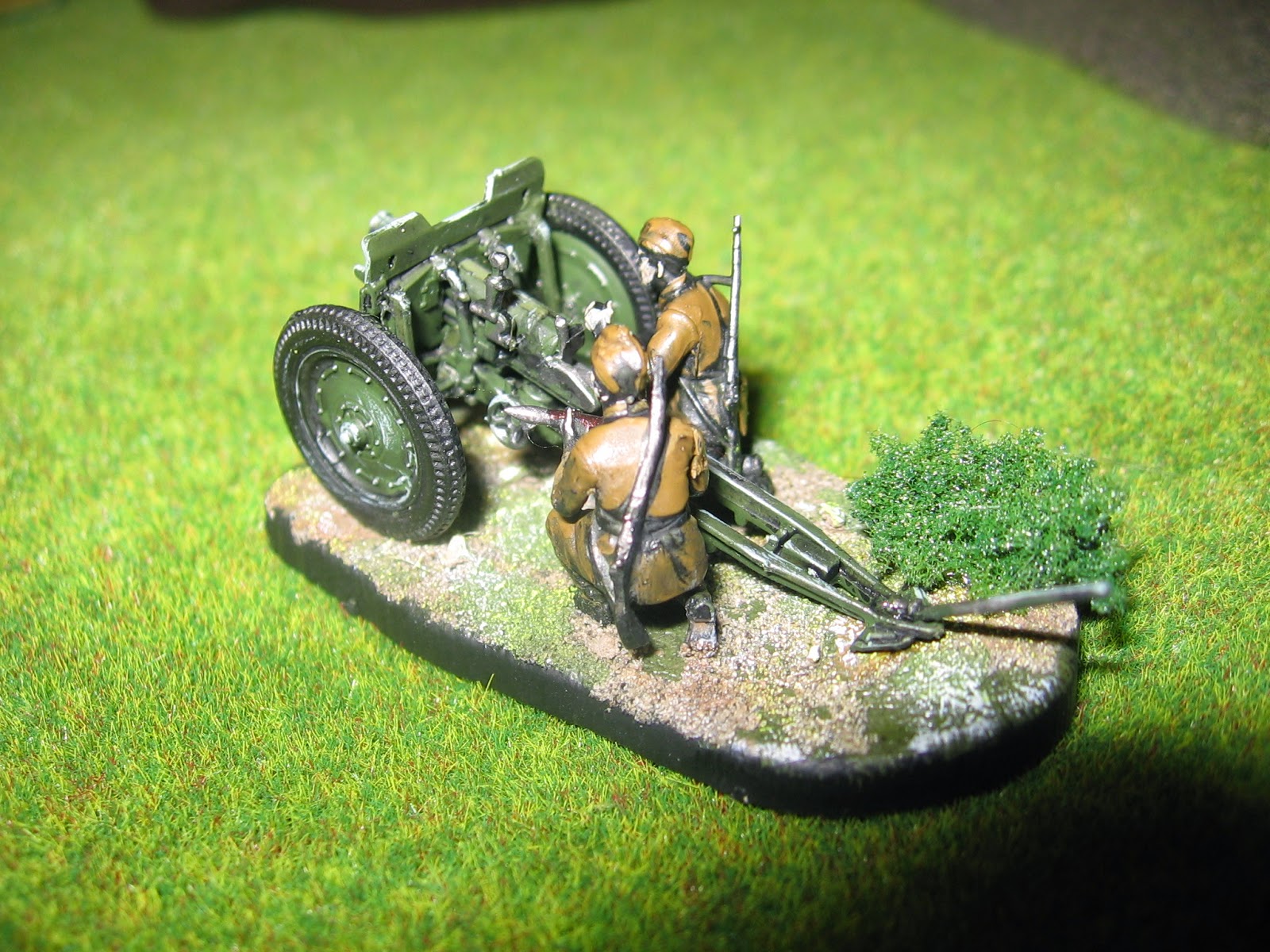 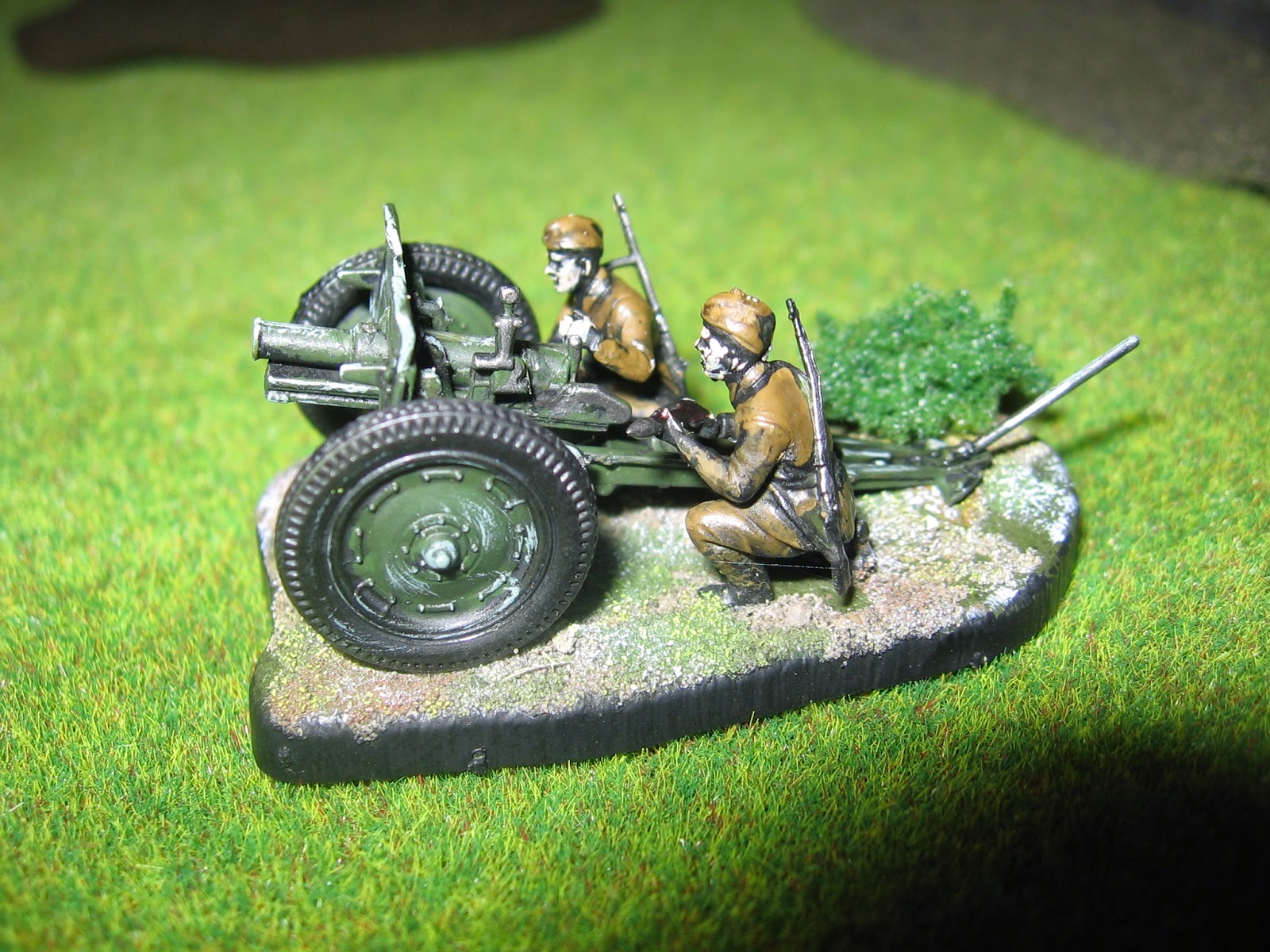 The kits are lovely clean affairs, with some nice detail. If anything the detail is a little fine,.and I had to be very careful with the assembly. The locating pins for some parts were finely moulded, but didn't always line up with their locating holes, but given the general fit of the parts this a minor matter.

I have another three of the 76mm IG on order from Stan, the Spearhead OOB requires one stand of guns for each battalion. A great find, one that will fill out the 20mm Soviet army nicely. Thanks Stan.