I've had these on order for a while, a pair of Pegasus Soviet BA6 armoured cars to provide the recon elements for the 20mm Spearhead Soviet force. A quick visit to Stan's place on Tuesday and I left with these in hand (and some otjer stuff that I'll revel in good time). The addition of these two vehicles see all of the 'essential' components of the Soviet forces pretty much complete. 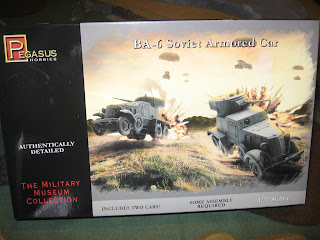 The Pegasus kits made a really nice contrast to the Sturmovik model I've just completed. They are rapid assembly wargamers' kits with a minimum of parts. The parts are well moulded and the kits go together well. They were, frankly, a pleasure to assemble.

The BA6 is not quite the right vehicle for the mid war forces, it should really be the BA32, but as they say 'beggars can't be choosers'. I don't mind if these even have to 'proxy' for the BA32, they still look the part. 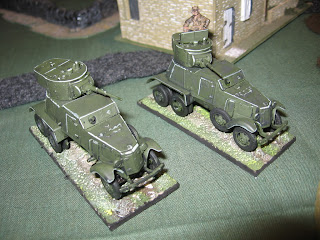 The crew commander seated on the edge of the turret hatch is one of those testimonies to the 'never throw anything out' brigade (of which I am a fully paid up life time member). I acquired a few of these figures a lot of years ago, and this one was 'surplus to requirement' at the time. It has sat in a tray on my painting table for probably 15 years. Finally.. a use for it... in fact I would have been happy with two, but the other vehicle is now completed with the hatch closed. 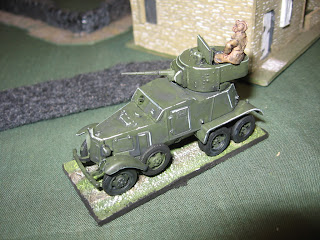 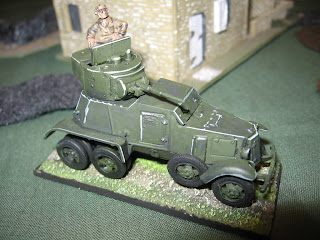 Anything else that I add from now on is really a 'nice to have', but not essential to playing a reasonable Spearhead game on the eastern front 'mid war'

Having said that I can already line up some of the 'nice to have's.. some T26s to play 'early war' games when the T26 was pretty much a staple for the soviet armoured forces. In the meantime, I can check this one off the list and move on.
at May 02, 2013 2 comments:

I've been pottering away at assembling the Airfix Il2 Sturmovik to provide some air support for the 20mm WW2 Soviet Spearhead army. 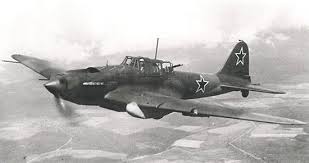 I went looking for the correct position of the bombs on the bomb racks, and found this piece of work from a proper aircraft modeller on the kit. He has done the sort of thing I used to do 30 years ago.. "ee by gum, them were't days laaad".

No wonder I've struggled, if the kit is this bad. This guy's work is inspiring. I'll make do with the kit I've completed, but frankly, you've got to wonder; there are some awesome kits available these days, but then there are the rest!! So here are three shots of the finished product, hopefully covering up the worst of the errors.

I particularly like the last shot - especially if I'm commanding the Soviets he! he! 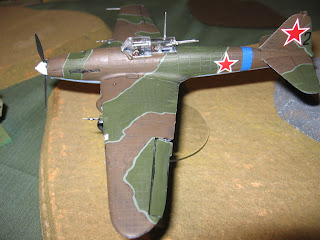 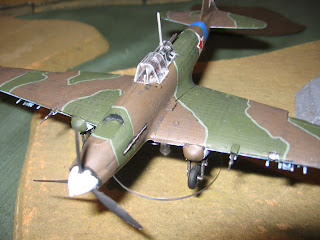 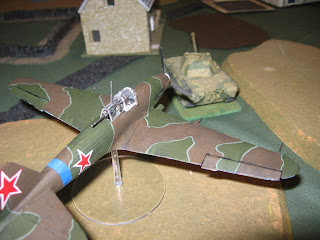