Somewhere on the Russian steppe...

I've been doing some work on the forces necessary to fight battles on the steppes of Russian in 1942 and 1943 using my favourite WW2 rules Spearhead by Arty Conlife. The Russian theatre has always inspired me - as a teenager I fed on doses of history about the battles that raged across the vastness of Russia, and the stories of incredible human endurance that were necessary for combatants on both sides. At this human level my gaming is fought without judgement; I reserve this for the leaders that led nations to horrific wars for motives that seem odd to us today (although I confess to a degree of despair that we are doomed to repeat the same mistakes, under the guise of opposing religious ideology, in the coming decades).

But enough of this, tonight we fought the first battle I have fought for many years set in the mid war period on the eastern front pitting a German Armoured Regiment against a Russian Tank Brigade. I devised the forces to fight a smaller sized battle than usual under the Scenario Generation System (250 points) on a smaller sized table (4'x3'), as we were after a shorter game than usual. The forces were taken from the larger attack lists that I had already devised.

The table, with the Russians attacking from the left, and the Germans from the right. 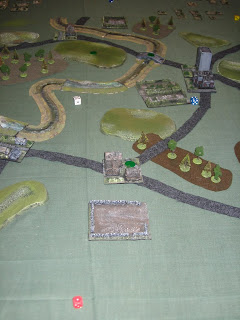 A Russian industrial centre soon to be fought over by the Motherland and the Reich. 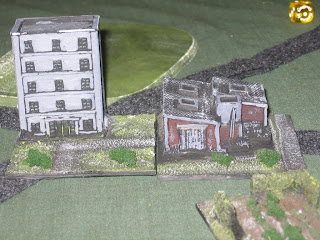 The Russian SMG company takes up position in the woods to secure the Russian right flank. These troops were supported by the Battalion AT company, which held up the German armour for most of the game. 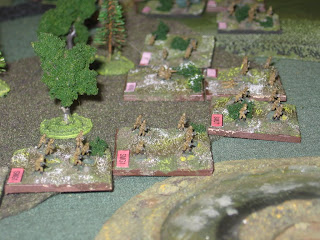 The German armour attacked the Russian right flank, coming up against the Russian AT support. 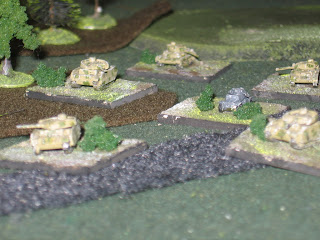 Meanwhile the Russian armour had been held in reserve, and was launched on its way around the Russian left, towards the flank of the German armoured infantry. 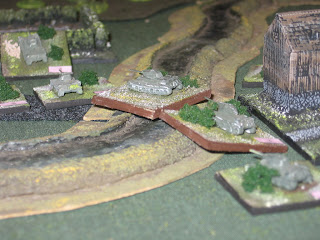 The Russian tank brigade popped up on the German right, facing a Pak40. Finally the Russian artillery (a battalion of 76mm guns) responded to calls from the infantry who brought their fire down on the Pak 40, suppressing it in time for the armoured attack. 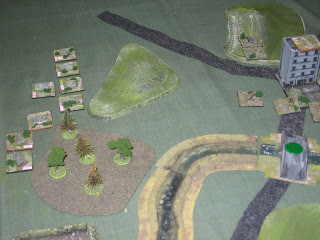 The German armour meanwhile was still hung up on the Russian right and the only AT battery the Russians had. 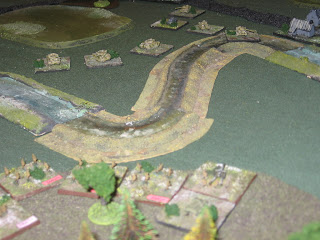 The Pak 40 was gone, and the armoured infantry withdrew into the industrial centre awaiting the arrival of their own armour, which had successfully changed orders. 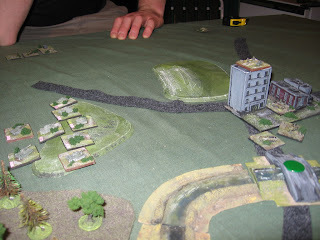 The timing was tight, finally the Russian AT support was suppressed, and then eliminated. 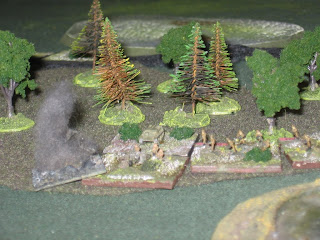 The Russian armour now took the VERY risky step of moving across the front of the German armoured infantry to attack the German tanks. The Russian infantry also moved off their hill in support of their tanks. The infantry paid the price though, with an entire company decimated by the German 105mm guns firing from some way to the rear. 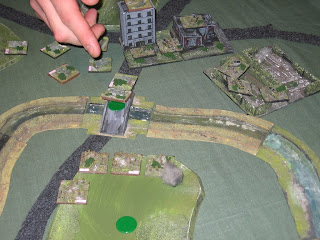 Casualties had mounted to such a point however that finally the German commander found his troops unable to maintain their positions, and so withdrew from the battlefield after a tough day's fighting.

The set up for this game isn't an ideal use of Keith McNelly's Scenario Generation System. I know that Keith has put a huge amount of thought into issues such as troop density etc to make sure that the system delivers good games with realistic troop densities. This was something of a cobbled together game, using the bare bones of the system to create something easy to pick up for a short game. It's testimony to the robustness of the system however that it still delivered a great little game, something of a step up from the first introductory scenario in the rule book, but not quite at the SGS stage.

This was Nick's first real WW2 Spearhead game, and he played really well as German commander. There were some tough lessons, but a lot of laughs. The Russian battalion 82mm mortar battery fired two rounds of fire during the entire game. We were convinced that they were in fact brewing vodka in the mortar tubes, and were pretty adamant that they would not be disturbed!!
at June 19, 2010 No comments:

Given my recent posting on my latest HotT army - the Victorian Science Fiction army, I thought I ought to post this image/avatar from the HaT forum.... I liked it.

It has been a while in 'gestation', but finally the Victorian Science Fiction army is complete (well, playable, although there are a number of other troop types I may yet add). I posted some photos of the first batch to come off the painting line several months ago, and here now is the final product,  a HotT (Hordes of the Things) VSF army:

I chose a darker basing scheme for this army to reflect a slightly darker sinister dimension to the army and the genre. 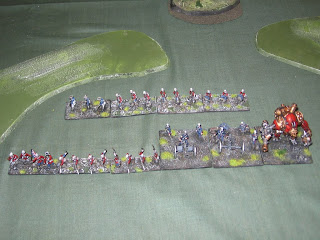 The artillery, with shooters in the background. The Gardner and Gatling guns are from the HaT range. 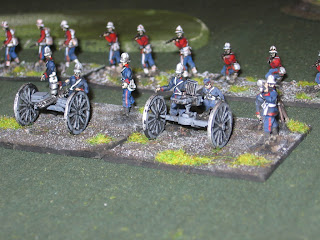 Sailors as shooters, also from the HaT Gatling and Gardner gun box. 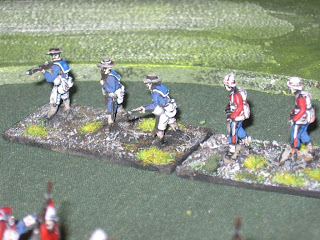 Blade General, all of the rest of the infantry are from the Italeri range. 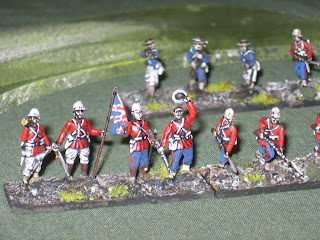 Another view of the artillery and sailors, with the steam powered robot in the background (from the Privateer Press Warmachine range). 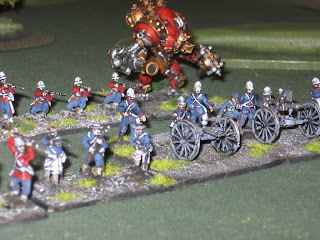 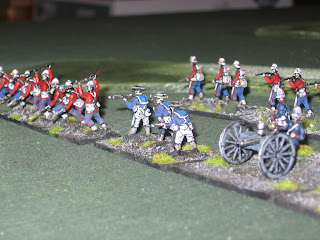 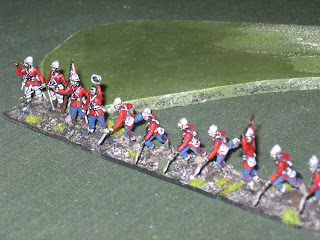 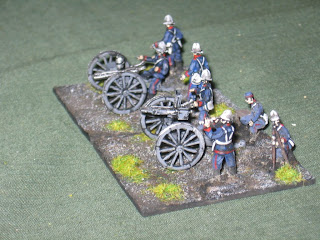 I choose each new HotT army primarily to create a 'different' army in terms of troop types. This is basically a shooting army (none of the others are). I may add an airboat, and some riders (perhaps some of the Victorian lancers??) to allow it to morph into something that plays differently - we'll see, I'm already 5 projects ahead .. AGAIN!!!!!
at June 15, 2010 1 comment: