Those little guys with big axes and attitudes to match

So, here are the first photos of the Dwarf project so far: a unit of Dwarf warriors, and one of Thunderers. I am well behind with the project at the moment as a result of a two week illness that really took away any desire to paint (or do much of anything else at all....).

I had intended to 'speed paint' this army, but frankly I just couldn't bring myself to use dips etc. The best I could manage was some dry-brushing on the mail armour. The rest has been painted using my traditional wet brush layering technique over black undercoat. I'm trying to maintain some consistent themes with the army: all banners for standards, plenty of Norse horned helmets, and of course a limited palette of colours throughout the entire army.

The only worry I have is this: Dwarves are associated with beer, and it seems that drinking beer while battling with a Dwarf army might be mandatory. Sadly my days of drinking those sorts of volumes of beer are long gone. Will I cope? Maybe the quality of my 'gaming would improve with more beer, but I don't think my physiology is up to it. I'll just have to give it a try.

So now it's onto some Longbeards, a Lord, and a battle standard bearer. I want to get a good base of core units completed before I start the Specials. Miners are my key, along with a unit of Slayers. I'm also contemplating a 'Dogs of War' unit under the Rare category.. some Empire Pistolliers to give some additional mobility. I want a Dwarf army that plays differently, so no artillery is on the horizon at the moment. I have no idea if this is an all-losing army I'm developing, but it will be different, I hope. We'll see... players aren't going to slam me for unsporting composition are they? 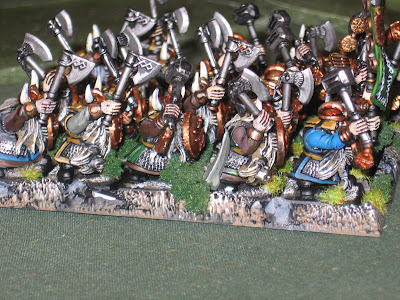 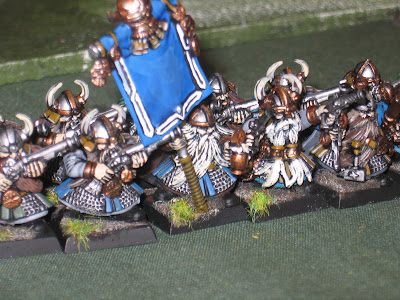 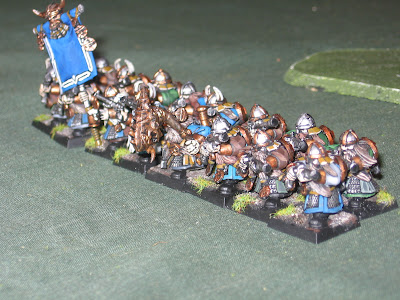 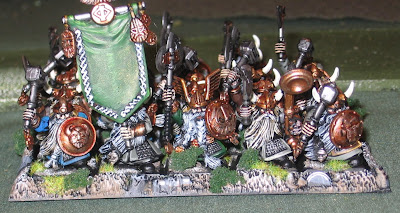 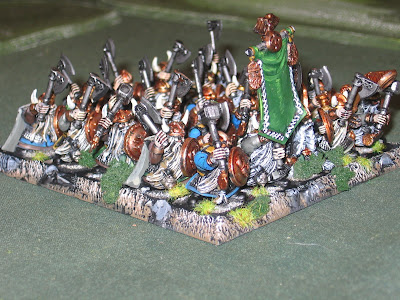