Toe to toe with the panzers ...

The 7th Armoured Division will advance ... ominous words in Normandy 1944. Four of us got together on Friday night for what for me was the first Spearhead game in 6mm for  a "loooong" time.

Andrew and I met Keith and Nick in a game set in NW Europe in 1944. The armies were organised using Keith's Scenario Generation system played using our collections of (mostly) Ros & Heroics models.

The meeting turned out to be an encounter battle, specifically an Advance to Contact. It might perhaps be thought of as a German spoiling attack against a British armoured thrust.
The British force was taken form an armoured division OOB. I chose to take the motorised infantry, with the recce regiment of Cromwells attached in support. There was plenty of artillery support (two regiments of 25pdrs, and two of 5.5" guns allocated from Corps for counter battery work. The RAF was also active with multiple flights of Typhoons allocated in support of the British, coordinated by two separate AGCs. This was a big push for the British.

The initial German deployment saw a battalion deployed on the German left, supported by two platoons of Tiger 1s 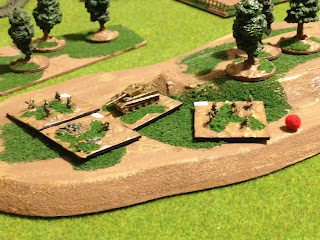 The recce regiment was also supported by three squadrons of M10 Achilles providing AT protection. 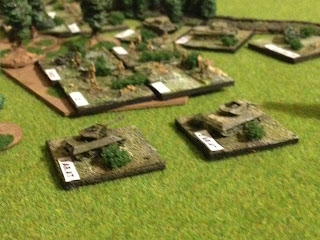 The Tigers were lurking menacingly, in this case in the outskirts of a small town. 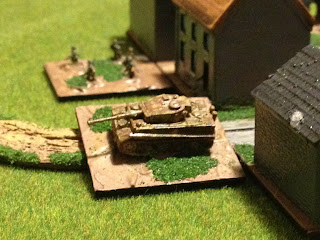 The British right advanced and adopted a defensive position to secure that flank while the main thrust was launched on their left. 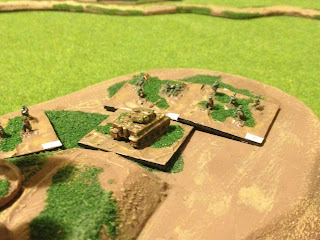 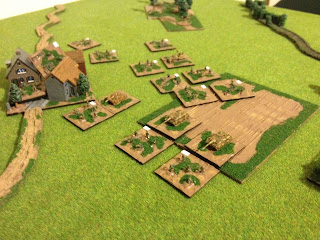 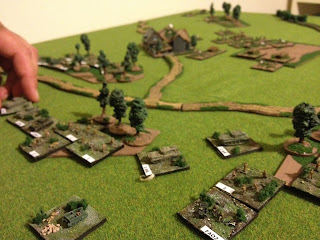 Having felt that they had a measure of the British attack, the German command launched their armoured reserve, protected by three flak platoons - an Ostwind platoon, and two platoons of Quad 20mm flak. 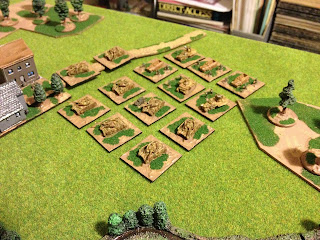 One of the British AGCs called in a strike of Typhoons against the German right, determined to winkle out the Jaddpanzer IVs and Stugs. Meanwhile several concentrated stonks from an entire regiment of 25pdrs was beginning to have an effect on the waiting German infantry. The British counter battery artillery had also been active, locating and eliminating some of the German 1200 mortars. 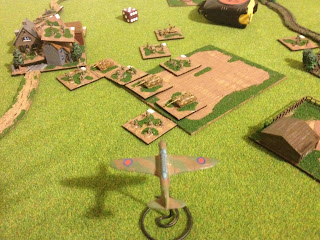 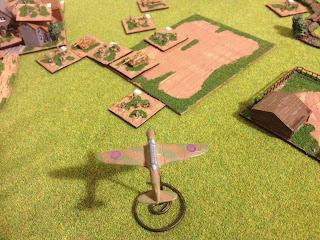 The other British AGC spotted the arrival of the German armoured reserve and called in another flight of Typhoons (fairy battles in masquerading..) The first attack was driven off by the heavy flak umbrella. 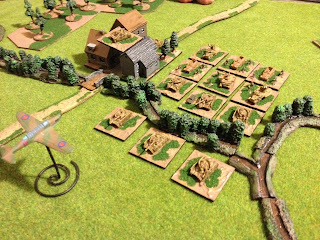 At this stage the German command also ordered it's left flank battalion to attack the British right. The troops move. 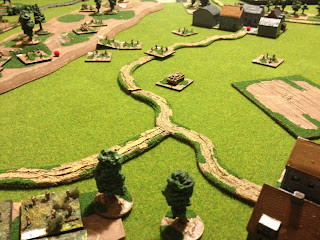 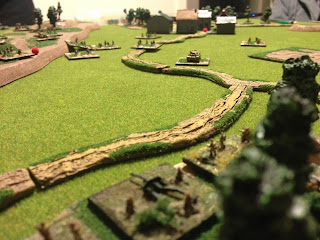 The German armour reserve in the centre now lost contact with its AA umbrella as it crossed a river (the entire formation was seriously disrupted), and the Typhoons struck again, destroying a platoon of PakwIVs. 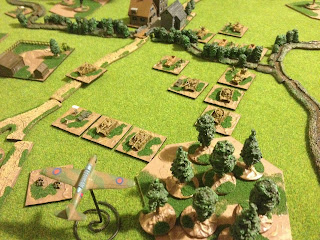 The German armoured reserve also now came under fire from the Achilles, and the battalion had now taken serious casualties. In addition the German battalion on the right was finally forced to withdraw having taken over 50% losses.

At this stage we called the game (it was late).