My copy of Kings of War Historical had arrived some time ago, but had remained untried. I grabbed some Huns, and some Barbarians, added a Beast of war to each for approximately 1000 points, and Adrian and I went for it, dark beers in hand. 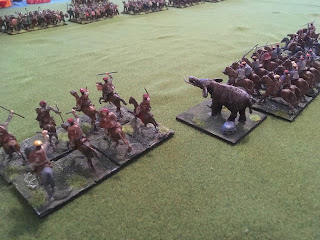 The barbarian beast raced forward and attacked the nearest unit of Hunnic lights. 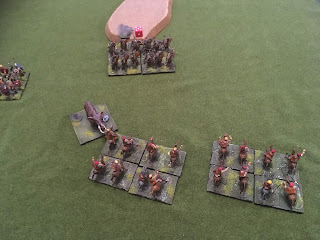 The Barbarians adopt a defensive posture on their own right. 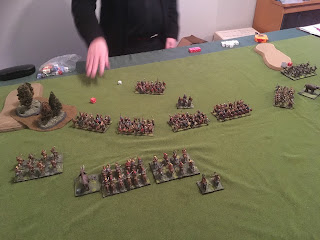 On the Hunnic left their beast and heavy cavalry charge in and immediately break their opposing barbarian warriors. 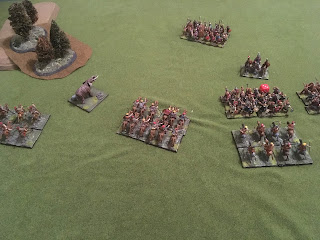 The barbarian infantry then attack the Hunnic lights on the Hun right. 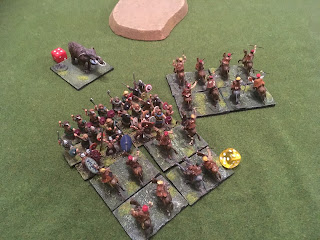 In the centre the barbarian assault the Hun general, and his supporting unit of lights. 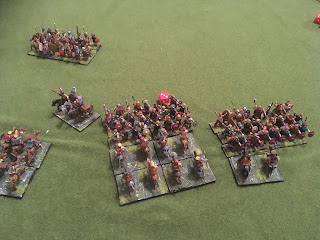 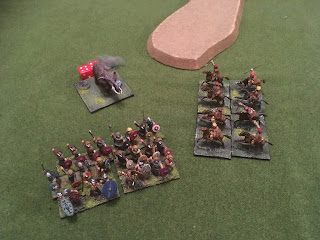 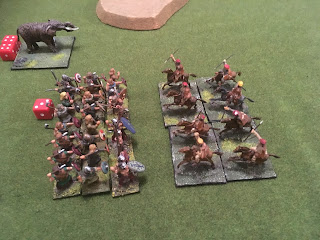 The victory goes to the Huns.

As a game this was a little bit of fun. However .... as  anything resembling an historical fight, it left a lot to be desired. I deliberately meleed with the light cavalry. They were effective. In fact the mounted army felt a little over powered. It might be the system;'s way of saying that you need a balanced army. A foot army with just two mounted units is hardly balanced. On the other hand an entirely mounted army is unbalanced, yet as  a battle it felt pretty one sided.

We might try another game but without the various combat modifiers (such as 'Piercing' etc). Perhaps with the base factor only the game might balance out a little.


When all said and done, it was still good to get the plastic on the table, push it around, and roll some dice.
at November 04, 2016 No comments: