Well to be more accurate, the commander of the BAOR mechanised brigade struggled (and that was me, in case you are wondering). This was my first Modern Spearhead game in over a year, and I have to say firstly that it was an excellent reminder of exactly why the Spearhead rules system is one of my two all time favourite rules systems.

The game was organised by Keith, and my opponent was Andrew, commanding a WarsawPact 2 force (shall we say Poles, or Czechs perhaps?). The game was created using the latest version of Keith's scenario generation system (although Keith had set up the terrain to save time). Rather than give a blow by blow account of the game, here are a few observations on my own approach to the game which I hope might highlight some of the facets of the game that I like so much.

I used a mechanised infantry battalion, supported by a tank regiment, and cross attached infantry with tanks to give two combined arms maneuver units. There was some limited AA support from three Blowpipe detachments, possibly only slightly more useful than their namesake, but fortunately not required because Andrew in this case had taken no air support of his own. My own force was supported by a flight of Lynx attack helicopters, and another flight of Harrier GR1s.

I began the game by adopting what I thought would be a secure defensive position with an on table battalion, but events proved that I misread the terrain so that the advantages I thought I'd taken turned against me. Using my Electronic Warfare Counter-measures, and the Corps' long range medium artillery that I'd bought in support of my defending forces, I worked hard to eliminate Andrew's supporting artillery, and air defenses, managing to destroy half of one heavy artillery regiment, and forcing it to retire from its positions, and stripping out one of his on table air defence units, all in preparation for the deployment of my own air assets.

I then attempted to bring on my air units in support of my flanking attack. The Harrier failed to arrive, but the Lynx showed up using a way point placed to allow it to reap havoc with the tank battalion that Andrew had defending his own left flank.

Requiring anything but a 1 to suppress, and a 3+ to destroy one of Andrew's T55 platoons, I promptly threw a '1', illustrated in the last photo of the selection below. The overall strategy was reasonably well conceived (I thought), but my poor on table maneuver of the armoured units, combined with my misreading of the terrain, gave Andrew a well deserved victory as he read the terrain better than me, and showed the patience necessary to break my own flanking attack.

It is this multi-layered aspect of the Modern Spearhead system that is so appealing. As a player you have to 'get your ducks in a row' as they say. As a player I have to make a good plan that combines my assets with the terrain, time and space in order to defeat the enemy. In case you hadn't noticed, I'm not that good at it, but it's damned good fun!!

Here are a few photos from the game. The last photo illustrates that classic 'gaming moment.. the 'certain kill' defeated by the '1' on the die..lady luck is a fickle mistress!!! . but I tend to the philosophy that on average she will reward a good plan. 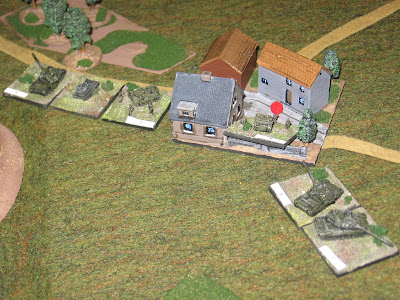 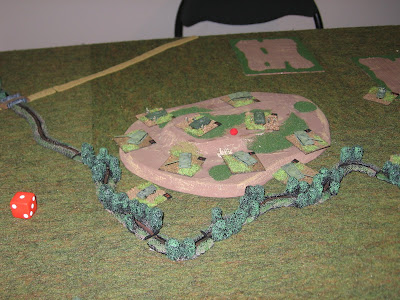 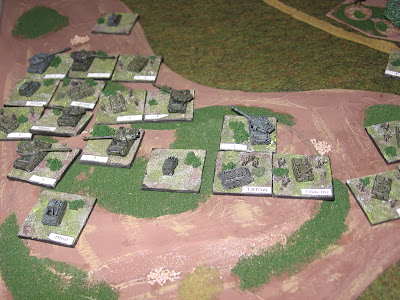 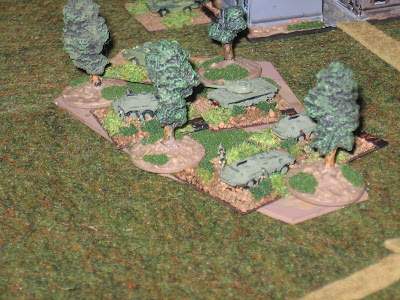 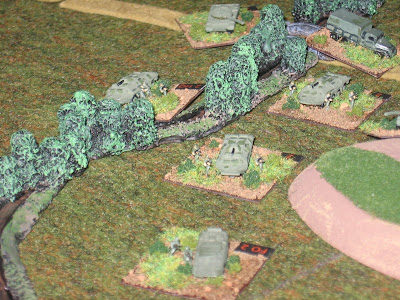 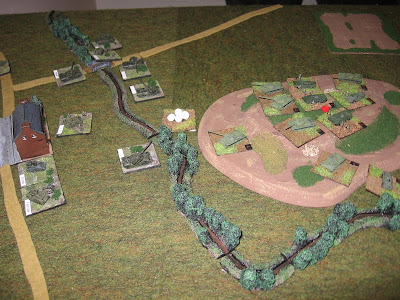 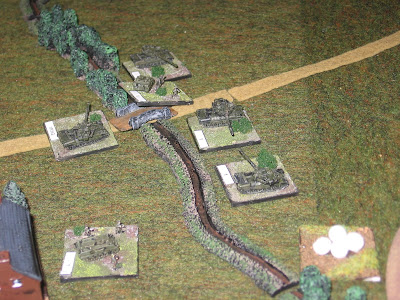 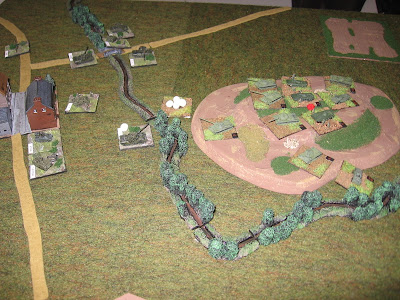 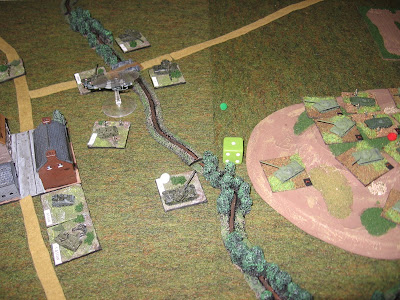